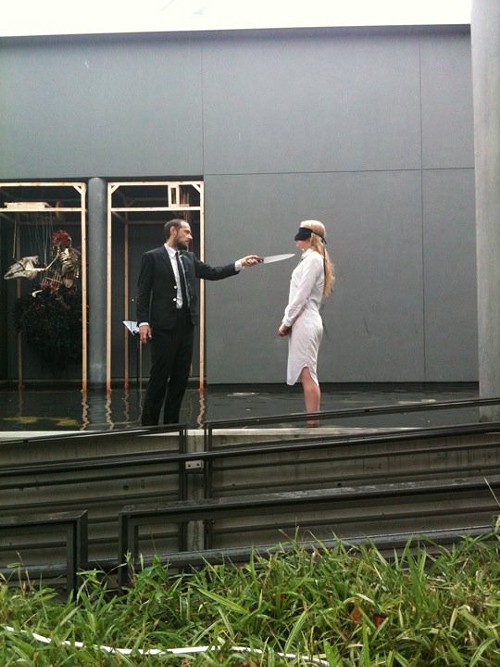 It was a hell of a weekend for performance art in Seattle. Implied Violence went for five hours straight in the reflecting pools at the Frye, the Frenchman Christian Rizzo was at On the Boards, and Portland's Oregon Painting Society pulled an all-nighter at Seattle U's Hedreen Gallery.

The most famous of the three, and the most buzzed-about, was the one I found least exciting (possibly I am a reactionary to the reactionaries; you know, a bigot for the left, as Woody Allen would say): Rizzo. It was fine. But why all the fuss? It just felt so Western European, and so modern (black and white, formalist, Eurosilly Donnie Darko bunny mask, abstract and anti-pragmatic) while Implied Violence, by contrast, seemed both pre-20th-century and brand new, and definitively American. I'm writing more about the IV show in this week's paper. 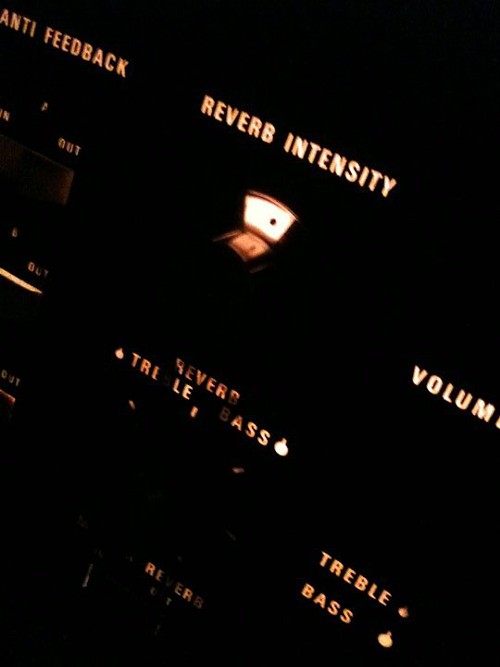 Oregon Painting Society, meanwhile, was psychedelic and ebullient. They provided creepy masks, a disco ball, and various set elements (included walls of pastel-painted and -printed stacked boxes), and you could go around playing every element as a musical instrument. A pair of real potted house plants was hooked in to the sound mix and ready to be played. You could play the knobs on a tabletop, or play the piano, or a spinning wheel. You didn't really talk to the other people in words, you responded to the sounds they were making with sounds of your own, channeled through the objects. I wonder if Christian Rizzo stopped by; I think he'd have dug it.

(Pictures on the jump.)

More images on Facebook (friend me to see them). 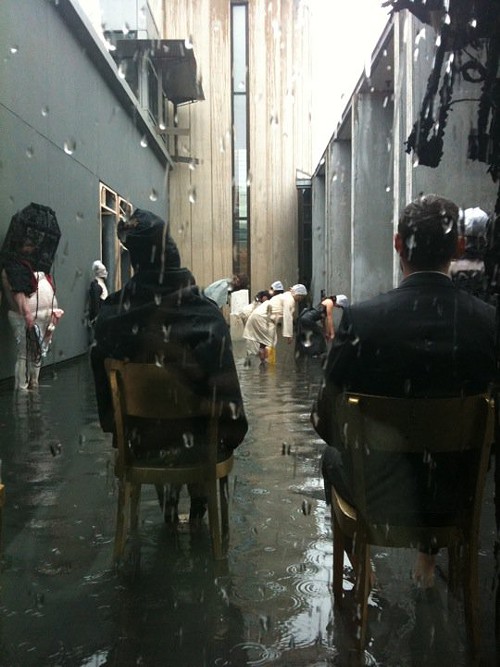 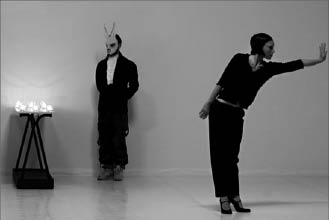