The Stranger Strongly Suggests Seeing Belle & Sebastian, Even Though It's Not in This Week's Stranger Suggests 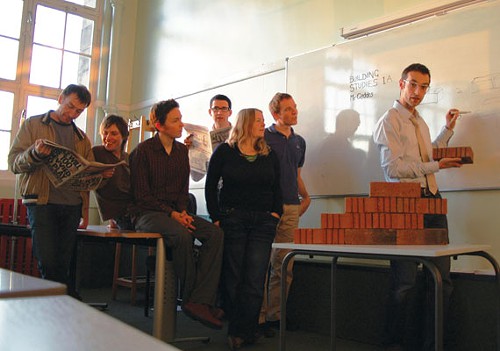 I was on vacation for the better part of last week, visiting family and friends and booze-slinging dogs in California, which means I wasn't around to pitch Belle & Sebastian for this week's Stranger Suggests. I did write most of this article about Belle & Sebastian while on vacation (woo!), but if that's the only thing you read about them, you might get the impression that their show, Wednesday, Oct. 20th, 7pm, at Benaroya Hall as part of the City Arts Fest, wasn't worth going to. (Or, if you only picked up the print edition and read the music lead, you might not even know they were playing a show, since we forgot to include the usual show info box [vacation!] ugh.) That's because the article finds the same fault with their latest album, Write About Love, that I have with most of Belle & Sebastian's post-2000 output:

Their first three or so albums and accompanying EPs were full of wispy songs that sounded as though they were home recorded by a talented but rather shy band. In the 2000s, though, the band increasingly favored relatively slick, glossy, bright and brassy numbers that sounded like they were recorded by a (gasp) confident band in a professional studio. Admittedly, this is the oldest charge in indie rock, but in this case it really sticks, and, for some longtime fans, it stings.

But this is not to say that the live show should be missed. Quite the contrary!

by Leona Moore-Rodriguez and Luis Rodriguez