An Arizona teen (of course) attempted to stab his mother after she refused to let him dress up like "gay Justin Bieber" for Halloween. From AZ Central:

The 12-year-old boy had been grounded Halloween night after an argument with his mother, who said his costume idea was disrespectful, police spokesman Sgt. Mark Ortega said.

After throwing a tantrum and getting grounded from trick-or-treating, he grabbed a knife from his room and threatened to kill her, Ortega said.

The mother disarmed her son without injury and called police.

Police arrested the pre-teen on suspicion of threatening his mother with a knife.

In a related story, this kid is a dick, and deserves everything he gets in life—which will probably include becoming the governor of Arizona.

In another related story, here's a new picture for my "I'M WITH ASSHOLE" photo collection. 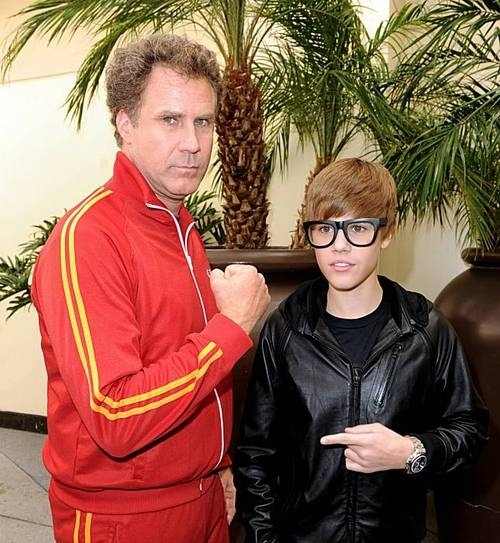 (Hat tips to Blogtown regular D Medoza for sending in this story.)