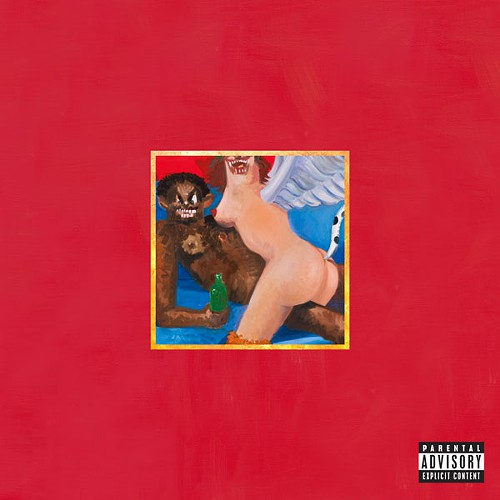 Because I love it when Schmader writes about pop music:

From the start, it's been Kanye West's problematic shtick: creating extraordinary music while engaging in behavior that makes him impossible to love. Even for his biggest supporters—from the Pazz & Jop critics who awarded him top album honors two years in a row to the fans who bought millions of his records—West's surplus of self-regard has threatened to become a deal-breaking turnoff. Verbose self-love is a noble superstar tradition: Muhammad Ali's witty boast explosions won over the world. But West's bouts of self-aggrandizing bitchery diminished everything about him. Was the artist responsible for lyrics as deep and funny as those of "We Don't Care" and "Family Business" and music as rich as Late Registration really too dumb to know that Grammys are arbitrary bullshit?