A Review of No Age's "Everything In Between" 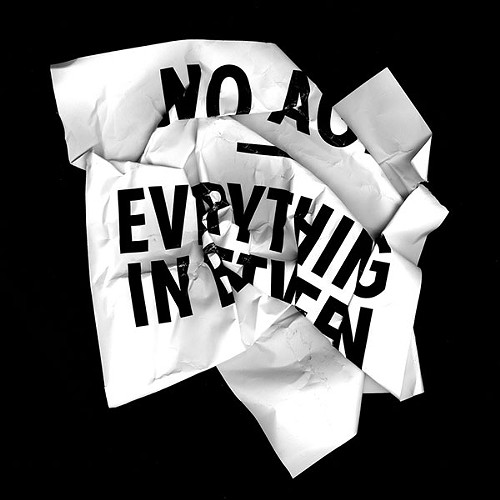 No Age's new album begins with a kick-drum pulse thudding with industrial-grade distortion, a steady pounding somewhere in between an urgent knock at the door and a jackhammer. But it's a fake-out. The guitar drops in, and it's slight and pensive, undercutting the initial intensity. The melody loops, guitarist Randy Randall adds a distorted figure, drummer/singer Dean Spunt starts singing, someone plays some glassy keyboard notes, but the song never really explodes. In fact, nothing on Everything in Between ever really explodes.

Eruption isn't a requirement for a successful rock song, of course, but it has been a defining feature of much of No Age's best stuff, from individual songs to the shape of entire albums. No Age's previous records were animated by a tension between, on the one hand, rock muscle and pop sweets, and on the other, ambient noise. Skuzzy but essentially conventional songs would come bursting out from passages of washed-out guitar drone, with the effect of making them seem all the more barreling. The same structure would play out within songs, as with the teasing build and release of Nouns' "Eraser," whose ascending guitars seem to hit a false summit three times over, prolonging the tension each time, before the song eventually blows its top.