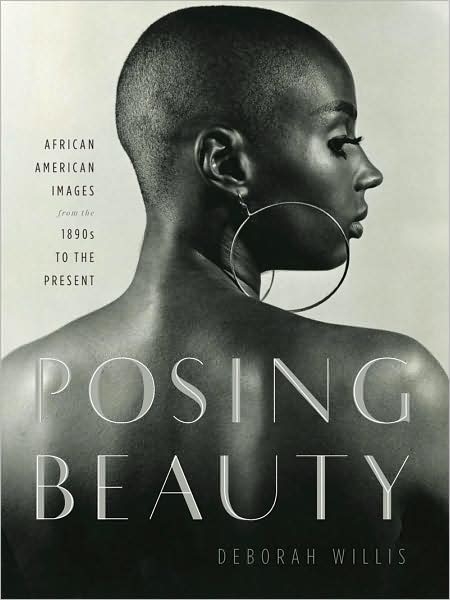 In September, I wrote here about preeminent African American photography scholar Deborah Willis, who has quietly been a visiting scholar at the University of Washington for the last couple of years. Now, we know what's she's up to: She's been scouring the photographic record that's been amassed in Seattle, and working on an exhibition for the Henry Art Gallery. It will focus on photographic representations of body image in the joint collections of the Henry, the Burke Museum, and UW Library's Special Collections. Her selection will include art photography—from local contemporary photographers to a group of 1930s Japanese photographers in Seattle—but also vernacular and ethnographic sources.
Sponsored

"I haven't created the permanent title," Willis said in a phone conversation late last week. "But it looks at beauty, vanity, and body images in a broad way. Body image as a narrative—that's something I have been thinking about a lot, mainly as a person who has gone through breast cancer, and chemo, and a bald head, and how people are stigmatized by the aspects of that. So that's a connection I'm trying to go through. But also there are early Native American images from the 1880s, and there is a sense of how women as subjects are seen as objects of desire."

Later this spring, she's hoping to visit Seattle to solidify and begin organizing the almost 100 works that she wants to present. She says the exhibition is probably about two years away.

But this week, the head of NYU's department of photography is coming to Tacoma. She'll speak Wednesday at 7 at the University of Puget Sound, in a talk that follows up on some of the conversations from the Race and Pedagogy National Conference that took place in October at UPS.

"I'm going to discuss the work of about 15 photographers who focus their work on how race matters as a teaching tool, from style images to images of enslaved women from the 1880s, to images today, where we can look at advertising and consumer culture, and how race is used in connecting that history," Willis says. The talk is unrelated to her work in Seattle.

Willis's exhibition Posing Beauty recently closed; a related book was released in conjunction. About that book, the publisher writes:

As a student in the 1970s, Deborah Willis came to the realization that images of black beauty, female and male, simply did not exist in the larger culture. Determined to redress this imbalance, Willis examined everything from vintage ladies" journals to black newspapers, and started what would become a lifelong quest. With more than two hundred arresting images, many previously unpublished, Posing Beautyrecovers a world many never knew existed. Historical subjects such as Billie Holiday and Josephine Baker illuminate the past; Angela Davis and Muhammad Ali take us to the civil rights era; Denzel Washington, Lil' Kim, and Michelle Obama celebrate the present. Featuring the works of more than one hundred photographers, including Carl van Vechten, Eve Arnold, Lee Friedlander, and Carrie Mae Weems, Willis's book not only celebrates the lives of the famous but also captures the barber shop, the bodybuilding contest, and prom night. Posing Beauty challenges our most fundamental assumptions about what it means to be 'beautiful.'

Ten years ago, when Willis was a curator of photography at the Smithsonian Institution, Willis released the excellent resource Reflections in Black: A History of Black Photographers, 1840 to the Present, which included almost 600 images of African American life, including 100 never before published. She's also written about images of Michelle Obama, and her most recent book is Black Venus 2010: They Called Her "Hottentot", a collection of writings and images about Saartjie Baartman, the young South African woman put on horrific display as a "freak show" in London and Paris at the turn of the 19th century.

Willis's exhibition at the Henry won't focus explicitly on race, she says. But by working with professors on campus, she's discovered unknown images—"there are snapshots of a black community there in Seattle, taken by a musician," for example—and will pair those with familiar artists like Weston, Strand, Friedlander, Mapplethorpe, Baldessari, Warhol, Weegee, and Model. The subtext is Seattle's remarkable history of collecting pictures. "I was wowed by it," she says. "Just to think that they were collecting photographs during the early periods—the curators trying to stay contemporary. I think the show will seduce people into being curious about what's there."