Because I work in the kind of walking-down-hallways-while-shouting-at-people New York City Old Media job that Hollywood continues to glamorize even as the publishing industry collapses, and even though I have no power to promote anything to anyone (much less torment assistants half as delicious as Ryan Reynolds), confused P.R. reps frequently offer me the chance to "consider for coverage" a number of useless consumer goods. I thought I might share a selection of them with you, gentle Sloggers. So recently I have been responding with an enthusiastic YES! to all proffered test products, which I now present to you, in case you still need a holiday gift for someone toward whom you feel onerous indifference.

Marvel at the slightly rotten windfall fruits of the world's premier consumer economy, after the jump.

I. BOOZE
Trago tequilas (Añejo, Reposado, and Silver), prices vary. There's a school of thought that says tequila has gotten an unfair downmarket rap, that like any spirit with a storied tradition the best tequilas offer complex savoring opportunities. To me, the charms of tequila are elusive and difficult, with the high-end stuff just tasting like the concentrated melancholy of aging floozies. (As anybody knows, if you want genuine concentrated old-floozy melancholy, the distillation process requires a lot of specialized equipment.) I had to make quick work of my sample bottles before the thieving mice I work with spirited them away, so my notes are a bit skeletal. The Añejo tasted like grappa, the Reposado tasted like a cross between Cuervo and Balvenie, and the Silver tasted like low-octane Everclear. Grade: B+ 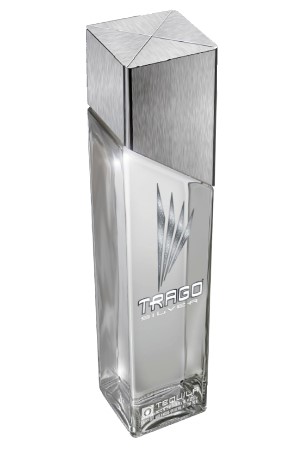 VeeV Açaí Spirit, $29.99. Created by two Goldman-Sachs banker brothers turned distillers and containing lots of antioxidants and with $1 from every bottle purchased going to save the rainforest, this stuff is kinda gross. Grade: C

Mezzo Copper Wine Enhancer, $64.99. This item purports to improve the taste of any wine through the magic of crystals. (I had mistakenly thought that all America's crystals were rounded up and put into camps—guarded by co-prisoner dolphins who received better meals in exchange for their collaboration—toward the end of the 1990s.) Anyway, amazingly, THIS THING FUCKING WORKS. This unassuming copper dais (disc? extruded round? platform? coaster?) had the perceptible and surprising effect of completely ruining a good bottle of wine. ("You will be amazed at how it smooths scotch out," promises the cheerful copy. Which means… the ruining is intentional and this is for people who simply don't like the grown-up taste of alcohol?) Grade: Should be an F, but even if it works wrong IT FUCKING WORKS, so C+. Also, for $39.99, the manufacturer offers a smaller model that looks like an unsightly growth on your wine glass:

Edifier USB Soundbar Speaker, $49.95. Corporate branding always fails when you don't shell out for a name-creator with basic lexicographic competence. That aside, Edifier's Soundbar seems kind of useless. It's supposed to provide better audio for laptops, but there are several factors that prevent it from achieving these goals.
1. The sound is terrible. Much worse than my iMac speakers, and worse even than current-generation MacBook speakers. Like an Import Substitution Model radio produced in India in 1989.
2. You need to plug it in via USB, which is annoying. Then it's supposed to sit at the back of your laptop keyboard, which, going by their product photo, will completely cover a laptop's function keys and possibly block the bottom part of the screen.
3. If you want better speakers and your laptop is usually on a desk, you can get any kind of speakers you want. If you're sitting in bed, you can make do with the built-in speakers. If you're really mobile with your laptop, and in spite of the Soundbar's other name (SoundToGo), you can use headphones. I can't see anyone lugging around this overpriced, disappointingly un-nougat-y Toblerone. Grade: D 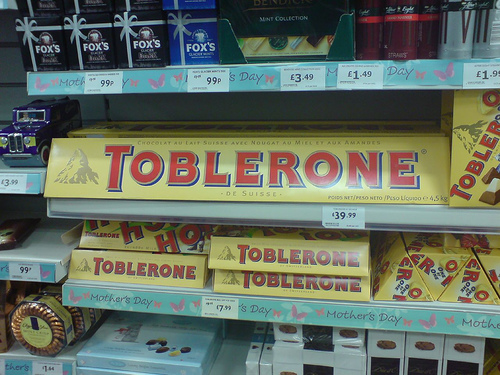 Elf Dance, $0.99. I didn't expect to enjoy this iPhone app, which pins a face of your choosing on the body of a dancing elf (or Santa, or Rastafarian reindeer), but it is actually lots of fun. It works especially well when the face is first run through the FatBooth app. See combined results (sadly, unanimated) below. Grade: A- 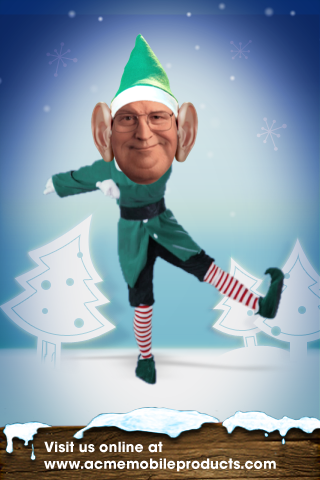 XPAND Universal 3D Glasses, $129. These are supposed to be the best 3D glasses out there. But apparently you can't just pull up a 3D YouTube video. You need an expensive 3D TV or a specially equipped 3D theater, which—given that this was pretty much the only pitched item I'd actually been looking forward to receiving—made me self-soilingly angry. Also, the lenses crazily flashed dark and light while trying to sync with the absent 3D display, and I even felt a little seizure-y, which in turn could have led to further self-soiling. Grade: F- 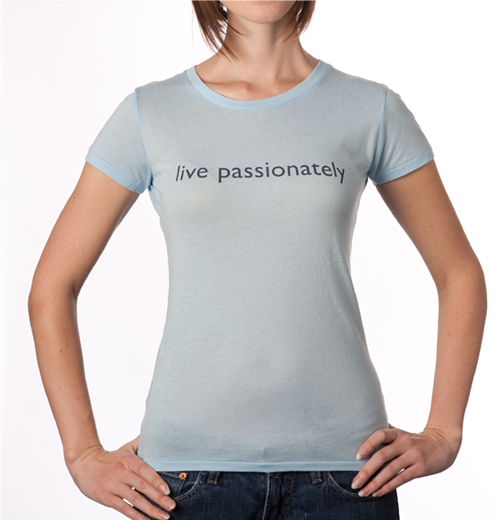 ooo condoms, prices vary. A dizzying range of fancy art-directed packaging, to make condoms classier. Me, I don't think condoms had much of a classiness problem. Unless ooo's target market is ninety-year-old women who think sexual safety is the exclusive province of sailors and their whores. In which case the art direction still isn't quite right. These are all super-expensive, and the art is kind of terrifying. I was at a loss for what to do with the giant sample box ooo sent me, so I just gave it to the interns, which was probably somehow illegal. But maybe it's time for them to learn that sex is about more than pleasure and STDs! It's also about kung-fu and questionable stock photos. Grade: C 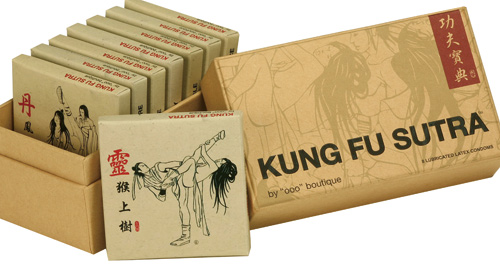 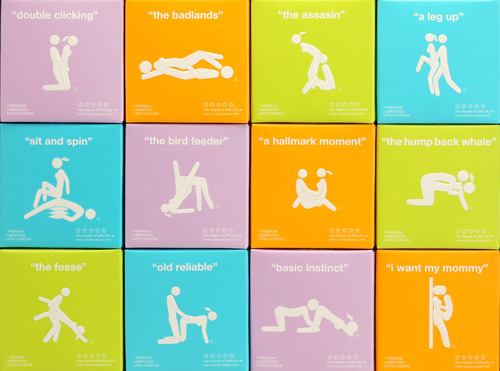 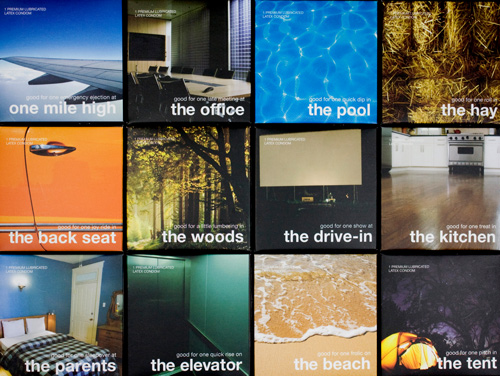 Paper Shower Dry Towlette, $7.50 for 6. Weirdly, these come only in shower-wipe/butt-wipe pairs that presume one takes a poo with every shower. Grade: B- 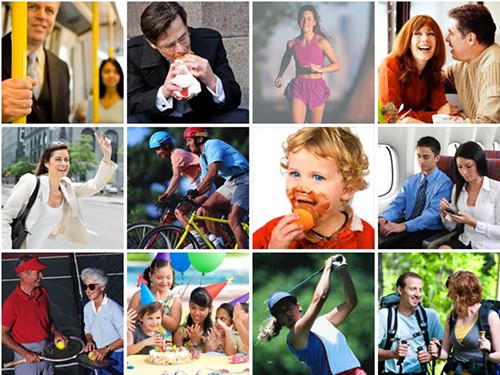