Behind the Walls of Language 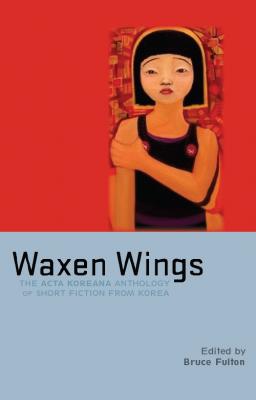 When asked by The World a couple years ago why there is relatively little Korean fiction available in America, Seattle-area translator Bruce Fulton had this to say:

First of all, the emphasis among the Korean literature establishment on historical relevance and social engagement means that thematic priority often goes to issues that are considered unique to Korea. Readers with firsthand experience of Korea will not find this a problem, but nonspecialist readers may be intimidated.

A related issue is that in the modern period (conventionally understood as dating from the Enlightenment Period at the turn of the 20th century) the Korean peninsula has witnessed some pretty awful stuff, and when these events are treated in fiction the tone tends to be gloomy—with the result that Western readers find the works depressing.

Tonight, Fulton reads at Elliott Bay Book Company from a new collection of Korean short fiction that he has translated. Waxen Wings: The Acta Koreana Anthology of Short Fiction from Korea is an anthology of 20th century Korean writers published by a press with very little American presence. If you want to browse a physical copy of the book before you buy it, Elliott Bay could be your only shot in Seattle.

Fulton will discuss the problems and pleasures of translating from the Korean, and he will be happy to answer any of your Korea-related questions. It's a rare peek inside a world that literature aficionados never get to explore, and that's why this is the reading of the night. To find out what else is going on tonight, including a couple open mics, a discussion about immigrants in urban areas, and a heartwarming book about basketball, visit our exhaustive readings calendar.