Hello, I Am Fat 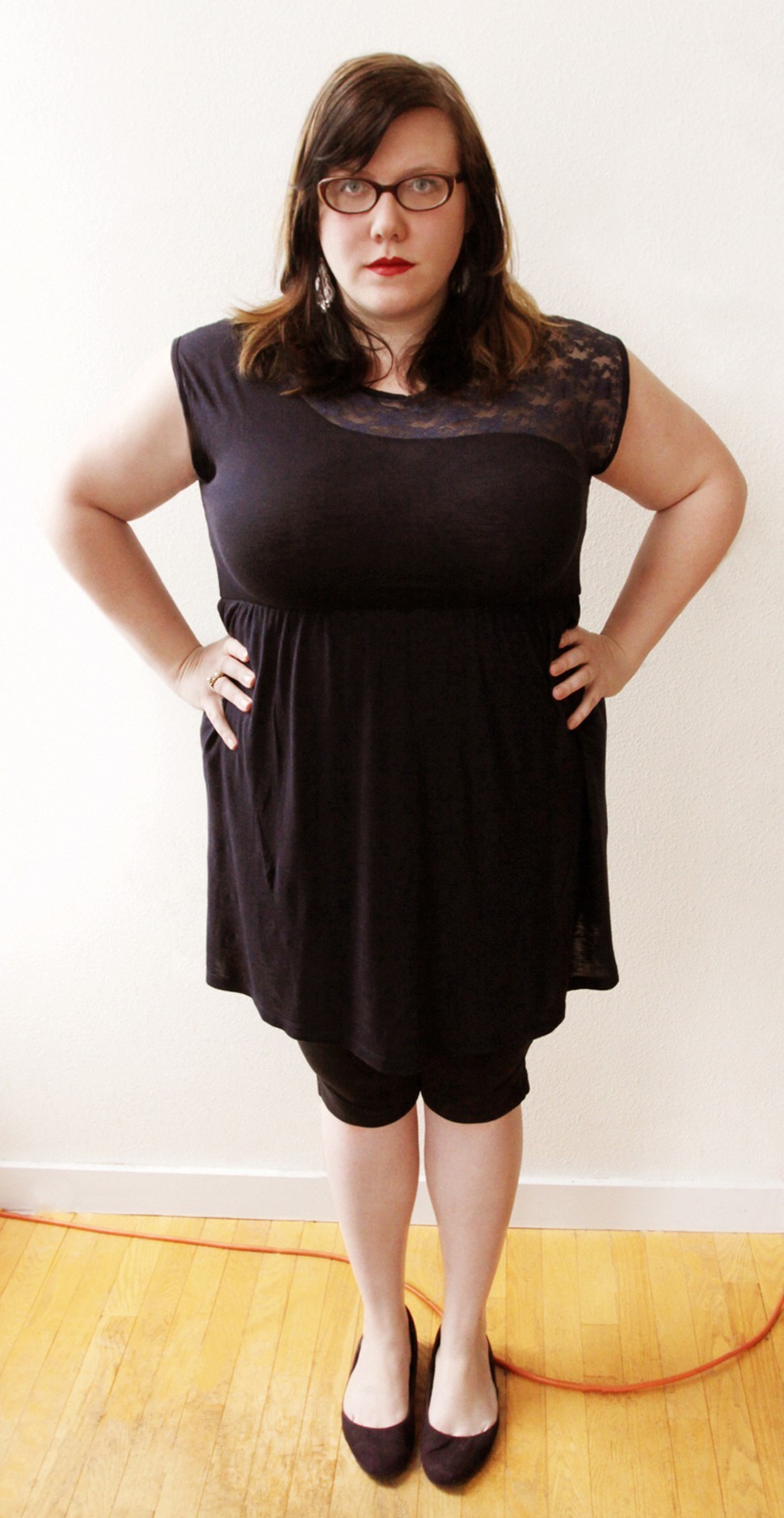 This is my body (over there—see it?). I have lived in this body my whole life. I have wanted to change this body my whole life. I have never wanted anything as much as I have wanted a new body. I am aware every day that other people find my body disgusting. I always thought that some day—when I finally stop failing—I will become smaller, and when I become smaller literally everything will get better (I've heard It Gets Better)! My life can begin! I will get the clothes that I want, the job that I want, the love that I want. It will be great! Think how great it will be to buy some pants or whatever at J. Crew. Oh, man. Pants. Instead, my body stays the same.
Sponsored

There is not a fat person on earth who hasn't lived this way. Clearly this is a TERRIBLE WAY TO EXIST. Also, strangely enough, it did not cause me to become thin. So I do not believe any of it anymore, because fuck it very much.

This is my body. It is MINE. I am not ashamed of it in any way. In fact, I love everything about it. Men find it attractive. Clothes look awesome on it. My brain rides around in it all day and comes up with funny jokes. Also, I don't have to justify its awesomeness/attractiveness/healthiness/usefulness to anyone, because it is MINE. Not yours.

I'm not going to spend a bunch of time blogging about fat acceptance here (but please read this), because other writers have already done it much more eloquently, thoroughly, and radically than I ever could. But I do feel obligated to try to explain what this all means.

You asked me for links, Dan, so here are some links for you. There are plenty more, but if you want me to go through each one and explain to you how these words and implications hurt and shame people, you're going to have to pay me overtime (in Doritos!!!!!). I get that you think you're actually helping people and society by contributing to the fucking Alp of shame that crushes every fat person every day of their lives—the same shame that makes it a radical act for me to post a picture of my body and tell you how much it weighs. But you're not helping. Shame doesn't work. Diets don't work. Shame is a tool of oppression, not change.

Fat people already are ashamed. It's taken care of. No further manpower needed on the shame front, thx. I am not concerned with whether or not fat people can change their bodies through self-discipline and "choices." Pretty much all of them have tried already. A couple of them have succeeded. Whatever. My question is, what if they try and try and try and still fail? What if they are still fat? What if they are fat forever? What do you do with them then? Do you really want millions of teenage girls to feel like they're trapped in unsightly lard prisons that are ruining their lives, and on top of that it's because of their own moral failure, and on top of that they are ruining America with the terribly expensive diabetes that they don't even have yet? You know what's shameful? A complete lack of empathy.

And if you really claim to still be confused—"Nu uh! I never said anything u guyz srsly!"—there can be no misunderstanding shit like this:

I am thoroughly annoyed at having my tame statements of fact—being heavy is a health risk; rolls of exposed flesh are unsightly—characterized as "hate speech."

1. "Rolls of exposed flesh are unsightly" is in no way a "tame statement of fact." It is not a fact at all—it is an incredibly cruel, subjective opinion that reinforces destructive, paternalistic, oppressive beauty ideals. I am not unsightly. No one deserves to be told that they're unsightly. But this is what's behind this entire thing—it's not about "health," it's about "eeeewwwww." You think fat people are icky. Eeeewww, a fat person might touch you on a plane. With their fat! Eeeeewww! Coincidentally, that's the same feeling that drives anti-gay bigots, no matter what excuses they drum up about "family values" and, yes, "health." It's all "eeeewwwww." And sorry, I reject your eeeeeewwww.

3. "But but but my insurance premiums!!!" Bullshit. You live in a society with other people. I don't have kids, but I pay taxes that fund schools. The idea that we can somehow escape affecting each other is deeply conservative. Barbarous, even. Is that really what you're going for? Good old-fashioned American individualism? Please.

4. But most importantly: I reject this entire framework. I don't give a shit what causes anyone's fatness. It's irrelevant and it's none of my business. I am not making excuses, because I have nothing to excuse. I reject the notion that thinness is the goal, that thin = better—that I am an unfinished thing and that my life can really start when I lose weight. That then I will be a real person and have finally succeeded as a woman. I am not going to waste another second of my life thinking about this. I don't want to have another fucking conversation with another fucking woman about what she's eating or not eating or regrets eating or pretends to not regret eating to mask the regret. OOPS I JUST YAWNED TO DEATH.

If you really want change to happen, if you really want to "help" fat people, you need to understand that shaming an already-shamed population is, well, shameful. Do you know what happened as soon as I rejected all this shit and fell in unconditional luuuuurve with my entire body? I started losing weight. Immediately. WELL LA DEE FUCKING DA.

We're Overweight for the Same Reason We're in Debt

A Review of Kima Cargill's The Psychology of Overeating

Summer Is for Skinny People