It Gets Better: David Sedaris 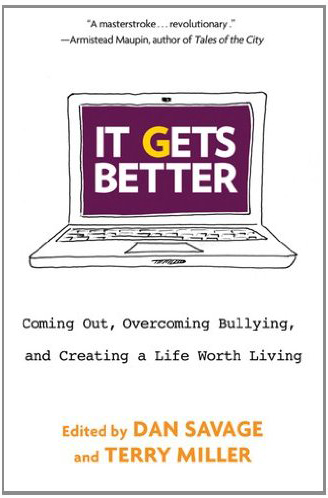 I'm so old that when I was in junior high school calling someone a queer was like calling him a warlock. This is not to say that the word was never used, just that no one had actual faith in it. A kid might be girlish. He might tape pictures of other guys to the inside of his locker or pack for Scout camp in an patent leather purse. But no one believed he could truly be a homosexual, as such creatures didn't really exist—did they?

We certainly didn't see them on TV. My school had no information on gay people, and neither did the public library, not even in novels. Perhaps it was different for kids in big cities, but in Raleigh, North Carolina, in the late '60s and '70s, I honestly believed I was the only homosexual on earth. It's the way that a zoo creature might feel—these seals, for example, that I saw on a recent trip to New York. Born in captivity, what do they know of the oceans, and all the other seals living contended lives out there?

David Sedaris is one of the many writers, artists, and activists who contributed an original essay to It Gets Better: Coming Out, Overcoming Bullying, and Creating a Life Worth Living, which will be released on March 22. You can pre-order a copy at Amazon, through ItGetsBetter.org, or at your favorite local bookstore. It Gets Better event in Seattle at Town Hall on Tuesday March 29. Tickets and info here.