After Nearly 11 Days, Still No Word from Dorothy Parvaz 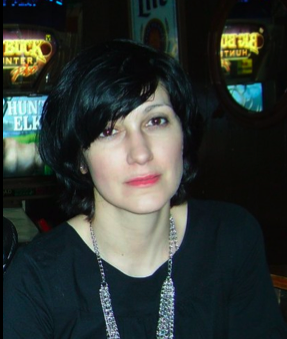 The last time Todd Barker heard from his fiancée, Dorothy Parvaz, it was April 28, Doha time.
"She told me she was going to Damascus the next day," Barker recounted in a recent interview with The Stranger.
The reason was obvious: Syria is the latest country in the Middle East to see an uprising connected to the Arab Spring, and Parvaz, a former journalist for the Seattle Post-Intelligencer who's now working for Al Jazeera, wanted to report on the uprising first-hand.
She sounded excited, Barker said, and maybe a little nervous. "This was her first dangerous assignment."
The plan was this: In addition to being in regular touch with Al Jazeera, Parvaz would call Barker as soon as she got to Damascus. Beyond that, he said, "we didn't talk about it much." There would be time to talk more.
A day passed, and then a night. Nothing from Parvaz. Barker became concerned, as did Al Jazeera, which concluded that Parvaz—who has U.S., Canadian, and Iranian citizenship and was traveling under her Iranian passport—had likely been detained by Syrian authorities just after she stepped off her flight from Doha. The network began publicly demanding her release, but six long days passed without any response from Syrian officials.
During those six days, there was plenty of cause for alarm. In the modern history of the the Middle East, this has been the most dangerous year ever for journalists, according to Mohamed Abdel Dayem, spokesman for the Committee to Protect Journalists, which is now involved in efforts to free Parvaz.
“Obviously there’s a wave of social unrest sweeping the region," Abdel Dayem said. "This is a region of predominantly, if not entirely repressive and authoritarian regimes. They’re attempting—unsuccessfully, I might add—to control the narrative.”
Of the 16 journalist fatalities confirmed so far this year by the Committee to Protect Journalists, 12 of them have been in Middle East. In addition, more than 500 press freedom violations in the region have been documented by the CPJ in the first four months of this year, violations that include everything from confiscation of cameras to detentions, kidnappings, obstruction, jamming of satellite signals, and even targeted killings.
No journalists have died in Syria this year, or in any year since the CPJ began keeping records in 1992. But, Abdel Daem added: "That is not to say that Syria is not a country with a very, very poor press freedom effort. That poor record has only gotten poorer since March 15, when the unrest began.”
The country's leaders have tried to impose a blackout on foreign media coverage by refusing to issue visas to foreign journalists, but Parvaz was using her Iranian passport to try to get around those restrictions. "Iranian nationals don’t need a visa to enter Syria," Abdel Dayem said. "She simply showed up as an Iranian citizen.”
It was a risk, certainly, but that's what foreign correspondents do. “Listen, journalists put themselves in harm's way with regularity," Abdel Dayem said. "It’s simply part of their job description.”
In one sense, it was good news when, after those six long days of silence, the Syrian government confirmed it is holding Parvaz. It eliminated some of the grimmer possible explanations for her being incommunicado, it allows those pushing for her release to use normal diplomatic channels, and it establishes the Syrians as accountable for her safety. "We trust she is being treated with respect," Barker said.
Still, it's now been almost 11 days since Barker, or anyone outside of Syria, has heard from Parvaz. He's drawing support from her family, whom he's now with in Vancouver, B.C., and all of them have been heartened by the online efforts to draw attention to her case—efforts that he called "amazing" and "a tremendous comfort."
Meantime, the many diplomatic interventions continue. "All U.S., Canadian and Iranian authorities are treating this with the urgency Dorothy deserves," Barker said. "I hope the Syrian authorities release her immediately to her loved ones."