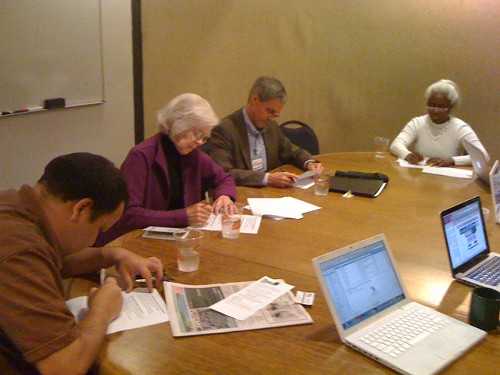 The Stranger Election Control Board wrapped up its school board endorsements today, and some of the issues this year's challengers seem to be most upset about include school closures, Teach For America, and the new student assignment plan.

Today, all three District 6 challengers, Nick Esparza, Marty McLaren, and Joy Anderson, criticized the board's decision to close schools, especially since the district is facing a surge in enrollment right now. They are also angry with the new student assignment plan, which is leading to overcrowding in a number of schools. The number of students in Seattle Public Schools is expected to increase by almost 6,000 over the next five years.

Board president and District 6 incumbent Steve Sundquist replied that he stood by the decisions made during the adoption of the assignment plan, but acknowledged that there had been some planning errors.