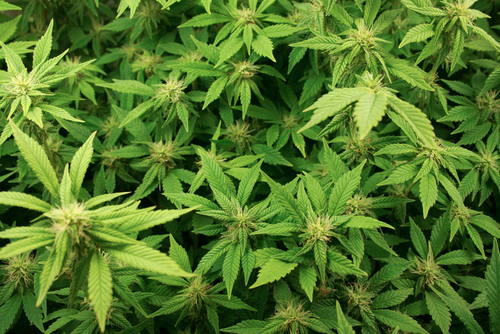 Originally posted at 12:58 and continuously updated with new details.

Federal agents and local law enforcement are executing a volley of raids on medical-marijuana disperses throughout Western Washington this afternoon, according to several sources, who say some of the proprietors are being handcuffed and taken away in squad cars. Thus far, we've received reports of busts in Olympia, Lacey, Tacoma, Puyallup, and Seattle.

The Cannabis Defense Coalition has posted a tally of 14 dispensaries raided today.

Seattle DEA office spokeswoman Jodie Underwood confirms that federal agents "are operational at this point." She adds scant information, saying, "There is nothing we can release. We are hoping to have some information by the end of the day."

But many others confirm the crackdown. One person familiar with raids of the Seattle Cannabis Cooperative in Ballard and Rainier Valley says, "When the employees showed up, the DEA swarmed them and forced their way inside. The agents are hauling all of our shit out into a van."

Medical-marijuana activist Vivian McPeak has been hearing news from down the I-5 corridor: "There are major coordinated (apparently federal) raids happening right now in Western Washington: Seattle Cannabis Coop, The Game Collective, Seattle -Tacoma -and Lacey Cross, Lacey Patient Resource Center, and others."

Activists have been expecting the raids since Governor Chris Gregoire vetoed most of a medical-marijuana bill in April, leaving a jumble of laws that further weakened criminal protections for dispensaries. But it was unclear how that veto would affect Washington State. The US Department of Justice (DOJ) announced in 2009 that feds won't focus on people in "clear and unambiguous" compliance with state marijuana laws. And DOJ spokeswoman Emily Langlie pointed to statement in April from US Attorney Jenny Durkan, who said, "The position of the Department of Justice... has not changed." But given Washington's weak medical marijuana law—which now technically only allows collectives of up to 45 plants grown by up to 10 people—the dispensaries being busted today may fail the test of being in "clear and unambiguous" compliance with state law.

"This is because Gregoire capitulated to federal law, in defiance of the state legislature," says Washington Cannabis Association leader Philip Dawdy. "In addition to the feds wanting to flex their muscles on this, we just have a vague state law. It is imperative that we have state law that has criminal protections for collective operators and patients."

Jeffrey Steinborn, a criminal defense attorney, says he's received two calls today about raids in progress in Seattle. One is a dispensary in Seattle's Central District and confirm the Rainier Valley raid. At least five raids are underway in the Olympia area, Cannabis Defense Coalition leader Ben Livington says. According to an eyewitness he spoke to, "two people were taken away in handcuffs" inside a police cruiser while patients were allowed to leave the scene.

"It seems like a waste of money that it could be spent on more important things than arresting sick patients," Livingston says. The Olympian is reporting that these raids are the "culmination of a five-month investigation."

Many cooperatives are now shutting down for the day, says Washington Cannabis Association's Dawdy. Fremont's Dockside Co-op reports that they closed for the day, as has Emerald City Collective.

Like the DEA, other law enforcement agencies are elusive. "There's some law enforcement activity underway, and I don't have anything to share with you right now," says Emily Langlie, a spokeswoman for the US Attoreny's Office of Western Washington. "I hope to later in the day."