Suzan DelBene on Darcy Burner, the Millionaire's Tax, Occupy, and How Much Victory Is Worth to Her 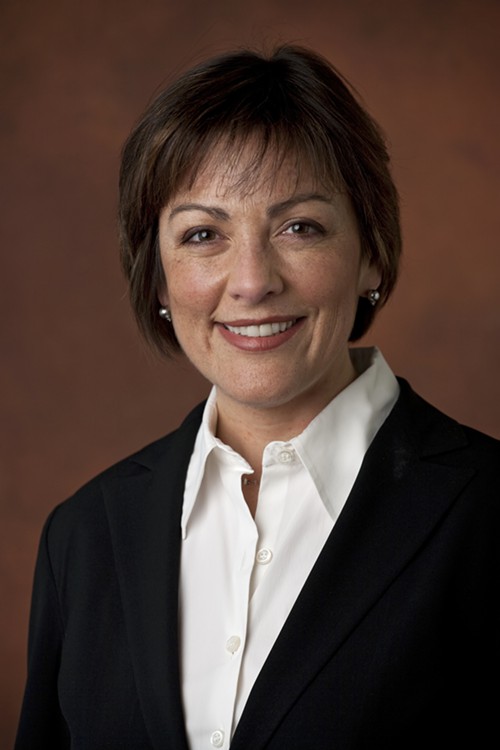 Suzan DelBene, the newly-announced candidate for Congress in Washington's 1st District, spoke to me by phone earlier today. Here's our interview, as transcribed by intern Marley Zeno.
Eli Sanders: You’re entering a crowded field. Why are you the best candidate who’s running in this district?
Susan DelBene: I think this is about jobs and the economy, and about what we do to support people in the 1st Congressional District who have been really impacted by this recession. And that means we need someone in Congress with the right skills to put policy together that has the impact we need it to have in the real world. And I have a unique set of skills that I bring to the table. I’ve worked in small business, managed, and worked with small businesses who are growing from scratch. I have worked in large business. I’ve worked in microfinance helping folks in poverty develop businesses and get back on their feet. And now I’ve spent time here in Olympia actually tackling these issues from a different direction in state government, and so I believe that experience really gives me unique knowledge on how policy hits the real world, and what we need to do to address the challenges that we face right now, not only in Washington state but across the country.
Parts of your resume match up pretty closely with the resume of another person in this contest. Why are you a better choice than Darcy Burner, the other female, former Microsoft manager who has tried and failed to unseat Dave Reichert and now wants to represent the 1st?
I think, once again, it’s about what the experiences are that someone brings to the table. I think my breadth of experience in small business, in large business, in entrepreneurism, and in biotech, and high tech, and even my work down here in state government really gives me a unique set of experiences and perspectives that the other candidates in the field don’t have.
There’s that old saw about how you learn a lot more from your defeats than your wins. What’s the biggest thing you learned from your loss to Dave Reichert in 2010?
I thought we ran a great campaign. I learned—and I think it’s just a reiteration of the work we did—that the most important thing that you can do is talk to people, understand their issues, and listen, because they have many of the answers. That was true in our last campaign and I have no doubt that’s going to be true in this campaign as well.
You’ve spent some time leading the Department of Revenue as an appointee of the governor, and you’re leaving that position now to run this campaign, but obviously the Department of Revenue connects right up with tax policy, and as a Congressperson you’d be dealing a lot with tax policy. When it comes to federal tax policy, would you be in favor of letting the Bush tax cuts expire?
I believe it should expire for higher wage earners.
What about the "Millionaires Tax" that Warren Buffett proposed earlier this year, which I believe would affect someone like you?
I think that he started a great conversation and we need to have a balanced approach to make sure that we can fund the things we want to fund, as well as make sure that government is operating efficiently—and that we put the reforms in place to make sure it’s up to date. So we need to look at both sides and come up with a balanced approach, and I appreciate the fact that he has sparked more of a conversation on that side to hopefully get us moving forward.
You put $2.2 million, I believe, into your 2010 campaign against Dave Reichert. Will you be self-funding this campaign and how much will you be putting in?
I believe it’s important that if I’m asking people to support me that I do my part and I will do my part. But I’m very confident that we’re going to have the resources we need to have a great campaign.
The Occupy movement has actually been a topic of a lot of conversation in the 1st District race already. What do you make of the movement, where it’s been, and where it’s going?
The real issue that people are bringing to light is the need for economic opportunity. I was fortunate to have that. My father lost his job when I was young, and my parents struggled quite a bit. Yet I was still able to go to college with student loans and grants and work-study. And we’ve eroded a lot of the opportunities that are available now, and folks are crying out and saying that we need to put that back together, and I believe for the long-term health of our economy—so that my children and my children’s children, and all of us across this great state, have the ability to pursue their dreams—that we need to put that back together. And I think they’re putting a light on that and we need to have that conversation as well.
The Stranger depends on your continuing support to provide articles like this one. In return, we pledge our ongoing commitment to truthful, progressive journalism and serving our community. So if you’re able, please consider a small recurring contribution. Thank you—you are appreciated!
CONTRIBUTE NOW