1
You do realize, the stupidity of some responses to his statement don't mean his statement wasn't stupid. And that if Booker can't take the heat when he steps to the Obama campaign, he's not the guy we're all hoping he is.
gloomy gus on May 21, 2012 at 1:25 PM · Report this
2
If being opposed to vulture capitalism is a "stupid purity-test-style political trap," you might as well just endorse Romney and be done with it.
maddogm13 on May 21, 2012 at 1:28 PM · Report this 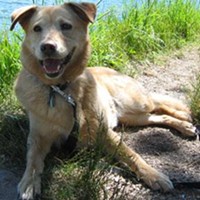 3
Sorry, Paul, but Booker's move was a classic of a certain kind of douchebag Democrat: someone positioning themselves as a "centrist" by denouncing both sides (can you say "false equivalence"?) and ultimately helping to neuter the Democratic party. He deserved to be denounced. He deserves to be denounced still. Can he possibly not understand the damage inflicted by Wall Street in general, and Bain in particular, on middle class Americans?
pdp on May 21, 2012 at 1:33 PM · Report this
4
"This is a shrewd political move, because it increases resentment against a man who many—including myself—have said should be a serious Democratic presidential candidate within the next three election cycles."

That is your idea of a "serious Democratic presidential candidate"?

He doesn't even know what the CURRENT election is about.

"When the speech was scheduled, Booker was a hero who saved people from burning buildings; now he's a controversial figure."

5
a different view from Josh Marshall at TPM
http://www.youtube.com/watch?v=ygCQNKsae…

7
Mr. Booker is far from being any kind of a real liberal champion.
Mark in Colorado on May 21, 2012 at 1:48 PM · Report this
8
Booker relies heavily on Wall Street money: over at Salon, Kornacki reports that one-quarter of Booker's funds for his 2002 race for Mayor came directly from Wall Street. And now he's trying to put off-limits one of THE critical attacks against the Republican candidate against Barack Obama. But no, he's not a "sellout" - no, heavens no - what a crazy assertion! Nor is Barack Obama, who received more Wall Street money than McCain and then appointed almost nothing but Wall Street executives to be his financial advisers and into positions of power.

As for your admiration for Democrats' "refusal to fall, creepily, in line on every single issue the way Republicans do", the country has shifted far to the right in the past 30 years on tax issues, exactly because the Republicans fall in line (under Grover Norquist) and the Democrats fail. So admire away, as the social safety net is utterly destroyed.
Ancient Sumerian on May 21, 2012 at 1:49 PM · Report this

9
I thought it showed an incredible lack of politcal savvy. And a sad compliment to Romney. But he's entitled to speak his mind and people can disagree. I see no civil war here.
Vince on May 21, 2012 at 1:49 PM · Report this
10
@5, that was great - thank you! TPM just this hour posted this, I see:

At a news conference wrapping the NATO summit in Chicago, President Obama was asked to respond to comments made by Newark, New Jersey Mayor Cory Booker, who criticized President Obama’s campaign for attacking Gov. Mitt Romney for his record at Bain Capital.
“Cory Booker is an outstanding mayor,” Obama said, “but it is important to recognize this issue is not a distraction. This is part of the debate we will be adding in this campaign about how do we create an economy where everybody from top to bottom, folks on wall street and main street, have a shot at success.”
“Understand that their priority is to maximize profits,” Obama added of those who work in private equity. “That is not always going to be good for communities or businesses or workers. The reason this is relevant to the campaign is because my opponent, Governor Romney, his main calling card for why he thinks he should be president is his business experience. He is not touting his experience in massachusetts. He is saying he is a business guy, and this is his business.”
“When you are president as opposed to the head of a private equity firm, job is not simply to maximize profits,” Obama continued. “Your job is to figure out how everybody in the country gets a fair shot.”
“If your main argument for how to grow in the economy is ‘I knew how to make a lot of money for investors’, then you are missing what this job is about,” Obama said. “That does not mean you are not good at private equity. That is not what my job is as president. My job is to take into account everybody, not just some.”

11
Don't agree with Booker's opinion. He's wrong. On both counts. Both Rev. Wright and Bain Capital are fair game.

If Romney had been married by a minister who said, "God Damn America," I'd want to know precisely what influence that minister currently had over his life.

If Obama had led a Vulture Capitalist firm, I'd want to know specifics of his circling and eating sick companies through the asshole.

But if that's the worst thing Booker's said, it wouldn't, in and of itself dim my possible future enthusiastic support.

Might even help prying loose a few of those critical swing voters who thirst for a socially progressive business friendly candidate.
The Max on May 21, 2012 at 1:58 PM · Report this
12
Booker also supports a lot of the ed reform agenda that is just plain wrong. He should ask himself why so many parents in NJ are organizing against it.
westello on May 21, 2012 at 2:01 PM · Report this
13
Silly Dems, always trying to bring Marquess of Queensberry rules to a gun fight. Fight on the facts (personal only when hypocritical). "Romney would let Bin Laden live and Detroit die" has video to back it up, for the luv of gawd use it. Republics wouldn't even have this argument (unless they were caught).
Large Hardon Colluder on May 21, 2012 at 2:11 PM · Report this

14
The Democratic Party almost to a whole sold out long ago and they now primarily work to benefit the 1%. Sorry Charlie, but that's reality. Your steadfast arguing in the face of decades of evidence is what's actually fucking ridic here.

You do understand that the only reason we should support Democrats is if they'll fight for our interests and not just because they're Democrats, right Paul?
OuterCow on May 21, 2012 at 2:17 PM · Report this
15
Bain is on limits - as should the fact that Democrats are the biggest recipients of their campaign contributions; similar to the fact that Obama Wall Street's man in the last election.

In 2012, Slog should just redirect to the DNC or Obama campaign homepage. Reading constant petty apologetics of these ("lesser") evil warmongering shills for the rich and powerful is tedious, boring, disgusting and irrelevant.
on May 21, 2012 at 2:22 PM · Report this
16
Booker is defending Capitalism and suggesting Obama not use one of the tools of Capitalism against Romney.

Obama isn't arguing against Capitalism. He's arguing that the job of the head of a venture captial firm is very different than the job of President.

These are two ships passing in the middle of the night. This is the perfect time in the election cycle to have this argument. It is also the perfect time for Obama to show the country he can keep his folks in line. This is a debate the Republicans aren't willing to have in public.

By the way, Booker is right about his main point: Sometimes companies become bloated and they need to lay off employees in order to become profittable. I doubt Obama disagrees with this.

Mr. Constant. You have a future career at the Times.. Keep up the great work!
CC-Rob on May 21, 2012 at 2:42 PM · Report this
18
Glen Ford of the Black Agenda Report describes the role played by Cory Booker in the privatization of public education: http://www.youtube.com/watch?v=JdPACwRgw…
anon1256 on May 21, 2012 at 2:52 PM · Report this
19
Yeah, another false equivalence douche is not Presidential material. It's good to get him out of the running now and not waste any more time grooming him for the big leagues.

See what I did there? It's called Democratic exceptionalism. We're better than they are and that excuses things that they should never get away with. This isn't a game: it's the 99% vs the 1% and the good guys have to win.
Ph'nglui mglw'nafh Cthulhu R'lyeh wgah'nagl fhtagn on May 21, 2012 at 3:23 PM · Report this
20
Excellent column Paul, stick it to the purity trolls and the dirty hippies
Democrat1234 on May 21, 2012 at 3:26 PM · Report this
21
@19 Your point would be much clearer if it weren't for the angry drums and human wails that distract me, when I read your name....
Large Hardon Colluder on May 21, 2012 at 3:48 PM · Report this
22
@16, "Obama isn't arguing against Capitalism. He's arguing that the job of the head of a venture captial firm is very different than the job of President."