Most People Who Rape Kids Go to Jail

1
This is what is going on with the whole insurance for birth control versus religious freedom. The health insurance at many Catholic organizations has paid for birth control for years, no big deal. Now they are stopping and making a big deal because they are co-opting the GOP into establishing the idea that US law doesn't apply to them. Once that concept is established they will try to use it to evade prosecution for their child abuse and, more importantly, the people who enabled it.

They can't make that claim about abuse, but once it's been validated about employment laws they can slide it in (bad choice of words ) to this issue.
MikeB on May 31, 2012 at 9:40 AM · Report this

2
Shameless immorality.
Vince on May 31, 2012 at 10:00 AM · Report this
3
The idea that the priests are paid to speed up the process of defrocking is such bullshit. The church has no problem defrocking priests for consensual adult relationships because those relationships are in violation of the priests' vows. Or for ordaining women. Do something, as a priest, that the church isn't okay with and they'll defrock you for violating your vows or church doctrine or what have you. Rape a kid? Suddenly they can't just remove you from your post.
moosefan on May 31, 2012 at 10:00 AM · Report this
4
I really hate that guy. I'm not sure there is anyone on the planet I dislike more than him. He is arrogant and a liar and a child rapist enabler. And here, in NYC where I live, the news loves to cover him-particularly NY1. My roommate and I have come to call NY1 The Catholic Channel because his mug is on there all the time. I'm expecting reruns of Mother Angelica any time now.
Soo on May 31, 2012 at 10:08 AM · Report this

5
I sometimes fantasize that after Obama is reelected, he gives Holder the go-ahead to open a full Justice Dept. investigation into this whole disgusting thing.

One can dream.
Looking For a Better Read on May 31, 2012 at 10:10 AM · Report this
6
What would Jesus do?
DMonaghan on May 31, 2012 at 10:15 AM · Report this
7
@4, I cringe every time I see Dolan on the news here. It's all this soft lighting and over the top praise because he likes baseball. Gag me with a maggot.
Also, I'm now kinda glad that I don't have NY1 and therefore cannot be subjected to their coverage.
moosefan on May 31, 2012 at 10:18 AM · Report this
8
I try not to pay attention to this stuff, it makes me sick. But the idea that somehow this guy is not being convicted of a crime and being sent to jail is even more disgusting. Is he not a citizen of the US? Why isn't this guy a registered sex offender? Has he even been to jail? It's hard for me to believe the families of the victims would not take this to court or press charges.

9
Perhaps the Catholic Church needs to revisit one verse that is very important to them.

Matthew 16:18 says: "And I say also unto thee, That thou art Peter, and upon this rock [NOT COCK!] I will build my church; and the gates of hell shall not prevail against it."

One letter makes a world of difference.
camlux on May 31, 2012 at 10:52 AM · Report this
10
[shrug] Yeah. That's organized religion in general, and Catholicism specifically. Morally outrageous behavior justified by their own narrow, arrogant, self-serving interpretation of scripture is their thing. They wouldn't be in a position of religious authority if it weren't.
Knat on May 31, 2012 at 11:05 AM · Report this
11
@10

No.
It's not about the interpretation of scripture but anything called "scripture" itself, why the hell would anyone think that thoughts of primitive ignorant men in pre-scientific era hold any value and relevance.

No, you would only think that with childhood indoctrination(parents, church, special faith "schools").

That's why teaching children their parents' superstition is child abuse. Only when you really start to teach ABOUT RELIGIONS can you have a healthy perspective in concordance with reality.
Mattyx on May 31, 2012 at 11:33 AM · Report this
12
What about public school teachers? They usually get shuffled to another school with glowing recommendations by the district or union or both. They have a rate of pedophilia that is greater than the Catholic church by an order of magnitude.

Oh, but its much more fun for you to bash religion instead of nice liberal leaning/union donating public school teachers. Selective outrage maybe?
JDMF on May 31, 2012 at 11:40 AM · Report this
13
"They have a rate of pedophilia that is greater than the Catholic church by an order of magnitude"

I became a priest to have hot gay sex with kids. DUH.

Now you gotta lump me in with some dumb ass gym-teacher who happens to teach 'hisotry'? 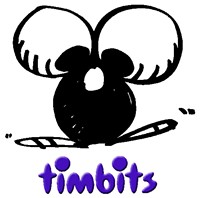 The only justice comes from the civil side. Hopefully the Plaintiff's bar can bankrupt the Vatican empire.
Tim Horton on May 31, 2012 at 12:04 PM · Report this

However, you have to both consider the environment in which these priests live and work and the alternative to paying them off. The Catholic hierarchy is just riddled with sexual deviance and acceptance of sexual deviance. It also works under mafia style code of silence.

Given the practical alternatives authorities have inside this situation and the fact that without these payments the priests would very likely rape more children, paying the priests to leave is a better second choice than leaving them in place while the Catholic "justice" system takes its time dealing with them.

There are reasons to disparage the church and system they have set up, but an individual working within that horrible system isn't necessarily to blame if he makes second best decisions that at least mitigate the harm.
Learned Hand on May 31, 2012 at 12:14 PM · Report this
18
@17, but does it mitigate harm? The priest has now voluntarily left and with a cash bonus to boot. That's what he gets to say to potential employers. Not "I was defrocked because I committed child abuse and then served 15 years in prison" but "I chose to leave the clergy but I as a reward for my good service to the church I was given a bonus and would now like to work in your school". Fuck that in any way "mitigating harm". The only entity for whom harm was mitigated was the Catholic Church. For the abuse victims, for potential future employers, for members of the general community the harm was in no way mitigated.
moosefan on May 31, 2012 at 12:35 PM · Report this
19
You're not going to get me to argue that the Catholic church puts anything above its own self preservation and "image."

However, I do think that bribing molesting priests to leave the priesthood is better than any other action we can reasonably expect someone below the top one or two rungs of the Catholic Hierarchy to take. No one is going to be able to change the ways of the church without the Pope's knowledge and blessing. He would have to make the change or one of his primary assistants would. This is policy level stuff and no cardinal or bishop is going to be able to change it on his own.

Now, why do I think it mitigates harm? Because oddly, all the places where the priest may get further work both hold themselves to a higher level of care regarding policing against child predators while simultaneously receiving less deference from the public.

If pastor Molesty applies to work at a day care, they will both subject him to a background check and more closely supervise him than he is used to at church. This will result in a safer situation for kids than the rapists playgounds to which Molesty is accustomed.

I am making a pretty limited claim here. I am not saying that the Church is right to pay off priests rather than prosecute them. I am just saying that a particular church official who chooses to pay them off is picking the best of his limited choices and that he is at least marginally improving the situation for children the priest encounters.

Is it a travesty that this is the best we can expect from church officials? Of course it is. Should anyone leave their child alone with a priest? Of course not. Has the Church turned into a giant criminal enterprise? Yes, of course. I just think that when people of limited authority make the best choice available to them we need recognize that and not lump them automatically in with those who do nothing at all or make the situation worse.

By the way, a lot of the worst of these abuses occurred under John Paul II. His papal administration is responsible for tons of cover ups. This is why I think it is an absolute travesty to cannonize him.

I expect anyone within their church, whether it be archbishops above them or lay people below them to call the fucking police when a priest is accused of child molestation. If a public school teacher is accused of molesting a student, one of the first calls the principal makes is to the cops.

I don't give a fuck what cardinals or the pope say. Every priest accused of child molestation should be subject to arrest, just like any other pedo. And Dolan should be arrested for being an accessory to child molestation for coddling these pervs.
Reverse Polarity on May 31, 2012 at 2:02 PM · Report this

21
@12 We still seem to be waiting for the source. Or is that just one of those facts that "everyone knows but the liberal media hides rabidly"