1
Pretty bad that Obama supporters would put politics above Christian charity and make the homeless starve because Democrats are so bigoted. 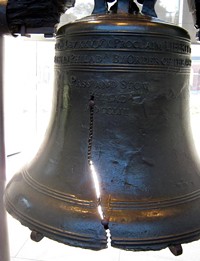 3
@1 It must be really awesome to live in your world, where you let your imagination run wild and dream up things that are neither in this post nor in the linked article. You and Will, you both do this all the time.

I guess reality just isn't interesting enough?
Hernandez on October 18, 2012 at 3:07 PM · Report this
4
@1-- If you bothered to read the article, it states that it's angry Ryan supporters that are pulling their donations because this place 'made' Ryan look bad.

5
If this is true, then this is most unfortunate. But I can't help to wonder if this is a ploy to drum up donations.

Most Republicans love charity, as opposed to government assistance, as when they give a few crumbs to charity they receive the proper groveling gratitude from their inferiors. No such gratitude is received when they pay their taxes.
Rhizome on October 18, 2012 at 3:37 PM · Report this

12
@1 I love it.* Every conservative out of this story is showing themselves to be monumental douchebags of the highest order. Even the commenters, who can't take the time to investigate before denouncing Obama (who has absolutely nothing to do w/ it.)

Is there a conservative out there that isn't a bigot or monumental douchebag, someone w/o an appalling lack of compassion or lack of common sense? Someone who actually cares about their fellow Americans. Anyone?

You know why Republicans like charities? Tax deductions. If Romney were to actually remove the Itemized Deduction for charitable giving, as he suggests he would, you'd see donations to charities plummet.

And before the Righties start in with "well Democrats will lose the tax break as well", bear in mind a lot of people on the left who donate to charities aren't able to itemize, so they've never gotten the benefit for the deduction in the first place.

Now, which group do you think will be more likely to turn off the spigot: those who donate in order to get a direct cash benefit, or those who donate, but have never gotten a cash benefit?
COMTE on October 18, 2012 at 3:53 PM · Report this
14
#1 - no wonder people "harass" you. Maybe if you stopped making idiotic comments every day the harassment would subside. Just a thought.
catsnbanjos on October 18, 2012 at 3:54 PM · Report this

Actually, this whole thing has sounded off to me. Paul Ryan and his clan, what--pushed their way--into this charity's kitchen, forced this photo-op moment on them, and now, as a result, they're hurting for donations? It just doesn't have the ring of truth. Charity or no, I just don't like being deceived.
Revenge! on October 18, 2012 at 3:55 PM · Report this

If he is as devout a follower of Ayn Rand as he's claimed in the past (before he became known on the national level), then, yes, he should be against charity.
keshmeshi on October 18, 2012 at 3:58 PM · Report this

Why would a Catholic charity attack a Catholic candidate? It's not like St. Vincent de Paul is some obscure charity no one's heard about. This story hurts them more than helps them.
keshmeshi on October 18, 2012 at 3:59 PM · Report this
18
@15 - are you not familiar with the back-story? How is it you've not looked into it over the past few days?
If I recall, the campaign arranged with a volunteer at the kitchen to let them in when nobody else would be around.The ED of the organization was never notified and permission was never requested. Sounds like this volunteer was a Ryan supporter.
TJ on October 18, 2012 at 4:02 PM · Report this

Watch the video of it.

"Paul Ryan and his clan, what--pushed their way--into this charity's kitchen, forced this photo-op moment on them, ..."

That does seem to be what the video shows.
Ryan and his family show up.
Go to what appears to be a vacant kitchen area (no one else working there).
They "wash" a few (3? 4?) dishes that seem to already be clean that are sitting on the sink.
Then they walk somewhere else and pass what appears to be a homeless guy (client of the soup kitchen?) and Ryan has a 3 second conversation with him, over his shoulder, while walking away from him.

"It just doesn't have the ring of truth."

Do you have a problem believing the video or that people would pull their support after Ryan looks stupid there?
Because if it is the second part, we've gone over that many times here.
It's the core difference between supporting social security programs via taxes and supporting charity.
With taxes, you get no say in who gets how much how often.
With charity, you get to decide who gets how much and how often.
fairly.unbalanced on October 18, 2012 at 4:16 PM · Report this
24
Revenge: run away! run away!

Give to this charity BEFORE you give to Obama or any of the corporate whores on the ballot this year. The shelter is actually doing good for those who need it.
Cato the Younger Younger on October 18, 2012 at 5:25 PM · Report this

29
@12 I have a theory that conservatives are all bad people. I used to be a bad person. I thought poor people were poor because of their own mistakes and deserved the place they had in life. I voted for Bush... and then I lost my faith. After that, I began to think that the only way for humans to be good is to stop believing in God and being conservative. And that is how you become a good person. :)
ScienceNerd on October 18, 2012 at 5:30 PM · Report this

Except for, you know, WITH YOUR VOTE. My ballot arrived today and look at all these levies I get to think about, and people with voting records for tax increases for things I care about and stuff! Neato!
threnody on October 18, 2012 at 6:06 PM · Report this
31
@22 Yeah, you're a punk. The only thing that "sounds off here" is your fake butt trying to pretend that you're not a Team Romney cheerleader. Just come out and say it, say you're a Teddy Bear for Romney, or something, like Paid Dude, and I'll respect you more.

Wow. First of all--I am NOT A ROMNEY SUPPORTER and I especially hate that arrogant, mother-fuckin' muppet-lookin' clowndouche Ryan. I'm a college-educated (UW and proud), charity-supporting, liberal atheist who is surrounded by Republicans on the Eastside. If I could, I would pick up my house and move it near Greenlake, where I like to run and to hang out with some of the nicest people I know.

I think so many of you got bent out of shape for nothing. I have a suspicious mind, I admit, but I think being skeptical is healthy. And many of you read waaay too much into it.

Without making this post extremely long, let me just say this; I'm not an expert on what happened with the Ryan soup kitchen fiasco, but I get especially suspicious when comes to political stunts. And you all should be too.

I spoke with someone tonight about this blog post and before I had even told her what I wrote, she said the same thing. So, at least I'm not alone in my suspicions.

I'm all for giving time and money to charity, but I don't like doing it under false pretenses. That's all I was saying.

Please pull your head out of your ass. You'll find it easier to breath if you do.
Frank Blethen's vodka distiller on October 18, 2012 at 8:59 PM · Report this

This is an alternative.

That is, if you feel a bunch of people who hang around on a news site posting snarky comments can be trusted.
wingedkat on October 18, 2012 at 10:16 PM · Report this
36
I would like to see the charity send the Romney campaign a bill for "Unauthorized Use of Premises - Campaign Advertising" for the amount that donors have pulled out. Direct consequences of their campaign stunt.
on October 18, 2012 at 10:31 PM · Report this

So what you're saying is that he's an objectivist and is just lying about it now?

I guess if you want to believe that lying little weasel, that's your call, but when others refuse to believe him that is not "willfull ignorance".
keshmeshi on October 18, 2012 at 11:24 PM · Report this

41
Rmoney should personally make up the difference for them.
Aurora Erratic on October 19, 2012 at 6:37 AM · Report this
42
@38
"He's a conservative Christian authoritarian."

With the same critique of "Objectivist" I could say that he isn't "Christian".
But that doesn't matter.
He picked up SOME of the Objectivist dogma (notably "greed is good") and replaced part of the Christian dogma with that.

Would Rand call him an Objectivist? No.
Would Jesus call him a Christian? No.
fairly.unbalanced on October 19, 2012 at 10:10 AM · Report this