This morning, under the giant phallus that is our lovely Space Needle, about 100 "women who know Rob McKenna" gathered at a rally/press conference on the Seattle Center lawn. Being a woman—and also a woman with a camera—I figured I should go and see what it was all about.

Many women were claiming to know the "real" Rob McKenna, a candidate for governor who has been maligned an anti-choice, anti-woman, anti-gay huckster who's running on the Republican ticket for Governor. "Stop the lies," said one of the signs. In reality, Rob loves women and women love Rob.

Some people also loved Jay Inslee—the "sinister" Democrat in the race, according to one pro-Rob speaker—whose supporters showed up in roughly equal numbers to wave sinister Inslee signs.

Then it got exciting! I met two very enthusiastic women for McKenna. This is one of McKenna's hairier supporters:

...and this redhead seemed to be even more enthusiastic, cheering for Rob's promise to keep gay lifestyles out of our public schools! 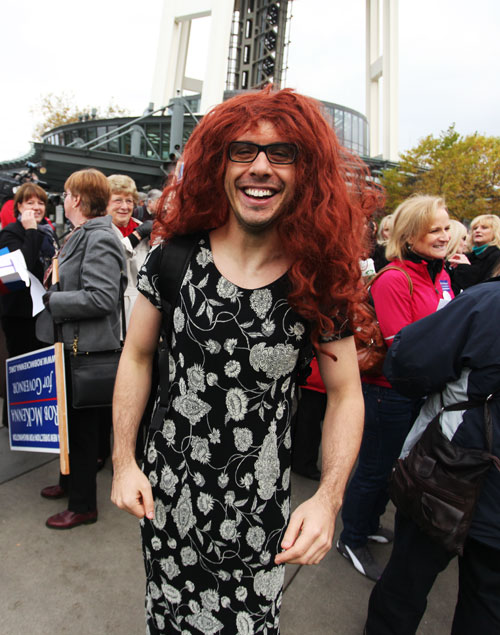 As the Jay Inslee people started closing in... 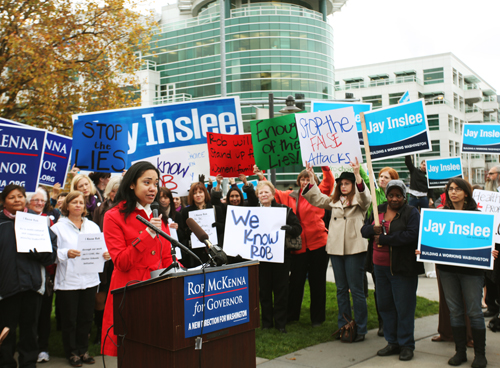 Some of the pro-McKenna women started getting testy! 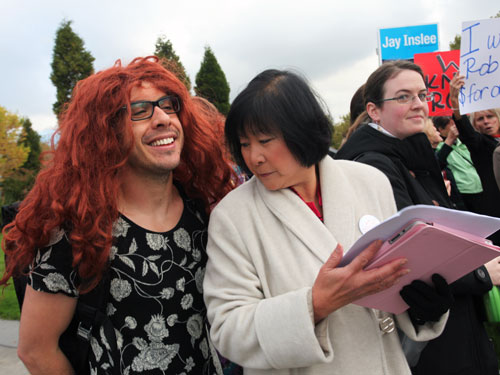 But my two new lady friends could not be bothered, and continued to make their pro-Rob voices heard. 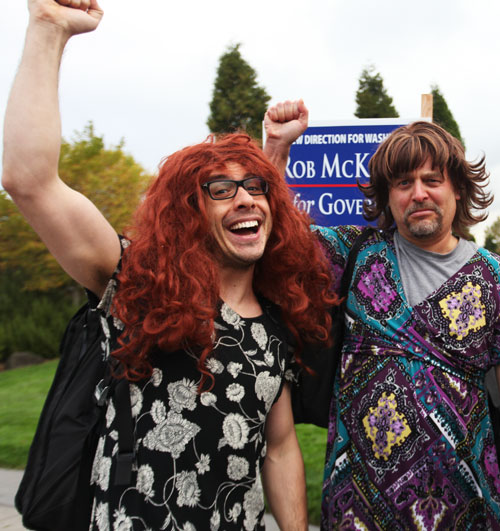 They clapped and cheered along with McKenna supporters to promises that he would fund K-12 education, fund higher education, refuse to raise taxes for either of those two things, decimate the social-safety net, slash funding for basic government services, oppose equal rights for LGBT people, and make sure women had a hand in every step of that agenda if elected! 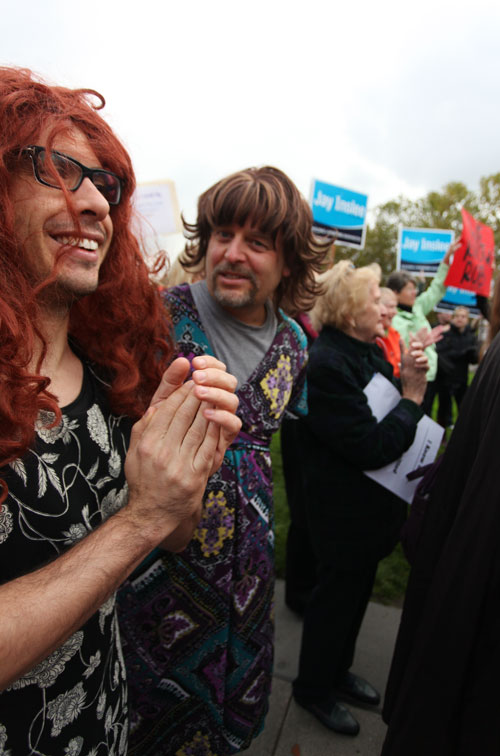 After the rally, the redhead engaged this woman in a conversation about the need to keeping "strange" lifestyles out of the classroom: 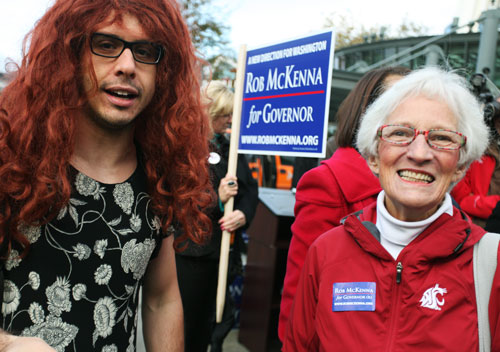 And another woman, proudly wearing "Chicks for Rob" buttons on her jacket, simply adored my new friends... 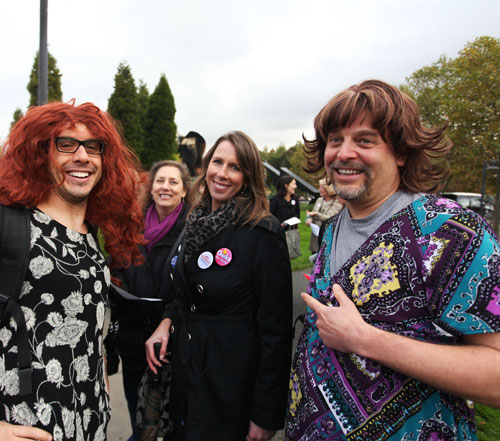 ...ooh, then this woman, right, seemed angry with the redhead. After taking this photo she demanded that I *NOT* publish her image anywhere. Shucks, sorry—but you're the one holding a press conference! 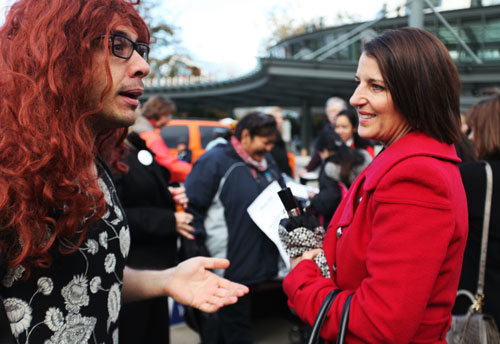 All in all, it seemed like a successful outing. I learned a lot! 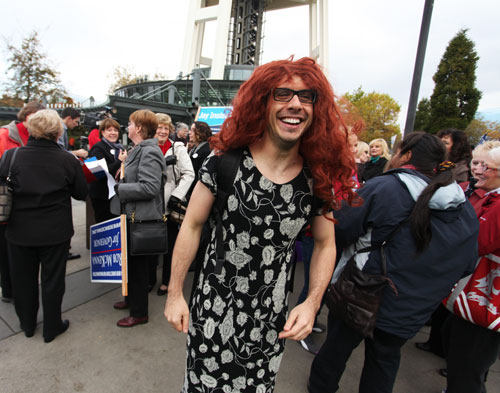