3
That is fantastic! Thank you for sharing this sweet synchronistic moment! 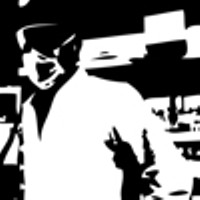 9
Who would have imagined AT&T would still be in business four years later?

My assumption is Cameron is an older black male who has an older brother that was on his death bed in 2008 and was happy he got to see a black president elected before he passed.

Or his older brother is gay and had recently come out to Cameron so Cameron wanted to reaffirm that he loved his brother no matter his lifestyle choice and that Cameron assumes his brother must be happy a president who believes in equality was elected in 2008.

While my brother (14 years older than me) and I are close, we rarely send I love you texts except for in the case of family deaths, or impending serious weather events. Maybe Seattle is different!

Do others have thoughts on the scenario taking place between Cameron and his older brother?

Battery percentage was added as a feature first seen on the…, which was released in June 2009. 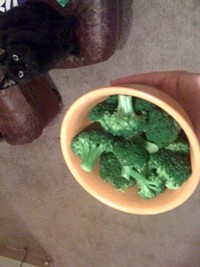 22
@9 Hah! Well, arguably I was wandering about through the Showbox and downtown Seattle where there are a few dark holes in 2008 and this year I was in one place with a solid signal. But yay for signal boost anyway.

@15 Not bullshit. I took the screen shot on election night this year, so it's the current iOS, obviously. I kept the original messages in the text queue. I didn't really want to keep a screen shot in my images for four years.

I'm glad people enjoyed this as much as I did.

Renée Krulich (Nay) on November 8, 2012 at 2:56 PM · Stranger Staff
23
I want these two to meet!! If there isn't a romantic spark there, you two need to be best friends!!! Then blog about it... :P (Ok, so that part isn't as necessary, but I'd follow that blog)
breezyt22 on November 8, 2012 at 3:15 PM · Report this
24
this is so amazing!! I couldn't hold back the tears. What a touching and truly human moment of pure connection.
OH WAIT, no it isn't! Strangers (from the same area code) were able to fumble through an accidental digital interaction for a few lines of text message because they have something in common, being two people in a pool of (at least) 52 million who were happy with the 50/50 outcome of the most prominent event in the entire nation!!!!
theomonk on November 8, 2012 at 4:21 PM · Report this
25
So if you kept the original text in the queue, that means you've had the same phone for four years. You do know you're eligible for an upgrade, right?
stevensnell on November 8, 2012 at 8:46 PM · Report this
26
Can you guys please meet??
on November 9, 2012 at 7:08 AM · Report this