A Photojourney: Nine Stories Underground, in the University District Station

When Sound Transit's University District Station opens in 2016, it will be capable of shuttling some estimated 20,000 passengers a day from the U-District to downtown in six minutes. Boring on the tunnel lines was complete last year and workers are now busy constructing the U-District station from the top down, through the water table. Yesterday, Kelly and I took the tour. 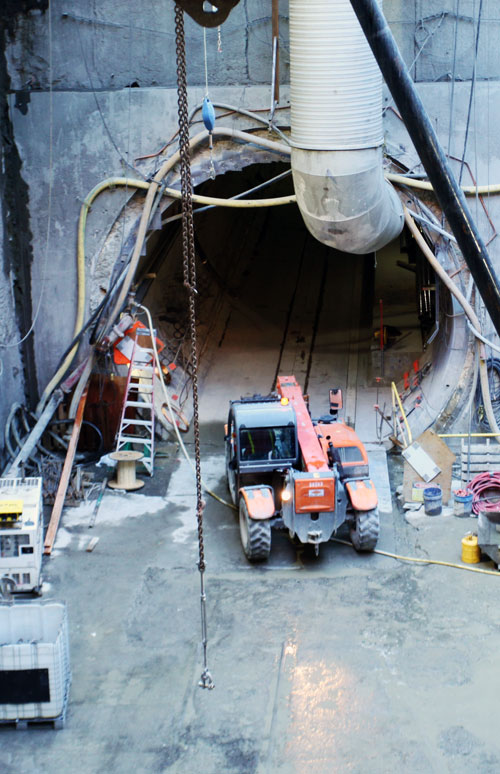 This is one of the two tunnels entering the U-District station. The tunnel runs 300 feet below ground at its deepest point, under Volunteer Park, before emerging in the U-District.

These pillars are part of the "head house" of the U-District station. Work on the station and tunnels at this point is 60 percent complete.

Here's us, preparing to descend 900 feet down into the belly button of the earth. You can almost smell China from here! 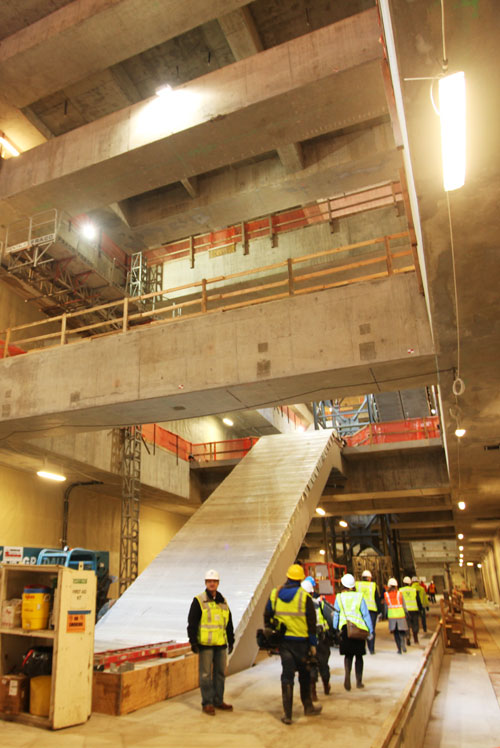 This will be the eventual platform of the U-District station. The giant slide thing will one day become an escalator, which will take riders to an upper level where a backdrop of back-lit metal panels, created by artist Leo Burke, will be arranged to represent the various geologic formations the line passes through on its way downtown. 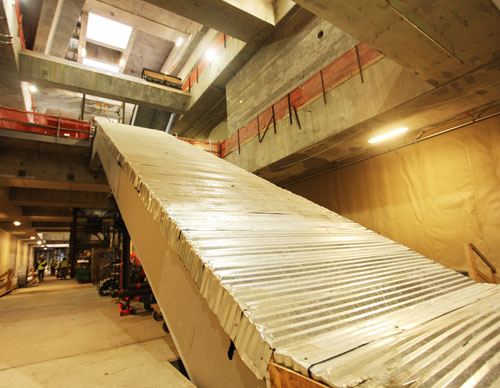 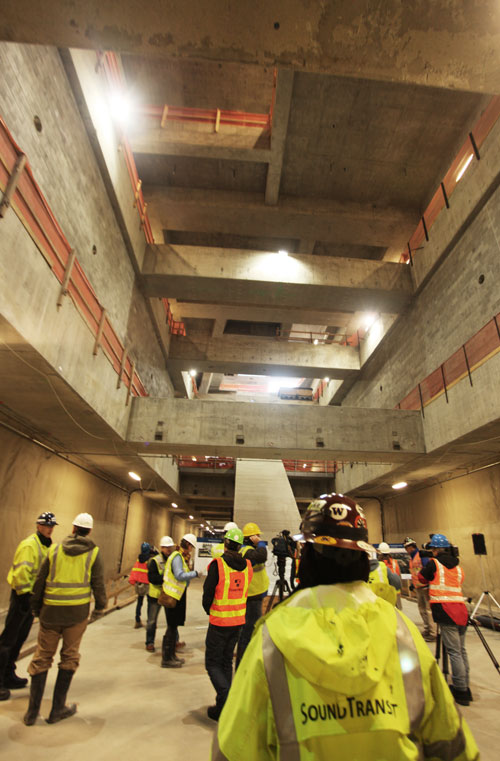 The U-District station will be Sound Transit's terminus for five years, as work on Northgate station continues. 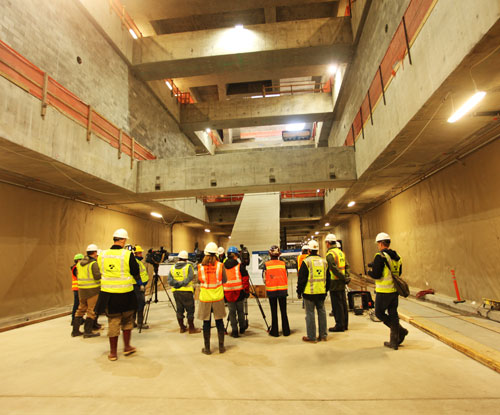 The rectangular excavation site between Capitol Hill and the University District is large enough to hold the Space Need laid on its side. 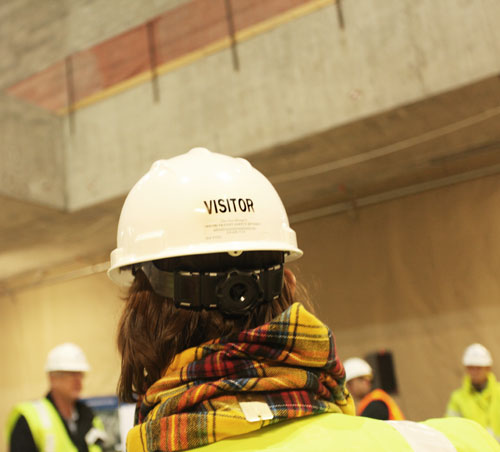 Work on the U-District station began two years ago. Work on the university's new stadium, right next door to the station, began one year ago. I asked if the two construction crews ever rumble. "HAHAHA, no," someone replied. 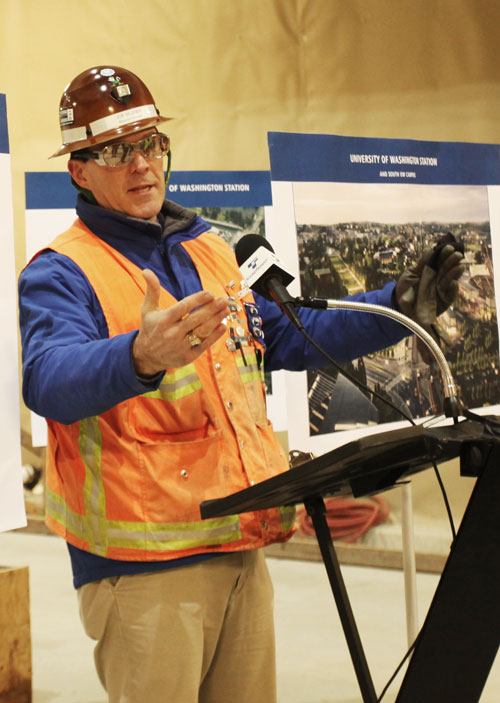 Sound Transit expects its first shipment of rail segments to arrive from Indiana in February. The segments, each 60 feet in length, will be lowered down into the Capitol Hill station and welded together on site. From there, workers will "charge the tunnels" with the sticks of rail. 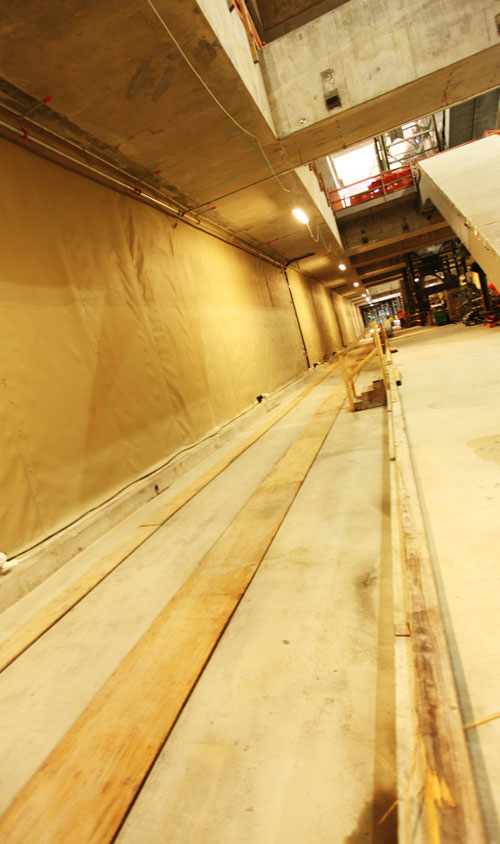 We're talking about two miles of rail running at a four percent grade from Capitol Hill to the U-District. I asked if it would be possible to "bomb the hole" (I think I made that up) on a skateboard before the line was finished. "HAHAHA, no," someone replied. 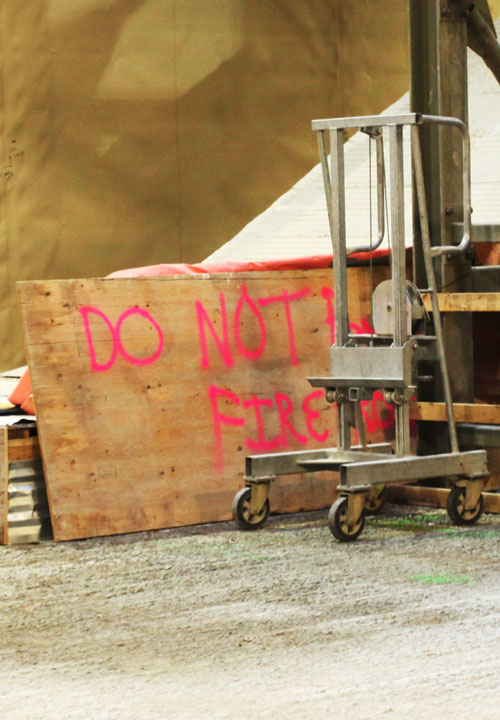 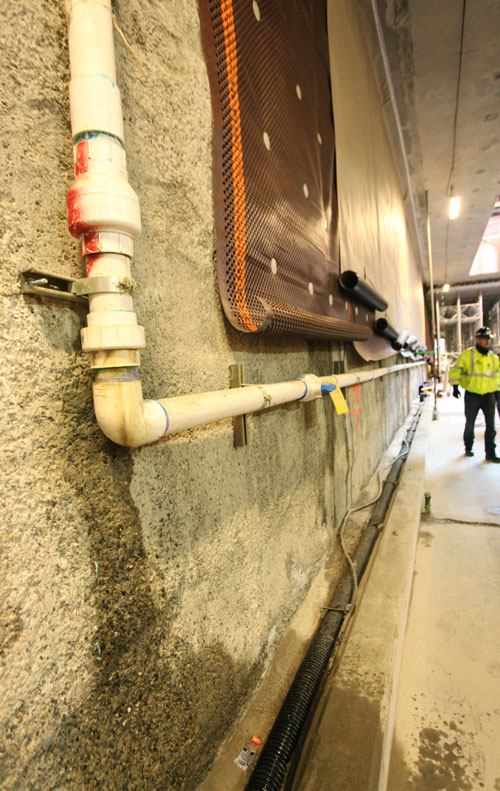 Here is a leak. The rolls of plastic-looking wallpaper you can see hanging in the background are the station's waterproofing agent because the station sits well below the water table. Those pipes funnel the leaking water into drainage ditches that shoot it right back out. 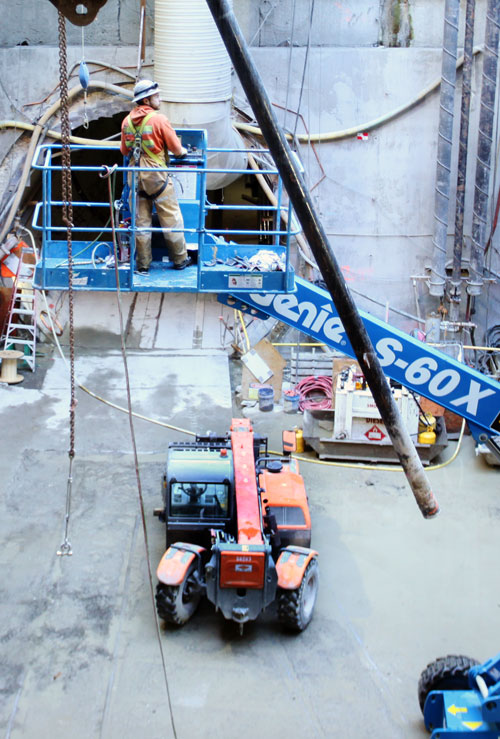 Here's a man, doing his thing. Charge the hole! CHARGE THE HOLE!!! 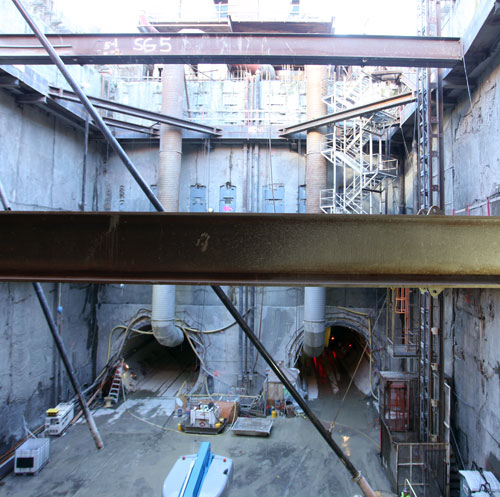 Fin.
All photos Kelly O
The Stranger depends on your continuing support to provide articles like this one. In return, we pledge our ongoing commitment to truthful, progressive journalism and serving our community. So if you’re able, please consider a small recurring contribution. Thank you—you are appreciated!
CONTRIBUTE NOW