What Are the Five Most Hated Companies in America?

1
I can't imagine anyone mustering much hate for any of these companies except Citigroup.

(i.e. - places that treat their employees like crap, treat their customers like crap, distort the political process, screwing everyone, or are known/thought to be homophobic/racists/etc)
Schmapdi on January 22, 2013 at 1:03 PM · Report this
2
How is that list missing Comcast and Ticketmaster?
Conrad McMasters on January 22, 2013 at 1:04 PM · Report this

6
Wow. I think the metrics they used to calculate these were the wrong ones. Comcast, Chase, Bank of America, and/or WalMart should probably be on there. JC Penny just seems so innocuous.
well_now on January 22, 2013 at 1:16 PM · Report this
7
Facebook? I thought everyone loved Facebook so much they'd willingly hand over all their privacy to use it, despite it being a completely non-essential service. 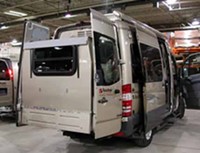 Any list of hated companies that doesn't include WalMart in the top 5 isn't using the proper parameters.
Pick1 on January 22, 2013 at 1:43 PM · Report this

15
Sadly, people don't know enough about Monsanto to hate it very much. I'd guess that a good chunk of the country have no idea what it is.

A lot of my Iowa friends LOVE Wal-Mart. That JC Penney thing is just weird. Must be the Christian moms.

But for the life of me I can't understand why Bank of America and AT&T aren't on that list. But I may be biased because I have had two incredibly frustrating interactions with both of those companies just this morning.

18
I know about Monsanto. I used to own 600 shares of it. Kept me awake at night owning it.

25
Comcast and Chase, based entirely on my experience as a customer. Clear Channel, based entirely on radio sucking balls and Rush Limbaugh. Monsanto feels evil but I don't base this on knowledge or experience so much as it being the go-to brand for "Evil, Billion-Dollar, Multi-National Concern."
blip on January 22, 2013 at 2:19 PM · Report this
26
Comcast, Walmart and Wells Fargo are at the top of my list.
on January 22, 2013 at 2:19 PM · Report this 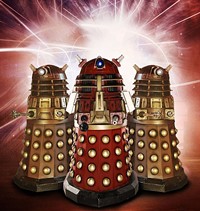 30
There is so much wrong with this list that I'm not even going to waste my time reading up von how they reached these conclusions.

33
All of Wall Street would be at the top of the list if this list wasn't compiled by Wall Street.
SPG on January 22, 2013 at 3:00 PM · Report this
34
@11, why Delta? It's true that they went through bankruptcy, using the opportunity to lay a bunch of people off and unilaterally change contracts. But that was a few years ago, and all the other big airlines have done the same thing (including AA doing it right now). And Delta has been one of the top-rated big companies in the HRC rankings for a long time now.
on January 22, 2013 at 3:06 PM · Report this

37
Even if you're going by consumer satisfaction, and not overall corporate ethics and business practices, it's impossible to believe that JC Penney is number one and Comcast and AT&T don't even make the top five.
keshmeshi on January 22, 2013 at 3:17 PM · Report this

38
I order Homeland Season 1 from Sears on Dec 20, and I still don't have it. That said, if Citi, BofA and Chase aren't your top 3, you need to read the latest Matt Taibi piece on the bailout in Rolling Stone. Those 3 banks now borrow for half a percentage point less because the market believes they have the backing of the US govt. They are too big to fail, and abusing customers, borrowers and regulators left and right.
biffp on January 22, 2013 at 3:30 PM · Report this 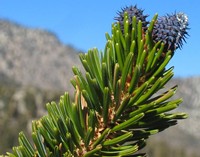 T-Mobile has the shittiest network service and reliability. A friend will call me, on their end they hear the phone dialing/ringing and then it will go to voicemail. On my end the call never even registered, the phone never rang and I got a missed call notification on my phone. Later when I tell my friend I never received the call to begin with, they think I'm lying. The same thing happens to my out-of-state parents who have t-mobile as well as my friends. So its not limited to my phone/number, tower, state, whatever.

T-Mobile fucking sucks!
MetalHeadCrab on January 22, 2013 at 4:23 PM · Report this
43
I'd say Big Gold Sacks ... I mean ... Goldman Sachs, Chase, and the rest of the "Too-Big-To Fail's" that saddled the world economy with over 400-quadrillion in derivative fraud, while covering their ass by paying themselves trillions in secret, interest free loans from the Fed (with the full protection and complicity of government) are at the top of my list.

People should be lining up outside Lloyd Blankfein and Jamie Dimon's estates with torches and pitchforks, but unfortunately that that will never happen as long as the heads of these transnational, "vampire squid" banking cartels sit in positions above governments, instead of inside a prison cell.

Spindles would strongly urge everyone to read the most recent article by the excellent Matt Taibbi titled "Secrets and Lies of the Bailout". My only criticism would be his implication that the Federal government are merely stooges to the whims of the banks instead of active participants in the fraud.

44
As much as facebook sucks, I had to give my vote to t-mobile for the lone fact that I'm shelling out way too much money for a shitty phone with even shittier service. But hands down, the top place should be Comcast. Anyone who's had comcast (which is everyone) knows how awful and annoying it is dealing with their company.
lizlemon on January 22, 2013 at 4:33 PM · Report this 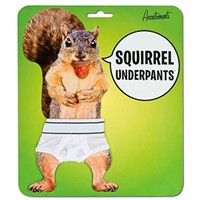 45
Comcast, by far, has the worst service ever. I talked to at least 40 different CSR with a problem and got a different answer and NO help from any of them. EVIl. EVIL. EVIL. I don't understand the JC Penney Rating.
Madskillz80 on January 22, 2013 at 4:37 PM · Report this

46
Citigroup once tried to recruit me to pay them for the privilege of selling insurance for them. It was my first encounter with the 'I pay you to do a shitty job scam' and I was flabbergasted at the audacity.
The Max on January 22, 2013 at 4:37 PM · Report this

48
Other: Whichever sprawling corporate octopus it is that owns Disney.

Wait! I changed my mind: Whichever sprawling corporate octopus it is that owns most of our Senators and Representatives. Is it Quantum? I can never remember.
treacle on January 22, 2013 at 4:47 PM · Report this
49
I would have expected Walmart, Chase, BoA, BP and Chik-Fil-A to be up there, given the current socio-political climate.

57
This isn't hard. Think of the global damage done, not the irritations you may have encountered. A dropped call or a missed pay-per-view ain't the same as a mine full of dead workers. 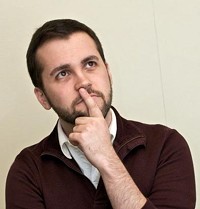 60
I think JC Penney's mistake was beginning to sell themselves as something wildly unique and different without having first overhauled themselves. Kinda like photoshopping a thin version of your photo for a dating profile "cuz you're gonna lose weight in a couple months anyway." However how this made them the MOST hated company is beyond me.
KingofQueenAnne on January 22, 2013 at 9:42 PM · Report this
61
Walmart, ticketmaster. Don't set foot in Walmart, haven't for years. Ticketmaster I use as absolute last resort.
Truefabrication on January 22, 2013 at 9:43 PM · Report this

62
I used to have T-Mobile. No complaints.

63
Disney, because they try to dumb down children the world over. And they convince girls that "princess" is the only valuable job prospect for a female.
And they are fucking fascists with their employees.

Monsanto, who strives for world hunger.

Home Depot for sure...I have to live in a neighborhood with one of their stores and they're absolutely horrendous to the community, beyond their other evils. I had a terrible time with Sprint over many years. And of course, Walmart, the evil empire.
Ms. D on January 23, 2013 at 9:24 AM · Report this

77
I definitely agree with all so listed Monsanto (evil, evil Borg); and with @57 above...
Casa de Shapley on January 25, 2013 at 12:15 AM · Report this
78
I can't believe no one mentioned the post office....ru kidding me,,,9 billion a year in bogus pensions and did yo uknow that UPS now moves their packages for them behind the scenes. These people are the ultimate corporate morons WITH a hook into your tax dollars...couldn't be more corrupt.
smarterthanyou on January 26, 2013 at 6:38 PM · Report this
79
I was a happy T-Mobil customer for 8 years until a dishonest rep told us nothing but lies on our last phone change. Free phones turned out to be not so and I complained with no help from T. Told them were to go and canceled in 24 hours. Sent me a bill for $1800+. Will not give them 1 red cent/ Beware!
bc6612 on February 18, 2013 at 5:30 AM · Report this

80
Chick-fil-A would be on this list for Washingtonians.There is a Washington group on facebook boycotting them. Most people reading the slog will be interested, I hope you join. https://www.facebook.com/BoycottChickFil…
quirkyintensity on December 16, 2014 at 12:36 AM · Report this