The sun took center stage yesterday. Flowers flowered and birds cackled as most Seattleites sat outside, basking in one of the first warm evenings of spring. I heard the muted, joyous laughter of pedestrians in a conference room at City Hall where I sat with three unhappy strangers and listened to a two-hour panel of “experts” lecture rows of empty chairs on happiness.

As part of a “Happiness Initiative,” Seattle City Council member Richard Conlin had summoned a New York group called Make It Happy to come to Seattle and explore the topic with the hopes of “integrating happiness into public planning,” as he explained. 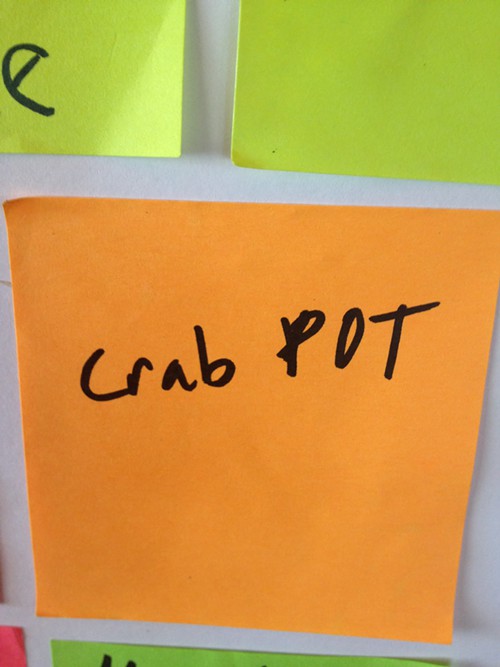 Here was their methodology: “The last four days we were out on the streets asking, ‘What makes people happy?’” explained Laura Musikanski of Seattle’s own Happiness Initiative, which was tasked with surveying Seattle’s happiness levels in 2011 (spoiler: poor, stressed people are less happy). Behind the panelists sat a wall of post-it notes with the answers to that question, including sex, fish, power, free parking, corn, and sun. “Some of the strongest areas were in environment and… the importance of community,” she said.

“A lot of people said water—they love the rain,” added Mario Chamorro of Make It Happy. “People in Seattle are waterproof!”

More photos from Kelly O after the jump. 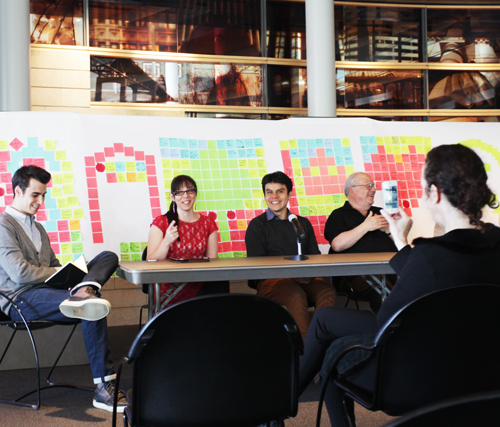 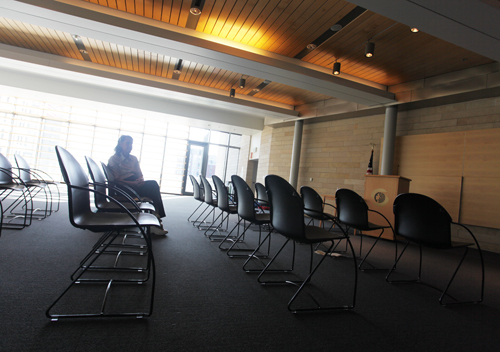 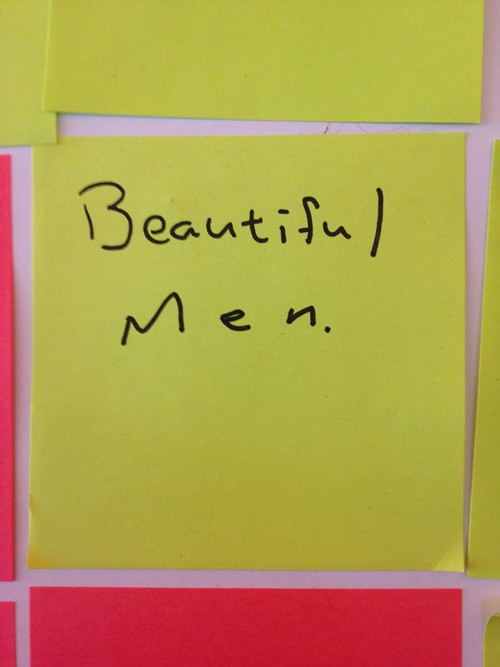 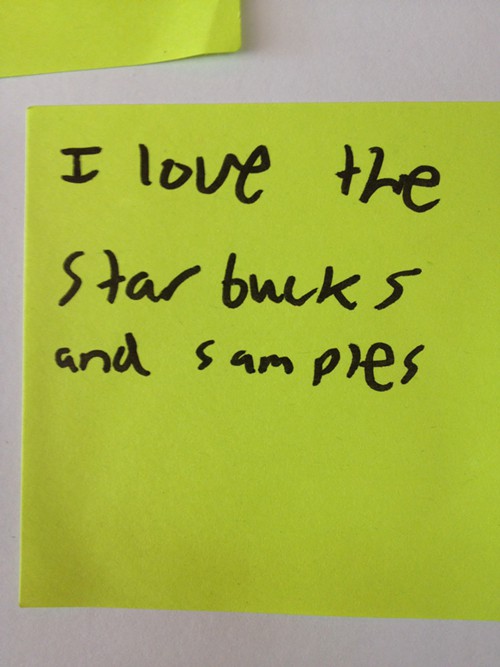 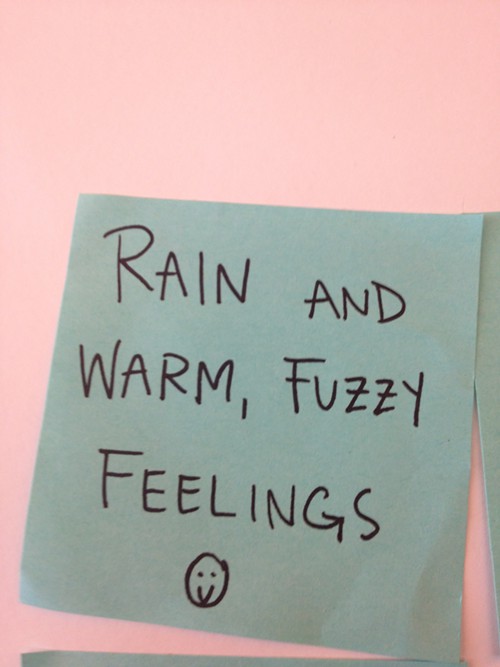 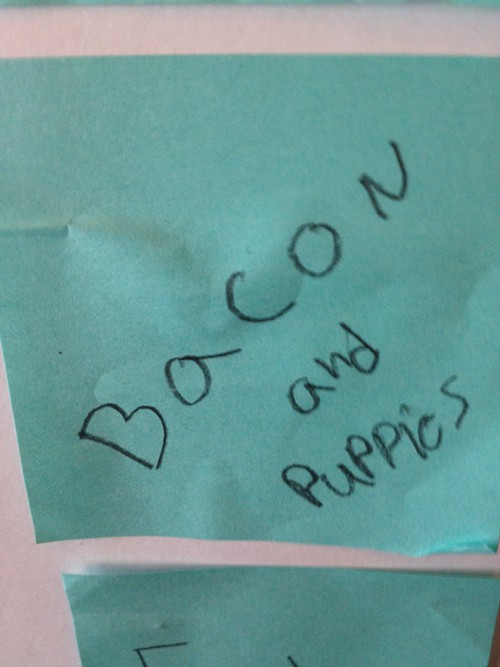 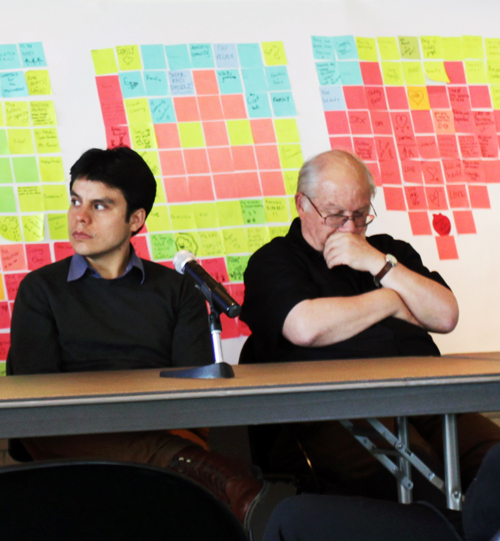