Monica Drake and the Stranger Issue to Remember 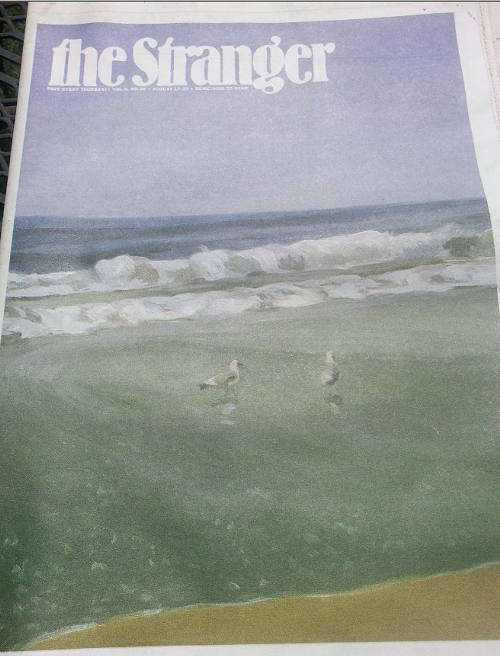 That entire issue was a short story, "Bones in the Garden," written by Monica Drake, a Portland author whose recent novel The Stud Book was published by Hogarth and reviewed favorably in several papers, including ours. Well, this Friday, Monica Drake will read from The Stud Book at the wonderful space called Vermillion.

One other thing: Monica's first novel, Clown Girl, was not only optioned by Kristen Wiig but had a small role in Portlandia.

And why is there a conflict-of-interest in all of this?

Rafiki, Jazz on a Summer's Day, and More Top Picks

Currently Hanging: Anthony White's "WHEN IT RAINS IT POURS" at Greg Kucera Gallery