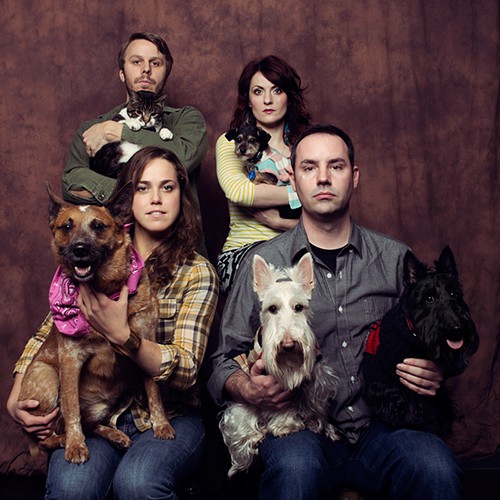 "Hi! We're Ephrata and we go around calling ourselves "Seattle's best all girl and all guy dream pop shoegaze band" because we know how much journalists, bloggers and comment jerks love to talk about "all girl bands" (but not "all guy bands" for some reason... I WONDER WHAT THAT REASON IS?) Well, we’re both, and we're spacey and dreamy and sometimes we kind of sound like somebody put Slowdive and Cocteau Twins in the Brundle teleporter with Abba and Sing Along With Mitch. You can hear our latest EP for free (because we’re so nice) and decide for yourself here on Bandcamp.

We've only been around for a year but we decided that we were going to do SXSW and The Stranger was gracious enough to let us tell you about our trip so you can be informed about the super important stuff that is happening in Texas in the middle of March.

We decided to go to the festival because it was either that, or book a regular little tour ourselves with a high likelihood of it being a huge waste of time (welcome to being a nobody band just starting out!). So we started bugging the SHIT out of everybody we could think of back in December and it paid off in spades! We have 14 shows booked in Austin between March 11th and 16th, not to mention an interview or two. That’s insane. FUCKING INSANE. But whatever, if you’re gonna die, die with your boots on. It's basically like a tour in one city with a much bigger chance of the shows being full because, if you haven't been, SXSW is essentially hipster spring break and the entire city of Austin is overrun with drunken goofballs bumbling from show to show and all the downtown streets are closed to cars so the streets can run puce with the frito pie and Pabst vomit of a million heat stroking college kids and grody aging music dorks. Like Capitol Hill Block Party for 20 blocks. Plus Texas. Spine chilling, isn't it?"

"Monday we left Seattle for Austin. We are square and old so we opted to fly. Since SXSW shows are almost all backlined (aka they provide drums and amps) we just needed to pack our guitars and pedals, some clothes and say goodbye to our lovely pets. 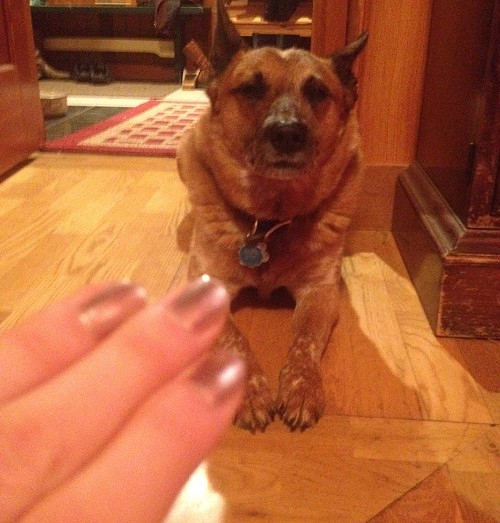 Our flight was sort of OK. There was a baby in front of us bellowing like a banshee the whole flight, once in a while he would take a break from screaming and start crawling on the floor and yanking on Ben’s feet. There was actually another baby on the other side of the plane so it was like stereo bullshit baby screaming for 3 hours straight. No exaggeration. Don’t have children. Please. Also, CRAZY TURBULENCE (see Vine evidence). Unrelated but gross: some sadist/pervert/leaky person left the seat up in the airplane lavatory and Jules sat on pee.

Pro festival tip: AirBNB is THE SHIT. Hotels are a rip off and actually so are a lot of AirBNB houses in a festival town during festival time, but there are always people who are not shithead gougers and charge a reasonable rate. Anyway, we got an entire house for like $100 a night. That's insanity! It has a giant painting of a pug in the living room. 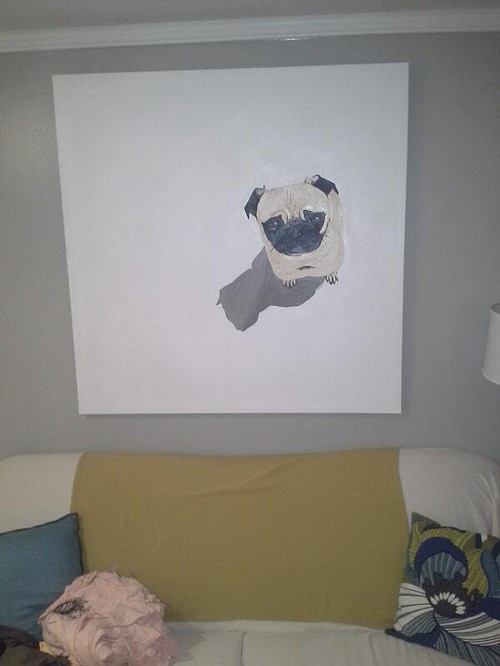 But we didn’t have much time to relax because our first show was THAT NIGHT. WHO FUCKING BOOKS A SHOW THE NIGHT THEY GET IN? THESE ASSHOLES, THAT’S WHO. We basically got off the plane, got our rental minivan (Grand Caravan, baby! Livin’ large), hauled ass to our house and dropped our clothing off then ran to the Blackheart Bar. Oh hey, remember when we said that all the shows have backline? Well not this one! So we had to scramble and Jules sweet-talked two other bands into lending us all their shit. Luckily, members of Christy Hays and Ben Ballinger are as generous as they are sexy, and they came through for us. Then we realized we had no paper to write a set list on so Skadi ran around looking for some and there were no paper towels in the ladies room so she asked some rando dude to get a paper towel out of the mens room. He eagerly obliged. Maybe too eagerly. The show was super fun! Lots of good response and a great way to start the fest.

After the show we were fucking STARVING. Well, before the show we were fucking starving too, but finding amps and drums was priority numero uno. We hadn’t eaten since 1 pm so we ran over to the food truck corral and got pad thai. There were all kinds of cats scampering around. We postulate that a food truck corral would be an awesome residence for a cat. All those table scraps! 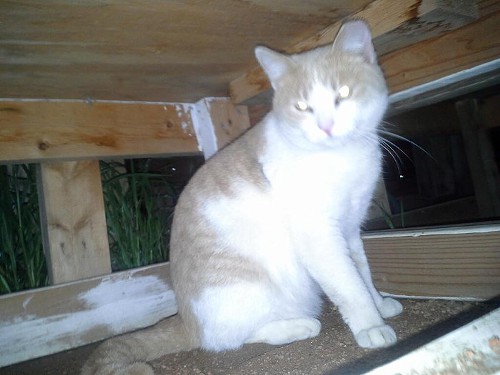 On the way back to the house Jules started scarfing the pad thai so fast that it came back up and she barfed out the window of the minivan. Stay classy, Jules! Anyway, we're mostly excited about Whataburger and will probably develop congenital heart disease from eating so much of it on this trip. But what a delicious way to suckle the Obamacare teat, right? We even got them to tweet at us. So the trip is already a success." —Ephrata