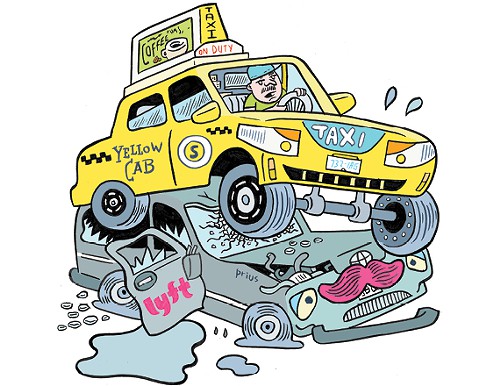 A coalition group has collected enough signatures to suspend a newly-passed ordinance regulating companies like UberX and Lyft, and now Mayor Ed Murray wants to work with all stakeholders to reach a new agreement.

The group, which received more than $400,000 in donations from Uber, Lyft and Sidecar, submitted more than 36,000 signatures today to the City Clerk’s office, more than double what was required (16,510).

The City of Seattle has a referendum process in place for situations like this, and if citizens can gather enough signatures — eight percent of the total number of votes cast for mayor in the last mayoral election (206,377) — newly-approved ordinances will be put on hold and then voted on by Seattle residents.

uberxCity officials confirmed to GeekWire this afternoon that the ordinance, which would have gone into effect later this month, is officially suspended. That means everything that the City Council agreed upon back in March—including the 150 cap on active vehicles, safety regulations, insurance requirements, etc.— is all put on hold.

In the meantime, the rideshare companies, taxis, and for-hire companies "have all agreed to enter into a 45-day negotiation process to work toward a proposal that is acceptable to all the stakeholders and to City Council," according to a mayoral statement. This comes after Murray grudgingly signed the rideshare regulations unanimously passed by the council last month.

Unlike Seattle, Portland's Mayor Will Not Ban Police Use of Tear Gas During Protests