Racists Against "Racism" in Bellingham

2
The reaction of the racists is hilariously disproportional, but revealing of their mindset.

"Less white" certainly lacks subtlety. I think ideally any student body would reflect the racial makeup of the surrounding community and it sounds like WWU isn't succeeding in this. But the more politically correct way of phrasing the problem is a lack of diversity not a surfeit of white people.
fletc3her on April 21, 2014 at 4:23 PM · Report this
3

Washington State is a rez' for white folk.

He only lived in Bellingham for a few years and graduated from Sehome High School.

I went to BHS and he was a class behind me. He was a little weasel and pussy even back then.

tkc on April 21, 2014 at 4:54 PM · Report this
5
Whats interesting is that anyone with half a brain can parse out the actual meaning of these little racist slogans.

If Diversity = White genocide in a nation that started out diverse (unless you are native american), then their ACTUAL argument is "We oppose diversity, thus anyone who isnt white straight and christian like us should either be exiled or culled outright".

Bellingham has been getting more and more racist over the last few years. Every black male student at Western I know has a horror story or two about the city. What a shame, it was once such a nice little town.
araucania on April 21, 2014 at 6:17 PM · Report this
6
Stupid College President.
Stupid protesters.
on April 21, 2014 at 6:44 PM · Report this
7
@5 What? Bellingham is infinitely less racist and more diverse than it ever used to be. I lived there in the late 1970's through the eighties-- for ten years and my parents have lived there for thirty. You have no idea.

There was ONE black person in my entire highschool there from 1978-1981. Western had almost no black students until the early 1990's.

Not to mention the often violent racial tension between Lumie's and... well, everybody else.

All that stuff about Bellingham being hippies and shit was never really true. Some of WWU were granola's. But Whatcolm County has always been red neck as fuck.

So youre counter to me saying "bellingham has RECENTLY gotten a racist vibe" is to tell us all how you lived there 20-30 years ago and it wasnt racist then?

12
At a glance:
Dentistry = White Genocide 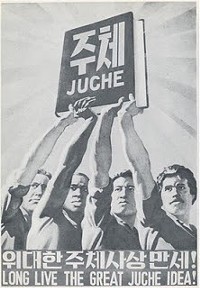 DNA tests performed for right to citizenship, marriage to goy is illegal. Ethiopians were sterilized by government doctors. Everyday Palestinians are removed from their ancestral homelands, killed or rounded up into controlled areas blocked by towering concrete walls, our media judges them for fighting back against a race/religion that lays claim to a land they were expelled from in 70 A.D.

But don't think about any of that.. Here is the real breaking news... In the middle of a forest, 4 white people hold up a plastic sign... *OMG!! it's the end of the world!!!!* Hurry! Someone in Hollywood make another brainwashing holocaust or black slavery movie quickly before white people open their eyes to the world and start thinking independently again!!

Who owns the stranger? Who owns our entire media system? Who owns the fed? Who dominates the Supreme Court and The presidents advisory? Who financed and laid the foundations of communism which resulted in so many murders? Who is involved in all these "social revolutions" that break up the cohesion of their host nations and never fix anything? Who financed the slave trade? Who are the one people that it is political suicide to ever question or criticize?who dominates the banks you have debt to? Who dominates the banks that whole nations owe their debt to? Which people is it who are oddly dominant in key power positions considering their small percentage of the population?

The same people who are promoting the opinions of privileged, screeching little brats like Ansel Herz and giving them a soapbox for their voices to be heard in all the top 10 cities of the US. How do they do it? With super DNA or superior IQ? With culture that promotes intellectual study habits? No, they do it the same way they always have, with the power of money and it's influence on politics. Money lending and the dark economy are their trades of choice from ancient history to modern times.

15
Who brainwashed you to think they are the scruffy little underdog that we all want to be cheering for? Richest most powerful minority in the world constantly pretends it's being persecuted and turned the holocaust into a religion that we all must confess our guilt to. It's all part of distracting you from the truth. That you are being colonized in your own white, european founded civilization. It's happening in all of them.
juche on April 23, 2014 at 12:14 PM · Report this

16
Who's wars are we really fighting in the Middle East and why are 1 out of five suicides in the US military personnel or former military?
juche on April 23, 2014 at 12:33 PM · Report this