Wow! Episode Eleven! DO NOT WATCH THE FUCKING THING.

And while you're at it, READ NO FURTHER.

The terrorists have won. There is no God. And our shattered world is but a veil of tears.

All of our hearts are broken this morning. A tremendous injustice—a tragedy of our time—has been inflicted upon us all. And for terrible the loss of our dear Dela, dearly beloved homosexuals of Seattle, we weep. And gnash. And flail our hands wildly! And weep some more. Manscara all over the place. I’m telling you.

But how?! Why? It doesn't even fucking matter anymore. The Kennedy assassination. Chernobyl. The War of 1812. Rwanda. Pffft! You're hilarious. All of these plus, I don't know, global warming or something, combined is what happened to us last night. The unthinkable! Our one desperate hope, our be-wigged fever dream, our (probably plastic) shimmering jewel, the inimitable and indelible Ben DeLaCreme has... gone down in a ball of fabulous flames. Eliminated! I just can't. 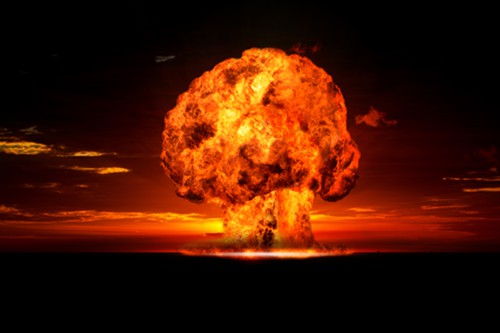 But in those flames that she so fabulously went down in burns a fierce and most terrible rage burns indeed! Fellow gaymosexuasl! Raise your fists! Smash shit and burn junk! (And leave Jinkx Monsoon out of this!) What was Ru thinking? Was she fucking HIGH? That hateful Darienne Lake lives to terrorize Shoney's Buffet another day? That ditsy glue-gun slinging he-bimbo Miss Adore Delano endures? "Cool! Party!" Shegro, please! If RuPaul were in front of me right now I'd shake her like a baby.

So Courtney Act is still kicking. Okay. No problem. And Bianca Del Rio is of course going to win the crown as we ALLLLLL know. FINE! WHATEVER! But Darienne Lake? Beat BEN DELA CREME? Kill it with fire! Scatter the sizzling she-chunks! And Adore Delano? My patience with that little Spock-browed tramp is exhausted. (I shall swallow one rusty razor blade in contrition for every time I ever typed a kind syllable about her, I PROMISE BEN, I SWEAR!) May they both get wigrot and their lashes go sour! May their hip pads go barren and a pox on their panties! Here is why they both need to explode to death right now:

Darienne, or as she should be known, "Ross Cross Dress For Less," is a delusional bitchy-ass haterface who has low self-esteem and busted fashion sense and takes it out on everyone else. She should have been eliminated AGES ago but she's clearly blowing SOMEbody. (And let's not discuss the blowee's self-esteem.) She has lashed out coldly and viciously at both Courtney and Ben out of rank jealousy and spite. I shall abide none of her!

Adore! Are you kidding me, gurl? She looks like she was glued together by amputees with forks in their eyes and no glue. Her Native American name is, "Um, That's a Boy in a Dress." And that voice! The tragic valley girl patios! Spare me the grief. She is a testament to how far zero IQ and some lip gloss can get you. The Top Four.

But wait. Let us now take a moment to remember our darling Ben and all that she gave to us before the end (bow your busted weave, hunty!). Ben touched us in so many ways. She touched our hearts from our very first glimpse of her as she busted into the work studio for the first time, all jazz hands and adorable nerves! "Hi everybody! It's me! BenDeLaCreme!" she said as Adore sat blinking dumbly with her cooter hanging out. Adorable. (Ben, not Adore's dumb cooter.) She tickled our pickle when she won The Snatch Game dressed as Maggie Smith. “Ruple, is it?” And she touched our monkey with her terrifying almost-elimination on Episode 7 that stopped my heart. All of our hearts. Such memories!

Ben had it all—the smarts, the skill, the talent, the grace, the Michele Visage's face… I. Just. Can't.

Ben's final swan song, scrawled on the mirror in Color Revolutions (tm) lipstick, went a little something exactly like this, pretty sure:

"Dear top 4- howz it going? I'm doing pretty good. Sometimes you have to have Mama Ru yell atcha a bunch of times before it sinks in. I guess I never reached that number of times, Darian. I knew the second I was up against you i waz out the door. You get it lady. I wish you all the luck in the world and only harbor enough resentment to write a long pointless message that you will have to clean and clean and clean and clean. But fo real tho you girlz are my heroes. XX BDLC."

I love that she misspelled Darienne’s name.

Heed my words, Ruple! This drag war isn't over. THE CREME SHALL RISE AGAIN. #teamdelacreme!