Notes from the El Comité May Day March 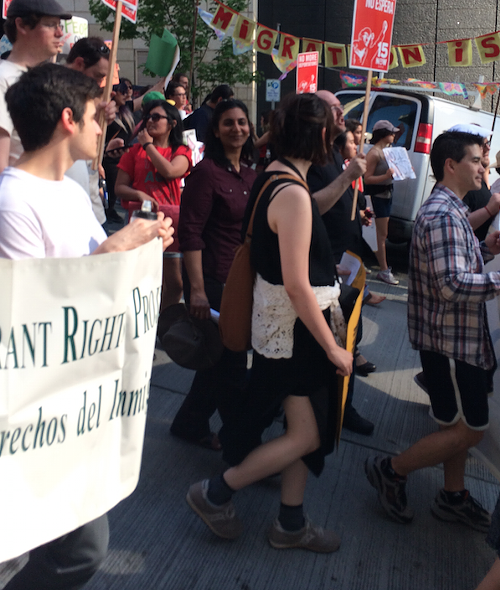 Still, it was a lively bunch and diverse in terms of ethnicity and age. Emilio Barags, who didn't want his photo taken, says he has a lot of family members who live in the city who he'd hoped would show up. Some had work or childcare issues and some were worried about getting in trouble over their immigration status. "I've lived here 35 years," he said. "But there are still problems. I'm out here to support the rest of these people."

The most voluble people I met were two white guys with tattoos, Doc Martens, and close-cropped hair. They surveyed the crowd, saying they were looking for "black bloc people who want to fuck up our town." They threatened to "apprehend them," vigilante-style, if they saw any shenanigans. "Breaking stuff—that's not how to hurt the one percent," one of them said. "You have to be smarter than the one percent." I asked if he'd been involved at all with Occupy. "Fuck no!" he said. "Those people didn't have any government. They were disorganized." 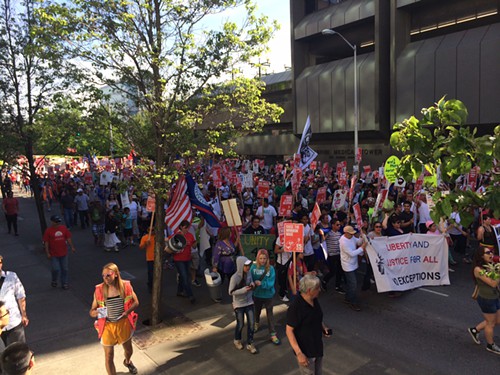 The march—men, women, children, plenty of police officers—wound up at Westlake, where Sawant is due to speak—Anna Minard will be taking over from there while some of us will be covering the "anti-capitalist" marches. Some say that the political vandalism of 2012 distracted from the immigrant march, though I have to admit I never heard many people rushing to defend the immigrant march—or even acknowledge its existence—until a few broken windows got their attention.

The more marches on May Day, the merrier, I say. It should be a leftist/radical Mardi Gras. 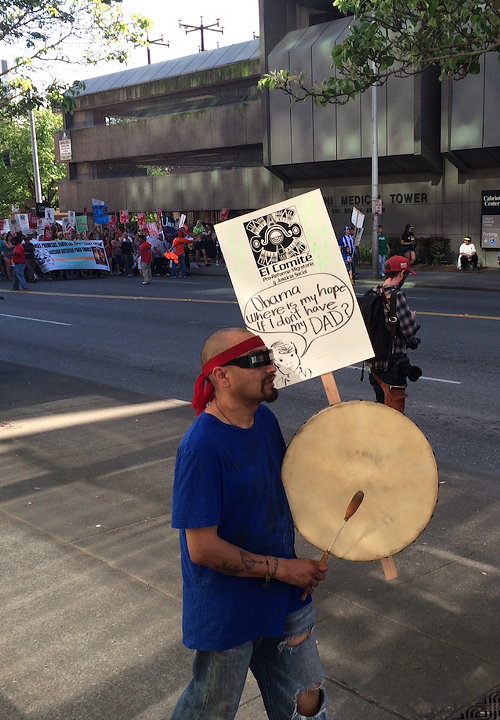 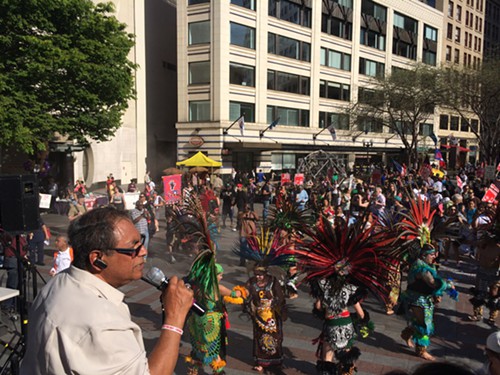