Documentary Stars at This Year's SIFF Include Susan Sontag, George Takei, and Bronies 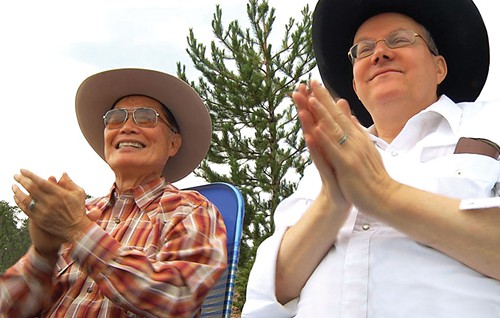 I always look forward to the documentaries at SIFF. Since they're designed to appeal to a broad range of viewers, there's something for most everybody.
Sponsored

On the downside, the quality can be variable, but breadth comes with a price. Smaller events like the New York Film Festival and the London Film Festival, both of which I've attended in the past, offer fewer non-fiction selections, but they tend to showcase the finest examples of the form. At 2004's London Film Festival, for instance, I caught a screening of Shirley Clarke's fine 1967 documentary, A Portrait of Jason, long before it was re-released in the US.

So far, I've seen five documentaries at SIFF '14 (I also previewed The Great Museum for the festival guide, but I haven't seen it yet). There are no more screenings of Desert Runners, The Case Against 8, and Regarding Susan Sontag, but HBO produced two of those titles, so broadcast dates are in the offing: The Case Against 8 airs on June 23, while Nancy Kates, the personable director of Regarding Susan Sontag, said at the Q&A after the May 19 screening that HBO gave her a tentative air date of December 10. Desert Runners is still making the festival rounds. I found all three films worthwhile, especially The Case Against 8, which seems likely to secure a spot on the Oscar documentary short list for 2014. It's an important story—about gay marriage in particular and civil rights in general—that Ben Cotner and Ryan White tell with skill and sensitivity.

I hesitated as to whether to catch Brent Hodge's A Brony Tale, which first screened on Thursday. The subject matter caught my interest, but I'm tired of documentary filmmakers who condescend to a colorful subculture in order to attract attention and score easy laughs.

Fortunately, Hodge handles the tone better than some since he lets the bronies, male fans of the animated series My Little Pony: Friendship Is Magic, speak for themselves (I haven't seen 2012's Bronies: The Extremely Unexpected Adult Fans of My Little Pony, though a coworker told me she liked it, especially the parts featuring John de Lancie, who voices Discord).

Hodge uses chapter headings to divide the narrative into portraits of individual fans and collectives, but the framing device proves more problematic since bubbly, Canadian-born Ashleigh Ball, who voices the characters Apple Jack and Rainbow Dash, serves as host and audience surrogate (in an aside, Hodge admits that she's a friend). Ball is a little skeptical of her brony fans until she attends BronyCon in New York where they win her over. It's all very sweet, but too often the film feels like a promotional reel for her side career as lead singer for the Vancouver trio Hey Ocean!, and they aren't bad, but I found their slickly-produced modern-rock sound very, very generic—so generic, in fact, that a brony tribute band in the documentary performs one of their songs and leaves more of an impression. 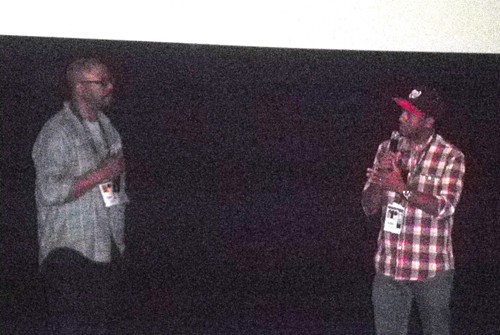 Although I like George Takei (who doesn't?), I ended up at a screening of To Be Takei completely by accident, since SIFF had to make a last-minute press screening substitution for Lilting when the print failed to arrive in time (that screening has been rescheduled for next week).

SIFF, for me, has always been about happy accidents, and that represented my second this week, since I went to the wrong theater for Regarding Susan Sontag and caught the Ethiopian drama Difret instead. Zeresenay Mehari's film is quite good, though there are no more screenings, and I was still able to catch the Sontag film the next day.

As for the Takei profile, it covers every aspect of the 77-year-old actor's life, from his tenure in a Japanese internment camp to his years on Star Trek to his efforts on behalf of equal rights. If SIFF documentaries offer something for most everybody, To Be Takei exemplifies that notion in one film since director Jennifer Kroot touches on movies, TV, theater, and politics. As a Trek fan, I loved the backstage tales, and Kroot solicits commentary from OG Enterprise players Walter Koenig, Nichelle Nichols, Leonard Nimoy, and William Shatner, but there are plenty of other familiar faces, too, like John Cho and even Dan Savage.

From that description, you might expect a puff piece, but in providing a glimpse into Takei's life with his husband, Brad, a little ambiguity comes into play, even if Kroot's portrait is more flattering than not—and Takei deserves it, so I'm not exactly complaining. Still, his relationship with Brad is more fractious than I would've expected. It's clear that they love each other, but this is one argumentative couple. Brad is constantly harping on George about something or other. Then again, Brad serves as his manager, and he appears to be very good at his job. George also comes across as a fatphobe when he teases both Brad and Wil Wheaton about their weight—Wheaton looks genuinely hurt—but those asides just prove he's as human as the rest of us, despite his many achievements in the worlds of entertainment and activism, so I'm willing to cut him some slack. Also, if you find the Shat to be a self-obsessed windbag, you'll want to hear what Takei and Nichols have to say about their days floating through space with the guy.

I hope to see more documentaries before SIFF comes to a close, and these are the ones I'm most curious about due to director and/or subject: Alex Gibney's Finding Fela, Oliver Hockenhull's From Neurons to Nirvana: The Great Medicines (on the benefits of psychedelics), Johannes Holzhausen's The Great Museum, Brian Knappenberger's The Internet's Own Boy (i.e. Aaron Swartz), Kay D. Ray's Lady Be Good; Instrumental Women in Jazz, Ryan Worsley's Razing the Bar, and Issac Olsen's Strictly Sacred: The Story of Girl Trouble.

What Would Mr. Rogers Do?