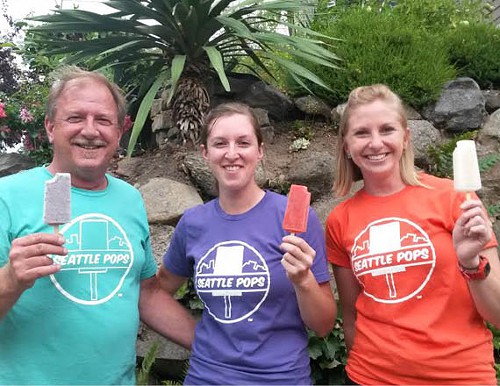 Megan Janes worked at a toy store called 99 Monkeys until a fateful trip to Birmingham, Alabama, where a shop selling exclusively popsicles inspired her to start Seattle Pops. Because the name "popsicle" is trademarked, she can't use it, though the Brazilian device she uses to make them is called a popsicle machine. Her "pops" are modeled after Mexican paletas, their shapes more boxy than suggestive. She's currently adapting a traditional Mexican recipe, arroz con leche, a frozen mixture of spiced cream and rice.