Ian McMahon Spent Hundreds of Hours Making a Sculpture, Then Destroyed It in Seconds 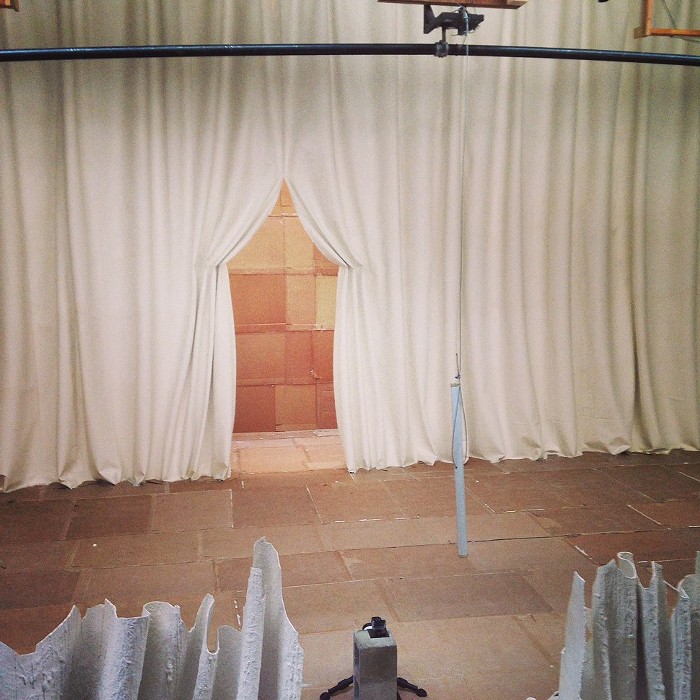 BEFORE That bar at the top is about to be released in order to smash the 20-foot-tall, 40-foot-long freestanding plaster curtain back there. What you see in the foreground are the shards of the other curtain that was here, which was demolished a few days ago. The art is by Ian McMahon. This was taken at 5 p.m. yesterday. JG

"I love signing paperwork for art," a woman in line says. Paperwork means potential danger. We are all signing legal releases saying we won't sue if we get hurt. We're given dust masks to watch the demolition of Ian McMahon's installation Cascade at the Suyama Space gallery.

Two thousand pounds of plaster are about to become dust. McMahon walks through the parting in his plaster curtain and announces, "Welcome to this momentary event with a sculpture." He's rubbing his hands together. "We're not entirely sure what's going to happen." I pull on my mask.

He walks to a closet, hauls out a ladder, climbs to a contraption, unscrews a lever. Now? Nobody moves. He climbs down, returns the ladder, turns back. He's striding, he stops, he reaches up and pauses—and then he tugs his whole body downward, unleashing a metal bar that goes flying at the curtain.

My heart is hammering. The dust is already clearing on the ruins.

Dazed, I hear cheering and follow the crowd toward the piles of jagged fragments; we're allowed to take pieces home. One woman looks the way I feel, with her hands to her face. "It was like an execution," she says. The artist spent hundreds of hours building this sculpture, but it just took a second to destroy. Some moments are like that, killers of what came before: the moment of impact in a car crash, the moment when a horrible secret is revealed. It's hard to believe afterward how fleeting they were. 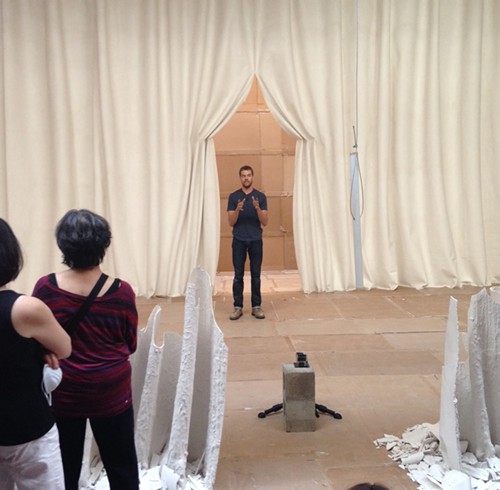 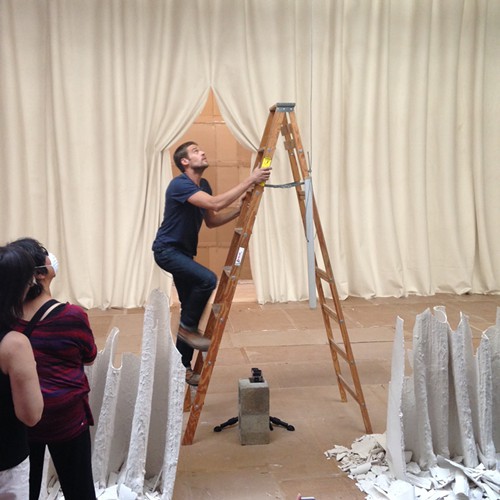 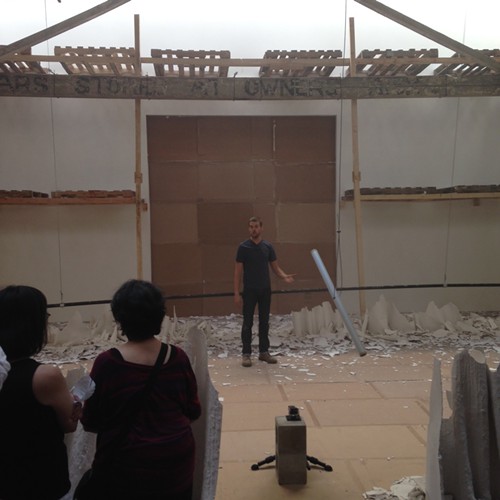 A moment like that, you want to capture. You want to have it over and over, maybe, to look at it from as many angles as possible, turn it into something much more like a sculpture that you can see from all sides, as often as you want to. This is why so many people love McMahon's videos of his past demolitions. And why so many people were recording the Suyama Space event on video. McMahon stages spectacles that become social media bait. I posted my photographs of the event to Instagram, Facebook, and Twitter, and was immediately inundated with likes.

But I left a blank at the center of my documentation: During the big moment, I put the phone down. The reason I did it is that I couldn't imagine how I was going to hold up the camera and be the documentarian while also being fully present to absorb whatever shock happened in my body.

Another member of the audience, Wyn Bielaska, an architect who had a major hand in designing Tacoma's Museum of Glass, was standing behind me. He told me afterward that he tried to take video, but he was struck so viscerally at the moment when the bar hit the plaster that he twitched, and his finger pressed the stop button accidentally. The result is poignant: His video ends abruptly, with part of the curtain in a million little pieces that will never fall but never be repaired, either, stuck wounded forever. Watching it triggers the familiar recognition that nothing can be restaged, not really. The big moment is always gone.

McMahon's father stood in the corner afterward, and I got to talk to him a little. His son never sells any art, because the art is like this, he said, smiling. McMahon's next project, Momentary Repetitions, happening next month, will take place inside a derelict post office in upstate Hornell, New York, the dad told me.

There will be three smaller curtains, 15 by 20 feet each, one in front of the other. The demolitions will happen one at a time, with a short pause in between, so that you will be able to experience that "same" moment three times over, and you will also have time to consider how it changes, how your perception changes. Does the first seem faster than the second? How does the last one feel compared to the first?

Trained in the fragile art of ceramics, McMahon's experiments push the ways sculpture can exist in time. It's a problem sculptors have been coping with for centuries. Some have solved it by forcing your feet to move in order to circumnavigate their work. "All things move," Boccioni said. Nothing is frozen, unless it's at absolute zero.

You probably want to see the video people took yesterday. Below is one by David Quigg (my husband). In this Rashomonic morning-after exercise, here's yet another completely different version, a version that also feels very unlike the actual experience. For starters, it's in slow motion. It contains all sorts of data the human eye will never be able to catch. Even in a single instant, there is so much to catch. 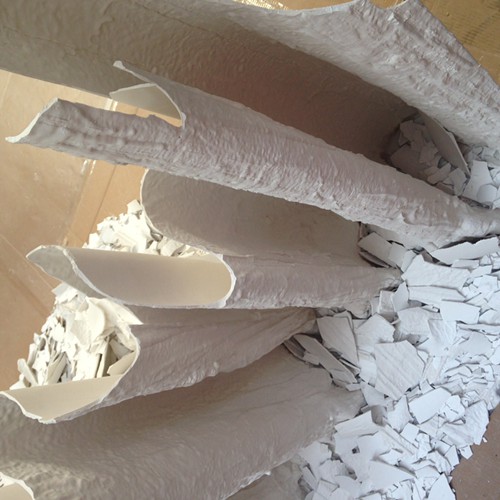