If You Weren't at the 2014 Film Genius Showcase at the Frye, Here's What You Missed 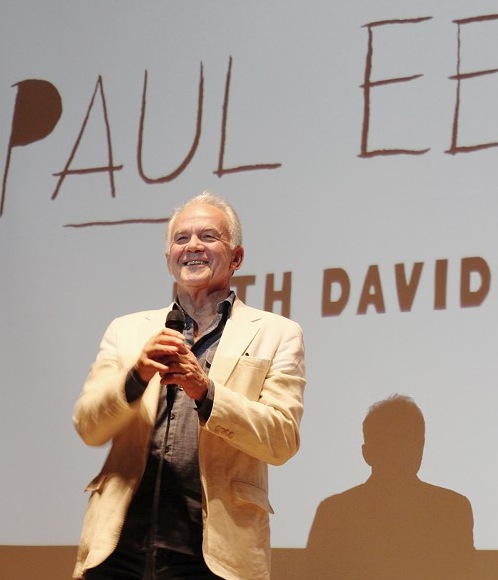 "I've had a few of these," said actor Paul Eenhoorn, shaking his wine glass and grinning as he joined David Schmader on the stage at the Frye for last night's Genius Awards film showcase. "So..."

But Eenhoorn was merry—his Australian accent only made him sound merrier—and remarkably candid with only the occasional ramble. He answered a question about what kind of roles he's performed in the past with a story about how he once started smoking again while on an acting job in Perth. He and Schmader discussed his recent work, including This Is Martin Bonner and Land Ho!, and his mastery of minimalism.

"It's all internal," Eenhoorn said. He favors screen acting to stage acting because the camera can get close to your face and show an actor's internal work in a way that a theater audience never can. As for his technique for internal work? "I try to get into the worst possible things I can get into," he said, "just to keep my center alive."

Among those things: gambling. Eenhoorn had been struggling with gambling when he was cast as the sad-sack, no-luck guy working with soon-to-be-released prisoners in Martin Bonner. "So I had this gambling addiction and they flew me to Reno," he said. "It made the film better because I was depressed I'd never come back from Reno—that I was done."

But he did make it back, alive and (at least last night) with an impish gleam in his eye.

The second Genius nominee, screenwriter Bob Nelson, used to be best known for his work on Almost Live! but jumped to national attention when his screenplay for the film Nebraska—a stark, sad comedy about an old man who insists on traveling across the country to collect a supposed $1 million he won in a mass-mailing "sweepstakes."

One of the film's most memorable scenes is of old brothers who haven't seen each other in years, sitting in front of the TV and barely speaking. Schmader pointed out that some people thought Nelson was making fun of Midwesterners, but that he'd seen it more like a homage with a sense of humor.

"Those uncles are based on my own uncles," Nelson said. "They'd sit without speaking for long periods of time. Then one would say, 'You still got that Chevy?' That could last them a half-hour!" He said that scene has been like a Rorschach test for people—some audience see the characters as mute morons, others as nearly telepathic.

Before Nebraska, Nelson said, he'd never written anything longer than three-minute sketches: "And even some of those sagged in the middle!" On the vagaries of fame, he said he'd has embarrassing moments with Meryl Streep (he was forced to keep her waiting for an introduction when some old acquaintance popped up and wouldn't stop talking) and Cate Blanchett (he was standing behind her, clapping, when she threw her head back and he clapped it), and that reporters weren't always reliable narrators.

Once, he was asked about his success. He answered that any success is due to talent, hard work, and luck and that people only have control over one of those factors—hard work. The sentence that came out in the newspaper, Nelson said, was: "Bob Nelson credits his success to his talent." 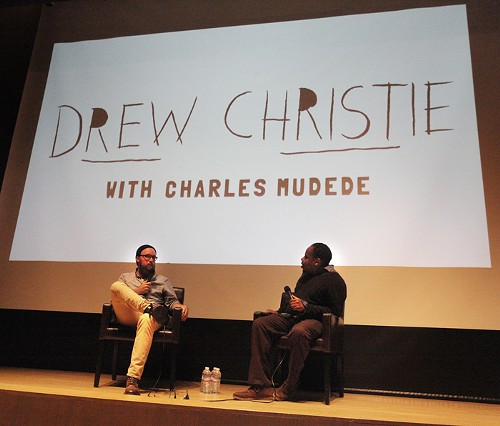 Third up was animator Drew Christie, who told his interlocutor Charles Mudede that he'd always loved films but gave up on making live-action movies in high school because "it was a really annoying thing to wait for people to show up."

He's been making shorts for the New York Times and Vanity Fair, but said "I'd do this whether I got paid or not—it's what my brain is compelled to do." He's made shorts on all kinds of subjects from the man who shot John Wilkes Booth (a madman who'd cut off his own penis in a fit of Christian guilt), the eels served at the first Thanksgiving, and a homeless Seattle teenager who aspires to be a rapper. He said he didn't do very well in school but is now a voracious reader and his research-driven shorts are "like I'm now making up for all the reports I didn't do."

Christie claimed he never gets bored, which prompted a question from the audience—to non-animators, animating seems profoundly tedious and boring. How does he keep that interesting? The answer, he said, is sonic overstimulation. He turns on NPR, some music, sometimes a documentary in the background, and sometimes even a second music station. "It's like a war zone in my head," he said, "a story war zone." Of all the Genius nominees last night, Christie's brain seemed the busiest.

Afterwards, the crowd headed down to Vito's and several said the event made them even less certain who they wanted to win—and that, someone observed, is the sign of a good showcase.

Join us at the Frye next Wednesday for the literary Genius showcase where Paul Constant will interview Shin Yu Pai, Gary Groth, and G. Willow Wilson. 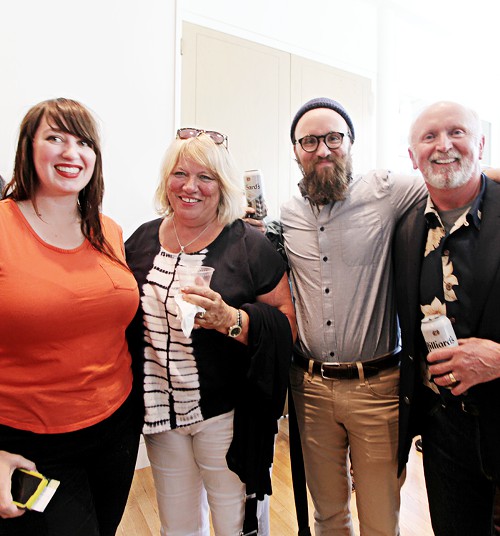 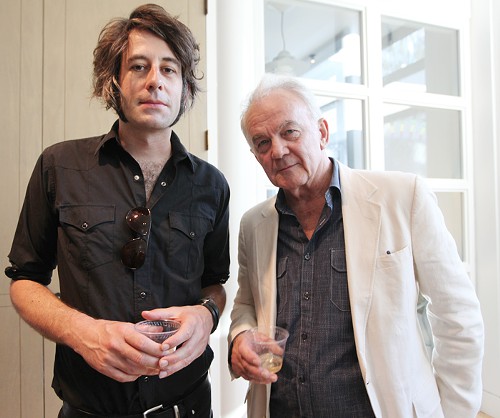