We’ve Got to “Police the Police”: Photos from the Local NAACP's Rally for Ferguson 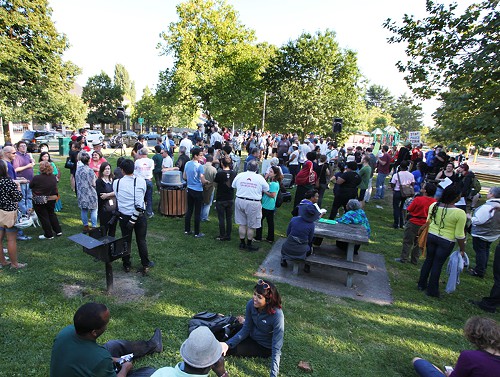 Blues music played from loud speakers strung across the rolling green lawn, friends caught up in small groups, and children ran through water sprayed from beautiful, cartoonish park fountains. If it wasn't for the signs reading "Who's Next?" and "Stop Police Terror" and the 150-strong crowd chanting, "Hands up! Don't shoot!", the scene last night in the Central District's Pratt Park could have been mistaken for a neighborhood picnic.

But it wasn't. The people amassed last night by the Seattle King County chapter of the NAACP were angry. The National Guard may have withdrawn from the streets of Ferguson, Missouri, but the fatal shooting of an unarmed black teenager at the hands of a white police officer on August 9, the tear gas and arrests deployed against protestors and journalists that ensued, and the war-like military presence that has since pervaded that town has left its mark on black communities across the country.

"[Ferguson] wasn't an anomaly, that was a microcosm of towns across the nation," said Sheley Secrest, former NAACP chapter president (and former candidate to represent Washington's 37th legislative district). "We've got to make certain that we've got people to police the police."

Speakers, most of whom were faith leaders, highlighted instances of historic and recent police brutality across the nation before bringing the conversation home and speaking about the mistrust and aggression propagated by Seattle police in communitites of color. Sixty-nine-year-old William Wingate spoke to his recent experience of being confronted by an SPD officer who accused him of swinging at her with a golf club that he used as his walking stick. "I'd never seen her before in my life," he said. 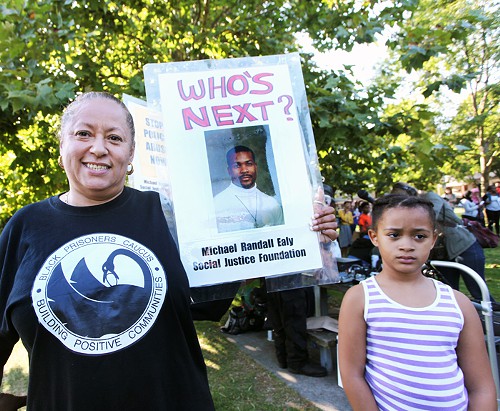 Others spoke about how police seem to "circle our community like sharks" looking to arrest people, instead of working in partnership with the community to prevent crime. They talked about arresting officers who falsified police reports. They talked about police being absent in the midst of true crisis, when keepers of the peace were desperately needed. Pastor Lawrence Willis with the Truevine Missionary Baptist Church spoke of the heartbreak he felt earlier this year, when in Seattle, "We had so many shootings we couldn't even gather quick enough to hold a prayer vigil... I'm tired, as a pastor, of doing these funerals."

"Black life means nothing," said Pastor Kenneth Ransfer of the Greater Mount Baker Baptist Church. "Our lives are devalued. Justice would've at least covered his body. When you leave something on the road, it's roadkill. That's what they did to Brown. That's what they think of us."

A cloud of black balloons was released in memory of all the people of color who've been killed at the hands of police officers. Behind me, two older women quietly discussed how Seattle could begin to "police the police" and get to the business of healing. Would body cameras help? Firing racist cops? Putting cops in jail for killing unarmed suspects instead of putting them on paid leave? Whatever the solution, many people at the rally recognized that the solution needed to go deeper than the police department—it needed to extend to voter rights and economic equality.

"I want to see racial equity. True equity," echoed Mary Flowers, one rally attendee. "It's time for change. The issue is economic justice. Police forces run on money, city and county governments run on money, businesses run on money—money drives it all." 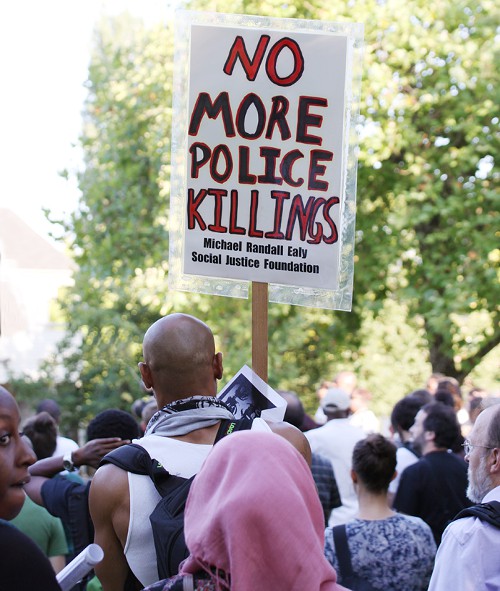 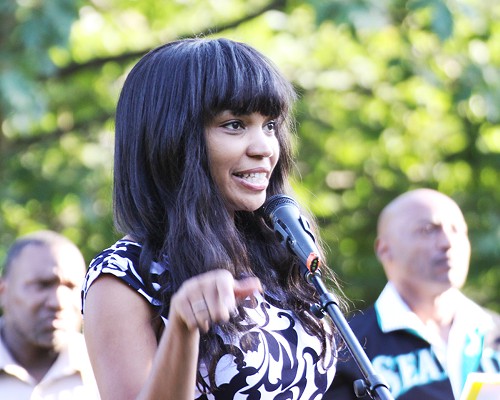 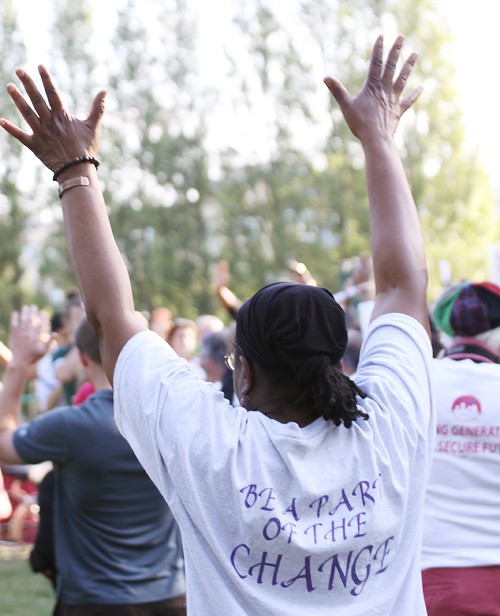 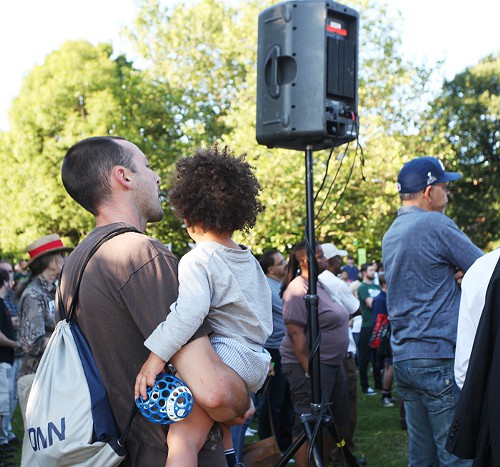 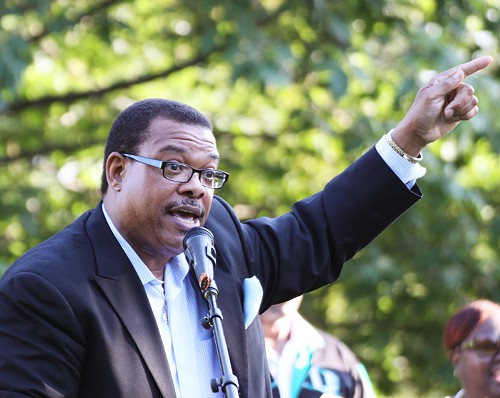 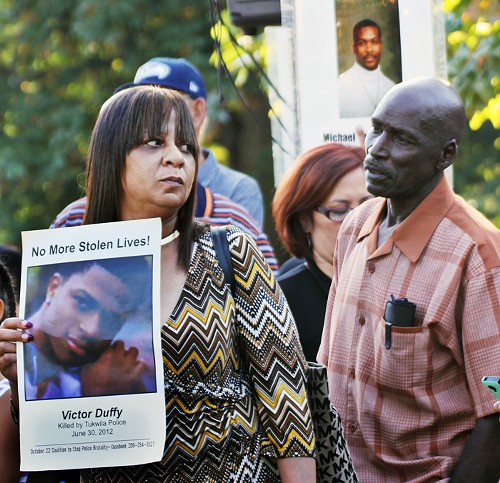 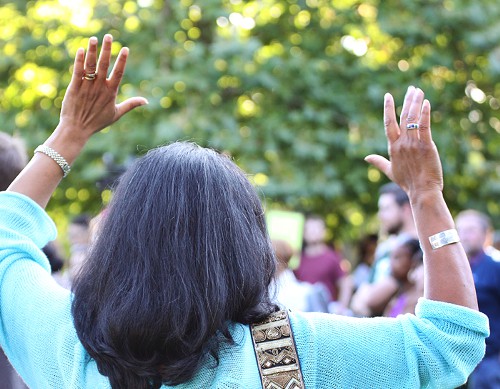 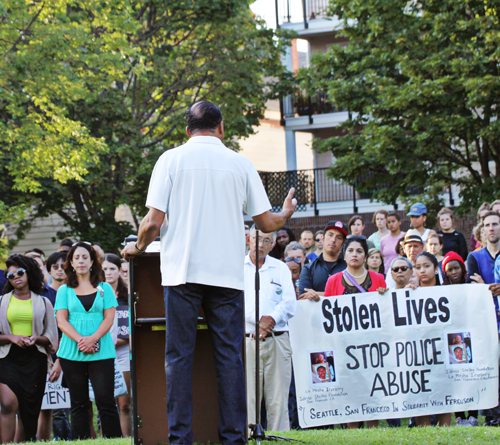 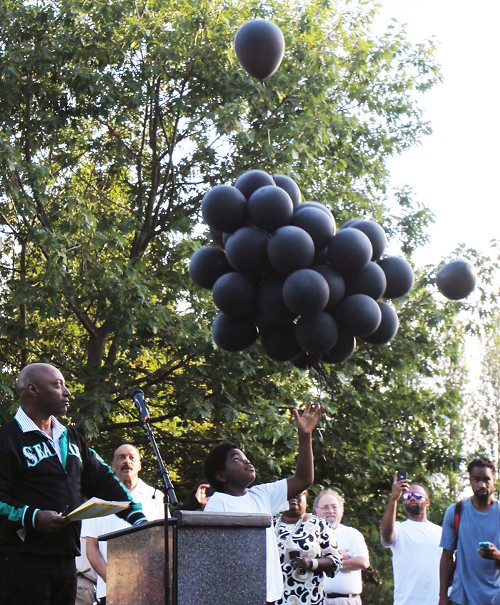 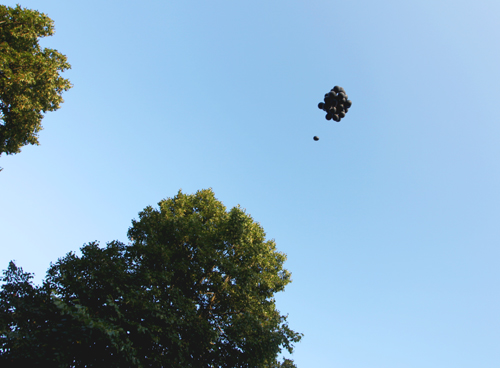 The Salmon “Sando” at Local Tide might be my favorite salmon sandwich in Seattle.