It is always nice to drink at a museum—or an aquarium, or a house of religion, or really any large space intended for a specific purpose and where you are usually instructed not to carry a beer around willy nilly. Wandering a nice museum carrying a beer and some cookies feels like a minor subversive act, and since the Frye has shown a particular fondness for subversive acts (both major and minor), it makes a fitting spot for these slightly tipsy parties thrown to celebrate artists across genres.

Last night was the literature showcase, and if you have not yet familiarized yourself with the literature genius nominees, I will say: I know of at least two people who left the party to go directly to Elliott Bay Book Company and purchase the work of these shortlisters. To catch up, you can also read short profiles of poet Shin Yu Pai, comics critic and publisher Gary Groth, and author G. Willow Wilson in the summer issue of A&P.

In the Frye's cool gray auditorium, the three sat down to chat with the audience, each other, and books editor Paul Constant, who called books "the greatest engines of empathy humanity has ever devised" and said Seattle is "in the process of becoming the literary capital of the United States," because he is basically a 'roided-out WWE announcer for literature. 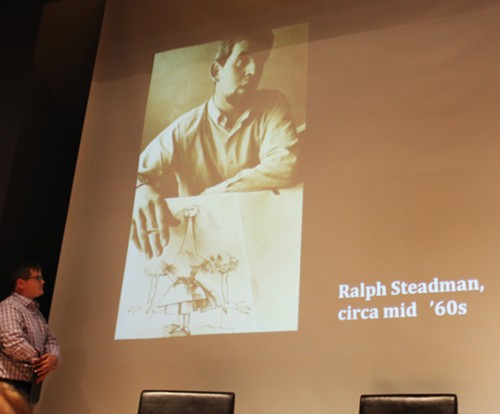 Gary Groth, who founded and still runs venerable local comics publisher Fantagraphics, read a piece of criticism on Ralph Steadman, the longtime visual collaborator of Hunter S. Thompson. His piece was so dense with history and analysis that if you were in that room and didn't learn something new about Steadman, Thompson, or comics and illustration, it could only be because your name is Gary Groth. Next, Shin Yu Pai read poems from vastly different series; her work shifts in tone and shape and style from one project to the next. Topics that were covered in her poems: Sheep. Art. Kielbasa. Farting. Prisoners. Walmart. Then G. Willow Wilson told us that the novel she read an excerpt from, Alif the Unseen, was her most autobiographical work—even though she's actually written a memoir—because she finally stopped "worrying about my target audience" and just "wrote what I wanted to write," hoping that an audience might be out there.

There was a great gauntlet throwdown from Wilson, who told the room that "writers of comic books have to work harder than writers of novels do."

Hey, Wilson should know; she's written books of prose and is now writing monthly Marvel comic title Ms. Marvel. Because readers can see other panels in their peripheral vision, she said, if you want a cliffhanger in a comic book, you have to position it precisely at a page turn, and you also have to deal with little room for dialogue, incredibly precise layouts and page counts, etc. Writing Alif after working on comics for a long time, she said, "was like running naked in the street. I could do whatever I wanted." 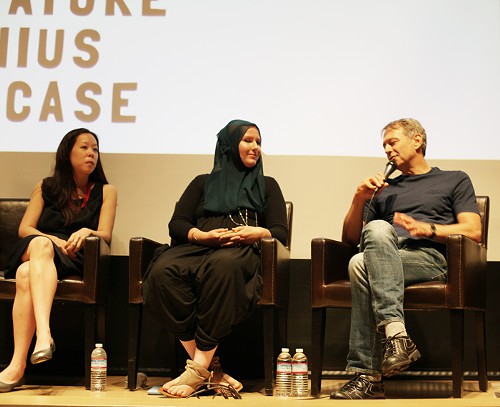 More of the best moments:

• Groth confessed that he knew from a very young age that he "drew terribly" and would never make his own comics, but he was publishing his own fanzine by the time he was 13 years old.

• Wilson asked Pai about becoming a new mom and how it's shaped her work; Pai said she's "in the process of figuring it out," a process she estimates will take "another 18 years." But having a child has caused her to reexamine her relationship with her immigrant parents and to explore gender roles a lot more, she said, given how much elevated status women are given for becoming moms—especially the mother of a son, as she is.

• Groth talked about his expectation that digital comics will be part of the future of publishing but will exist alongside with books on paper, while noting that the promise of how digital platforms would change comics—click on this image to go over here, etc.—hasn't really happened yet. He also mentioned that the Fantagraphics bookstore just breaks even; profit is "basically nonexistent."

• Wilson recalled advice from an editor on her comics characters facing concrete bad guys: "You need to give them something to punch."

• And Pai reminded everyone of the totally different publishing world inhabited by poets: In poetry, she said, "If you print a thousand copies and sell a couple of hundred, you're doing good." 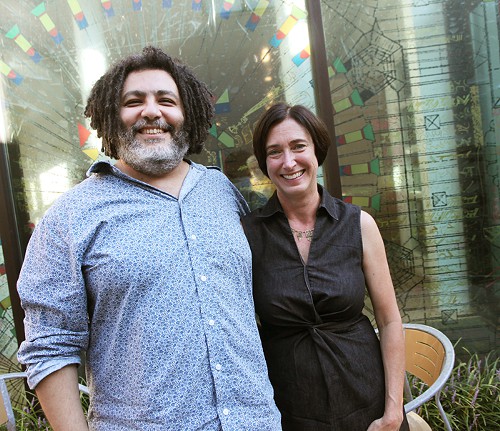 Next week comes the visual art showcase, and having previewed some of the contents of that discussion, I urge you to go. (Tickets here!) And, if you missed last week's showcase for film, you can catch up right here. And hey: Don't forget to come to the Genius Awards on October 18!
The Stranger depends on your continuing support to provide articles like this one. In return, we pledge our ongoing commitment to truthful, progressive journalism and serving our community. So if you’re able, please consider a small recurring contribution. Thank you—you are appreciated!
CONTRIBUTE NOW