An Illustrated Review of the Highs, Lows, and Very Contagious Eye Diseases of Penny Arcade Expo

Kind of says it all, doesn't it? I'm glad they made any effort at all but having it in what sounds like Siberia isn't promising.
Chris B on September 2, 2014 at 12:00 PM · Report this
3
There were a startling number of young ladies with bodacious cleavage exposed in a variety of ruffled pink and powder blue microdresses or bustiers or whatever downtown yesterday, but I didn't sexually harass any of them because one was carrying a baseball bat (and because I am not an asshole, or at least not that kind of asshole). Plus some dudes in some kind of blue cloaks, but I wasn't ogling them.
Fnarf on September 2, 2014 at 12:12 PM · Report this
4
Pink eye? Yeah, no thanks.
UNPAID COMMENTER on September 2, 2014 at 12:25 PM · Report this
5
I appreciate the sentiment to say, 'Hey gamers, there's more than one floor!' but there is SO MUCH at PAX not even in the Convention Center now. I feel PAX did a pretty good job advertising this, so if you felt PAX was just one floor of AAA titles, that's kind of a bummer.

PAX just keeps getting bigger and bigger so it can be a real challenge to be seen. Do you remember when it was in the Bellevue Convention Center? And now it seems like the WSCC is too small for all the awesomeness! I'm excited there's so much content. It's overwhelming, but exciting. ^_^
on September 2, 2014 at 12:37 PM · Report this
6
"Tucked away on the sixth floor" is a touch confusing if you're not familiar with the show.

4th floor is the mainstay of Expo and where the big bucks are spent to make flashy booths.

6th floor features another expo area mostly focused on indie games and sales vendors, one of the panel theaters, Console Free Play, Classic Console Freeplay, and Console Tournament. The Diversity Lounge was on the landing at the top of the main escalator used to visit the floor.

The main theater, in Benaroya, was further away from the action than the Diversity Lounge. Anecdotally, it was a challenge for me to chat with my friends at the GeekGirlCon booth thanks to the near constant line.
on September 2, 2014 at 12:39 PM · Report this 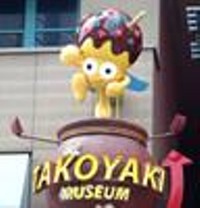 7
Tucked away is a bit of a misnomer. Everyone is vying for space at Prime because of how the WSCC is laid out and the spot it was in was very high traffic and it was always busy. (full disclosure, I'm the person who organizes and runs the lounge)
zephsright on September 2, 2014 at 1:03 PM · Report this

8
First, this perfectly mirrors my own feelings on PAX. It is really sort of terrible, except for the Indie Megabooth and Tabletop areas. Even when you are into the AAA developer titles, the presentation leaves so much to be desired that one wonders what the point is.

Going to the indie areas though, talking with developers or associates of theirs who are legitimately excited about the things they are creating is great! Plus, the games themselves are really fun and lend themselves better to the short play times and quick learning curve of playing demos anyway. They are, in almost every way, a better fit for the convention experience.

Second, will second zephsright in saying that "And tucked away on the sixth floor..." is a bit of a misnomer. Being on the 6th floor *is* a little tucked away, but the area was by far the most prominent area on that floor. It wasn't in the back or anything, you couldn't avoid passing it when getting off the 6th floor escalator. If you were going up to that floor, which despite not being the main floor still had a lot of great stuff for people of all different interests, then the diversity lounge was unavoidable. Plus, had it been on the main floor it would have been very difficult to carry on a conversation there which was sort of the point right?

9
I demoed the Rift-enabled Enemy Starfighter indie game last year (re: pinkeye), and I'll buy a Rift just to get that (and flight sims). IIRC, they do sanitize the demo unit between players.

As an aside: Generally, I avoid PAX in favor of less fantasy-oriented and more outward-facing pursuits (Burning Man, motorcycle trips, Bumbershoot). 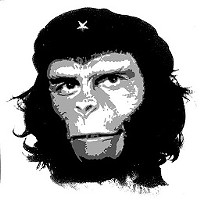 10
PAX is what you make of it. I didn't spend a single minute waiting in line and I got to see some amazing new games, talk to some great folks, hear neat panels, and hang out with a bunch of friends who have drifted apart due to the vagaries of adult life. In my personal opinion it's a waste of time to wait in line for a AAA title you're going to be seeing commercials for in a month anyhow, but I know there are people who eat that up.
sleet01 on September 2, 2014 at 5:26 PM · Report this
11
He's absolutely right about League of Legends. I can't believe how many people spend money supporting a business model that is so destructive to its own game and the industry as a whole.
Knat on September 2, 2014 at 8:59 PM · Report this
12
Explain to me how the LoL model is both destructive to its own game and the industry as a whole.
Hacksaw on September 2, 2014 at 9:22 PM · Report this
13
"tucked away" aka - literally 1 escalator ride up and RIGHT in front of the escalator so you can't miss it. Also a hojillion panels about bullying, non cis, trans, feminist, etc. I attended quite a few. I end up going to pax mainly for the panels - spend an hour or two wandering the floor - enjoy the indie and table to top areas and talk to some of my fellow lady gamers.
tigntink on September 3, 2014 at 6:58 AM · Report this
14
I got pinkeye from PAX too. I'm pretty sure it was from an Oculus game, though it was a different indie game (Xing - sort of a Myst atmospheric exploration game, but not in space). Oh well.
wreckratz on September 3, 2014 at 6:09 PM · Report this
15
@12: Many heroes are only available for play if you buy them separately. (That alone rankles me.) These characters are without exception overpowered when they are introduced, and typically wallop the standard-issue ones, until they are later rebalanced by the designers - assuming they ever are. This incentivizes players to buy the character themselves (or a similarly purchase-only counter) so they'll be on a level playing field. It's a pay-to-win cycle of the most shameless sort, and every person that buys into it is encouraging Riot and other game developers to further this same behavior, and not necessarily just in the MOBA genre. (see also: The Sims)
Knat on September 3, 2014 at 10:51 PM · Report this
16
Nobody cares about your internal sexual dialogue Fnarf.
No Excuses on September 6, 2014 at 11:12 AM · Report this