We Asked 12 People at Fremont Oktoberfest: Who's Your Favorite German?

[Left] "What's ironic is the MOST famous one shouldn't ever be our favorite. I love female scientists, Marie Curie... but she was French. I can't say the one that's most famous! Wait, scratch that. Wernher von Braun. He is like GOD. I'm a contractor for NASA. I went to college for aerospace engineering."
Sponsored 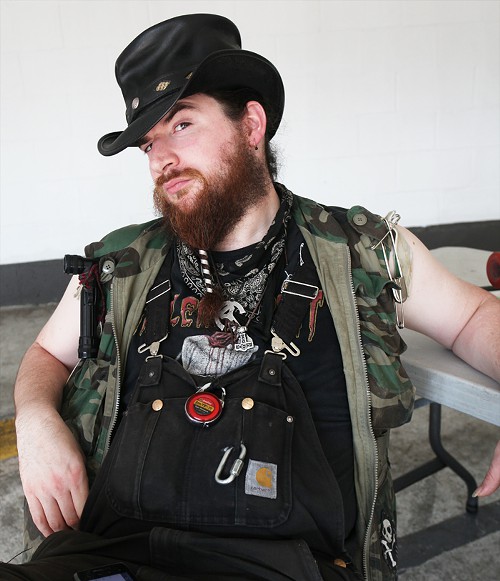 "Favorite GERMAN? Oh my... Um, Einstein was Austrian. Favorite German... Whichever one came up with their beer, 'cause that shit is DELICIOUS." 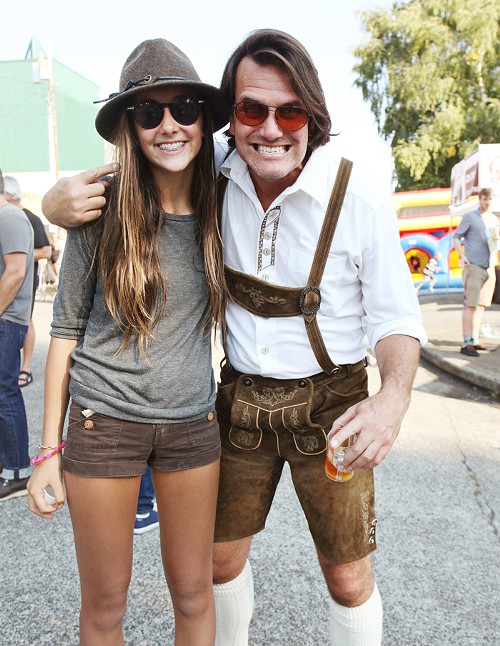 [Right] "Does it have to be someone you know? My favorite German is a friend of mine who lives in Germany whose real name is Rokus Harder... Like, "ROCK-US HARDER!"

[Right] "Jürgen Klinsmann, the US Soccer coach!" [Center] "Who's the female president… Angela Merkel? Freud, was he German? Depends on the empire... Martin Luther. He challenged the Catholic Church. Oh, and every dachshund!" 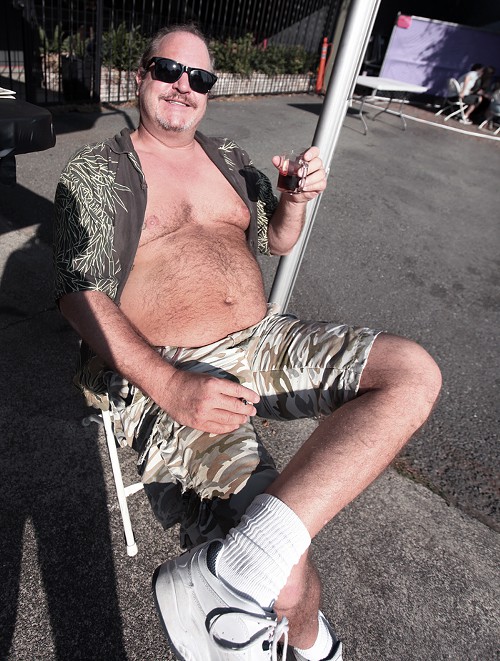 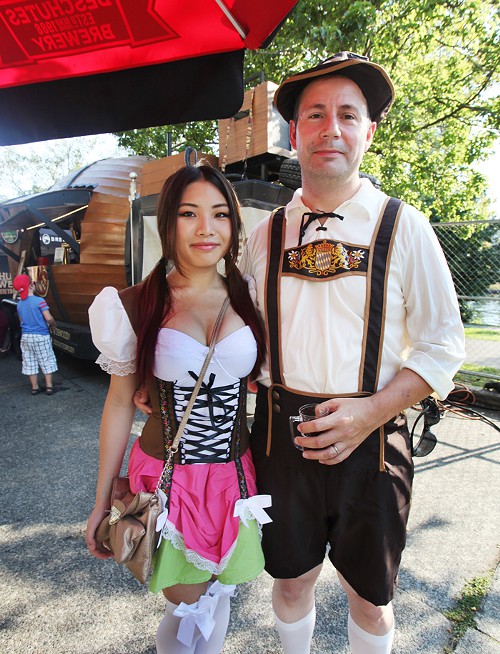 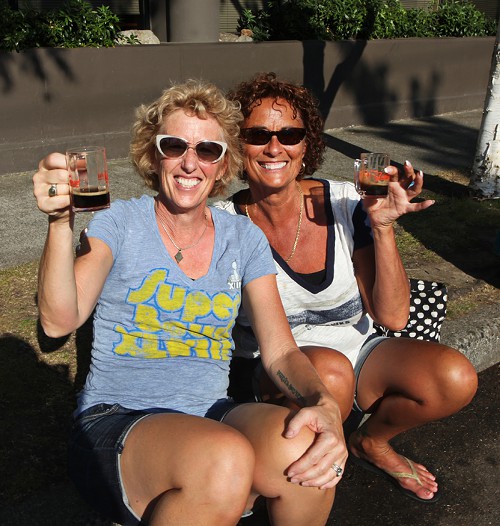 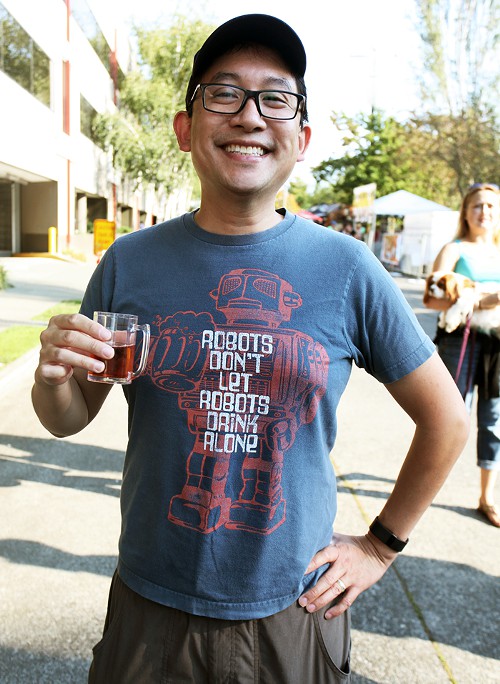 "Anne Frank. Inspirational. Was going for humorous but decided to stick with inspirational." 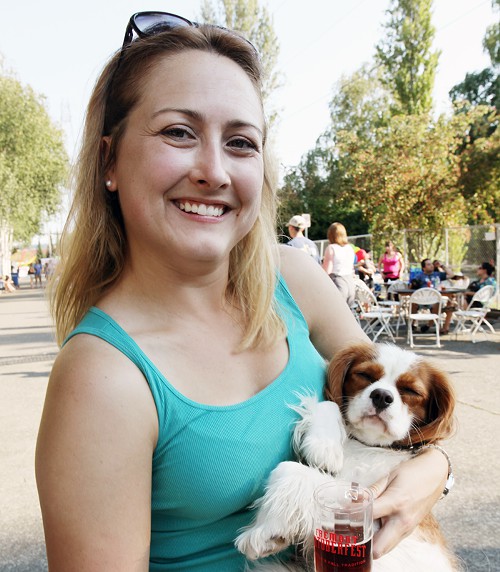 "Can I say my great-grandfather Edward Meyer? He emigrated. And he played the accordion for us." 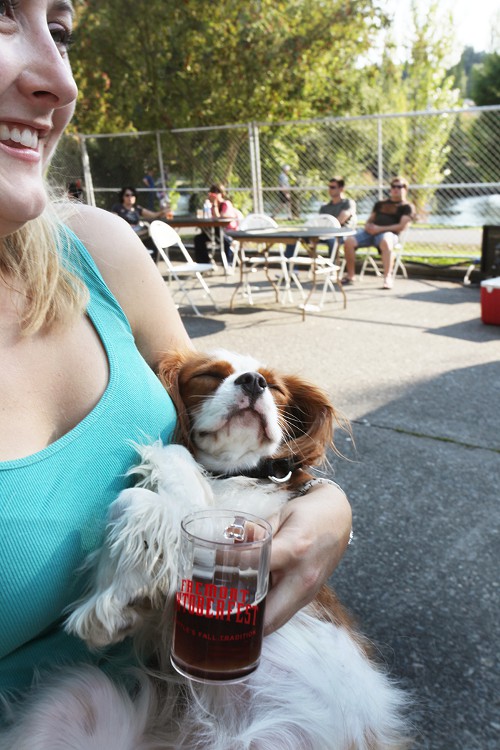 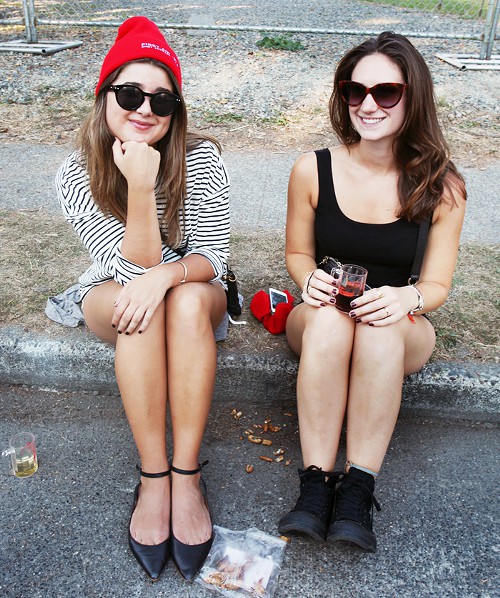 [Left] "One in particular comes to mind, but he is NOT my favorite! Nora Keiser? Is Anne Frank German? I went to her house in Amsterdam." [Right] "Oh, fucking what's-her-name, Heidi Klum! She's a hot German. She's the hottest." 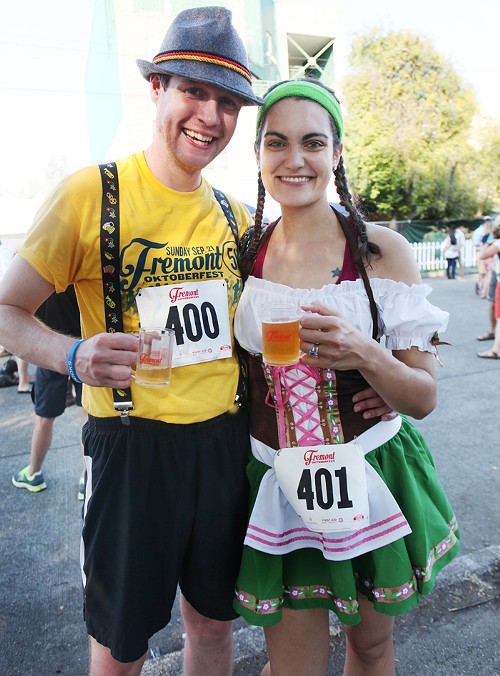 [Him] "Wernher von Braun" [Her] "If he was German, then Einstein."
The Stranger depends on your continuing support to provide articles like this one. In return, we pledge our ongoing commitment to truthful, progressive journalism and serving our community. So if you’re able, please consider a small recurring contribution. Thank you—you are appreciated!
CONTRIBUTE NOW