We Live in the Future, Where Technology Is About Everything but What the Customer Wants

1
Mark Z don't give a shit cuz YOU aren't the customer. It's all about dem adddz.

And you can blame the 'thin phone problem' on min-maxing fanboys writing reviews and who are the early adopters/developers who make things.
bobjoebob on September 25, 2014 at 2:46 PM · Report this
2
I sometimes wonder if we all hadn't collectively fallen for the promise of super awesome shit that is always FREE all this technology stuff wouldn't have turned out a lot sweeter.

They gotta make money somehow, and we all decided as users that we weren't going to pay for shit. Too bad for us the technology they built was an absolute wet dream for advertisers. I hope you enjoyed all that music and video you didn't have to pay for, cause now all those users are Zuks bottom bitches and you're all on the stroll 24/7 now.
Westside forever on September 25, 2014 at 2:53 PM · Report this
3
@1 -- Mark Zuckerberg doesn't give a shit because Mark Zuckerberg IS a shit. He's a lying self-centered asshole whose only concern is his own enrichment at the cost of anybody else's comfort, privacy, or (in the case of what's going on with his San Francisco house) legal rights. The only reason he hasn't bought his own newspaper yet is because the New York Times isn't for sale and the Washington Post is already in the possession of Jeff Bezos.
Calpete on September 25, 2014 at 2:56 PM · Report this

4
Its so weird that a lot of people keep saying "no one is on G+" when its one of the most active communities I've ever used. At first I thought you guys where drunk or something and then I realized it must feel about the same as it did when I tried Twitter once. No one to talk to, a desolate wasteland because I started following one or two friends...

Anyway, shame about some people not using g+.
(oh oh add my ass on G+ if you need someone to talk to btw "Jens Reuterberg" (consider this some kind of social service thing :) ))
JensR on September 25, 2014 at 2:56 PM · Report this

5
Wonder if dbFest will be handing out Ello invites ...

7
I don't want biased recommendations based on free drinks and food, but I seem to be getting those.
biffp on September 25, 2014 at 3:21 PM · Report this
8
I actually don't have a problem with Mark Z, since I've never looked at Facebook (or any other 'Social Media') ever in my life. 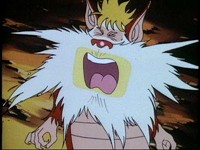 9
Ello is burning a bit too brightly too soon. It's so beta-y right now that people will inevitably get frustrated ("SEARCH doesn't work? Argh!"). And back to FB they will crawl.
r.chops on September 25, 2014 at 3:47 PM · Report this

10
It isn't that nobody is on G+, all my friends who work at Google are on it.

The battle right now between FB and G+ is for ownership of the definitive "you" on the Internet. They each want to be the official arbiter of who is, say, "Paul Constant". Is this article at SearchWithin.org written by the same author? Is this LinkedIn profile the same person? Is this Kansas City real estate agent the same person?

Google defines authorship by, surprise, links to and from your G+ account. We can each claim "ownership" of each of our identities by linking our profiles at different sites to our G+ account and back again.

For all the drag queen complaints on FB, G+ won't even give me an alias of "fletc3her" though I've been using that name for going on decades and Facebook seems cool with it.

12
I don't want to be on G+ because I don't want all my eggs in one basket. FB is sucky (bizarre how they don't allow, you know, the users some timeline controls... seems like you could use that info to tailor ads to them, instead of bad-mind-reading algorithms), and I haven't used it in over a year. Maybe two, I can't remember. Twitter is ok, but less interactively social, imho. 'Ello? we'll see.

And then credit cards.

If you understand that, you'll know FB will soon be $1000

Supreme Ruler Of The Universe on September 25, 2014 at 4:06 PM · Report this
16
Oh come on, the technique FB uses isn't exactly new - it's just a more modern (and therefore more intrusive) variant on traditional media advertising that started in the 1920's with the advent of radio, when the concept of utilizing "free programming" driven to the end-user as the delivery system for a sponsor's (the one paying) message first came to fruition. That the system itself has become more sophisticated, and thus the metrics delivered to the advertiser more specific, is simply the logical result of the increased capabilities of the technology, which itself has grown increasingly more sophisticated. Anyone out there ever have a Nielsen Log in their household? That was pretty old-school by today's standards, but served essentially the same purpose as FB's data-mining algorithms do today.

Sure, it's annoying, but ALL forms of advertising utilizing this system of conveyance: junk mail, radio & television ads, junk faxes, spam, pop-ups, and now FB adbots, it's all the same in the end; a way of turning something "free" to the consumer into a revenue stream for the provider. We've been living with this in some form or other for nearly a century now to the point where it's considered so commonplace, so ubiquitous in our daily lives that we either tune it out, or at most complain about it without really doing much to try to change the paradigm.
COMTE on September 25, 2014 at 4:10 PM · Report this

18
The "share on Facebook/share on Twitter" buttons at the end land this piece a touch of grandeur.
Peteykins on September 25, 2014 at 4:15 PM · Report this 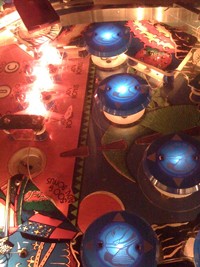 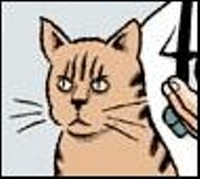 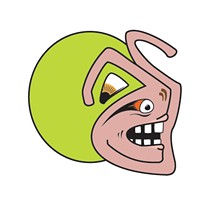 25
Targeted marketing is brilliant for small businesses. Say you're a neighborhood boutique shop that sells ladies shoes. Used to be you had to spend thousands on a print ad in the Times to get your name out there to EVERYONE, including dudes in Snohomish who don't give a fuck about a Seattle shoe shop. Now, you can spend much less and only advertise to 20-30-year-old women in Seattle.
McBomber on September 25, 2014 at 11:14 PM · Report this

If you want to talk about it without seeing any "I don't use FB" comments, there's an easy fix... go talk about it on Facebook.
Ernie1 on September 25, 2014 at 11:48 PM · Report this
27
Everyone assumes Facebook and twitter are just antagonizing users because they are nebulously evil or something. There are reasons these things happen.

Facebook isn't picking a fight with drag queens, facebook has a policy that says you should you should your real name, some drag queens had their accounts reported by other facebook users for not following this rule and got upset. And suddenly its persecution. There is even an alternative of having their drag queen name (is that the term?) displayed alongside, like a maiden name.

Twitter is very likely trying out the curated feed instead of just pure firehose of chronological tweets because they looked at their engagement numbers and get a significant increase. Engagement = time on twitter = more time to look at ads. For big design decisions like this everyone at twitter surely knows everyone on the internet will get their panties in a bunch about it but what really matters is if people use the site more or less, if they push this change then they must of decided the numbers were in their favor.

Certainly on ad-supported websites we are all the product, not the customer but I hate the lazy thinking of every debate around this being about the company mindlessly making changes to enrage its users.
notcollin on September 26, 2014 at 5:07 AM · Report this

28
@8 Slog says otherwise. (See #8)
NotSean on September 26, 2014 at 6:02 AM · Report this
29
A company I used to work for strived to aggregate your age, gender, race, shopping and purchase history, "loyalty card" information, search, page views and clickthru response, social media shares, likes and interactions, mobile device behavior and location including in-store location, coupon redemption, current weather and events, email ad response and tracking, as well as household-level information by connecting your credit card to your address, all in an effort to provide people with more "relevant" advertising and increase sales for their clients.