Confused by the "GamerGate" Tweets Clogging Your Feed?

2
I'm just confused why the second 'g' is capitalized. Camelcaps is a way for computer programmers to string together two words under one identifier, like numberOfDeadCatsLeft. It implies that each time you reach a capital letter, you are dealing with a new word. So is this some type of gate, like on a fence or something? Is it locked and does it require a key? Or are the people who created this camelcase word too stupid to understand that '-gate' is a suffix used since Watergate (not WaterGate) to imply a controversy?

Maybe if they stop capitalizing that second fucking 'g' then people would stop reporting on the fact the movement is designed to have a pleasant civil discussion on gaming ethics via death and rape threats against women (and anybody else who notices).
delirian on October 22, 2014 at 2:07 PM · Report this
3
In a matter of moments, this thread will be swarming with gators.
keeponthesunnyside on October 22, 2014 at 2:13 PM · Report this
4
I feel a little sorry for the online store "GamersGate".

Less relevantly... is there somewhere that will actually explain what the hell is going on? I thought I followed gaming news, but I don't understand what the hell this was supposed to be.
What little I've understood is that it's a group of people being upset that people are upset at people who are upset wanting to rape and murder people who are upset by bigotry (typically against women). (I probably should have used commas in that sentence.)

I'm reminded a bit by the "split" between Sinn Fein and the IRA in this, having a mouth piece that can decry its actions while talking about wanting reasoned debate.
xizar on October 22, 2014 at 2:44 PM · Report this

Less relevantly... is there somewhere that will actually explain what the hell is going on? 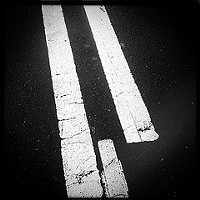 6
I will be so glad when this particular media superstorm finally blows over.
judgmentalist on October 22, 2014 at 3:00 PM · Report this

12
@10: Gamergate officially started with their tag based on that, but it has been existing for far longer. The attacks on Anita Sarkesian's kickstarter were clearly reminiscent of Gamergate (if it looks like a duck, walks like a duck, and quacks like a duck, ...).

The real issue with Gamergate isn't video game journalism ethics. It is the integration of feminist ideas into gaming. If this wasn't true, Anita Sarkesian, who has nothing to do with video game journalism whatsoever, would not be getting death threats at the highest rate in her career. She hasn't really released or discussed anything super significant since Gamergate officially started. So why are people raging on her now? Why is she such an elevated target when all she has done recently is give small speeches at colleges or conferences?

The journalism ethics point that so many GamerGate defenders use, is simply an excuse. It gives them an excuse to rally their base, say that there is a big conspiracy by feminists to sleep with journalists and make up false attacks, and then use that to create so much rage that actual feminists flee and anybody sympathetic to them is intimidated into silence.

Gaming is under attack! Feminists have now been proved to be trying to destroy everything that you love about video games, just as we always suspected! Fight now or we will be lost forever! Let them hear your rage! Oh, and if anybody asks you about this, just say it is about video game journalism ethics and that the so-called death and rape threats were invented by the feminists to discredit us.
delirian on October 22, 2014 at 4:13 PM · Report this
13
GamerGate is a "movement" that is ostensibly about reducing corruption and increasing ethical behavior in video games journalism. The fact that it spends very little time/energy complaining about the relationships between large publishers and news/reviews outlets, but does spend a lot of time complaining about (mainly female) independent developers who may be friends with some journalists and about journalists/reviewers who write op-eds about sexism/misogyny in the video games, is a puzzle that is left to the reader to decide upon. As is how GamerGate supporters refer to their "opponents" as "SJWs" (Social Justice Warriors) and "feminists".

The additional fact that many of these "opponents" of GamerGate have been harassed online and been the victim of death threats both online and in real life by supposed supporters of GamerGate, is also left to the reader- GamerGate's position on the matter seems to be that these harassers do not represent the movement, but their targets should just shut up regardless.

A Gamergate is a type of ant. Now you know!
PresN on October 22, 2014 at 4:34 PM · Report this
14
@4: It's misogyny pretending to be about corruption, despite the fact that it only protests small scale alleged corruption and not the widespread "you can only review this game if it's positive." bullshit that's almost universal.
Hanoumatoi on October 22, 2014 at 4:52 PM · Report this

15
Felicia Day just wrote about how GamerGate scares her and someone posted her home address in the comments within the hour.

Subtle parallels in that there are "fans", I'm sure, that think all those guys were perfectly justified in what they did and are happy to beat the shit out of you if you disagree.

Profanity-filled tirade here:
https://medium.com/the-cauldron/why-game…
Sandiai on October 22, 2014 at 9:10 PM · Report this
25
Beyond the bullshit about 'ethics' and the rampant misogyny, the whole shitshow boils down to one thing: a bunch of jackasses who are in the traditional gaming demographic (white, male, 13 to 35), and who not incidentally exhibit behaviors on the sociopathic spectrum, getting their dicks in a twist over people saying that their preferred hobby should not cater exclusively to them. They are people in a position of privilege who can not process the idea that other people have a right to exist in their world without feeling marginalised.

26
As a women who plays several MMO's, on voice, I can say that the way I'm sexually harrassed while playing alone versus how I'm treated when I'm playing alongside my "boyfriend," (who's actually just a friend) is remarkable. And I play mainly Bethesda games, which are quite non-sexist in their basic premise and setup. So for those of you saying that this is trivial, well... play as a shy introverted female a few times. That is all. Thanks for your attention.
Sandiai on October 23, 2014 at 1:00 AM · Report this

27
@26: When I play competitive online games, I often give myself a female name. I find it makes a good portion of the players not take you as seriously/want to fuck with you and it makes it easier to blast them. On the other spectrum are the guys who assume you suck and so go out of their way to help you.