Morning News: A Tornado Crashes Through Longview, Washington, and Other Weather Insanities 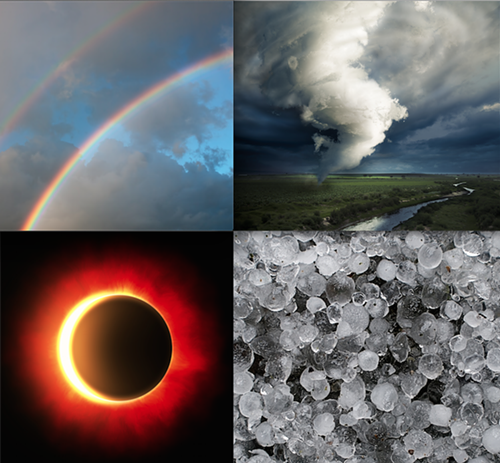 YOU GUYS, YESTERDAY'S WEATHER WAS INSANE: Let's start in Longview, Washington, where there was a goddamn TORNADO. "A tornado cut through Longview and Kelso on Thursday afternoon, tearing roofs off buildings, knocking over trees, shattering windows and scattering debris in a nearly 3-mile-long swath that included some of the busiest parts of town," reports the Daily News. No one was apparently injured.

Then, Did Y'all See the Solar Eclipse? Yeah? Followed by the DOUBLE RAINBOW, all the way across the sky?! YEAH? And did anyone get hit with all that hail? You guys, what is happening around here? Is it the apocalypse? What did Nostradamus say about all this? Okay, moving on...

Garfield High School Students Continue to Rule: When the school district sent Garfield a memo saying unfortunately, due to some budget math, they would have to lose a teacher partway through the school year, the PTSA and the student body said that sounded insane. Where are the kids with that teacher supposed to go to class? Yesterday afternoon, they organized a student walkout in protest.

This Week in How Bertha Is Totally Fucked: As crews dug a giant hole around the broken tunnel-boring machine so they could fix it, some "shell material" was found, halting the entire dig until the material can be examined to see if there are important cultural artifacts underground where they're digging.

Also This Week in How Bertha Is Totally Fucked: This week marks the time when the tunnel boring was supposed to be completed. Wait, is that right? Yep. "Bertha is projected to punch through to the surface near south Lake Union by October 2014," says a KOMO story from July 2013, with this amazing quote from WSDOT spokesperson KaDeena Yerkan: "We know exactly the path of Bertha and what she'll encounter along the way."

HEY! Did You Forget to Register to Vote? Well, Monday's your absolutely last day to go do it in person before the election. You can go here or here to do it. AND YOU SHOULD! Everyone else: Don't forget to mail your ballots! Last day to send it is Election Day, Tuesday, November 4.

How Should You Actually Vote? We tell you how, RIGHT HERE! Seriously, we doubt you can get through that ballot without help.

Police Standoff in Rainier Valley: SWAT teams spent last night trying to get a suspect in a shooting out of his home. He surrendered sometime after 2 a.m.

New York City Health Officials Tracing Ebola Patient's Contacts: The "seriously ill" doctor who recently returned from Guinea is now isolated in a hospital, but first he went bowling in Brooklyn and took an Uber home, so go make your hipster Ebola jokes if that's your thing. Meanwhile: How should the city react? Calmly, officials beg. Governor Cuomo plans to ride the subway today to prove that it's safe.

Also, in Case You Were Worried (I Know You Were): "Relax, everyone—Tori Spelling does NOT have Ebola."

ICYMI: Jonathan Golob wrote a great thing about Ebola and whether or not you should FREAK OUT about it for us on Slog a few weeks ago. You should really go read it.

Surgeons in Australia Transplant Dead Person's Heart to Alive Person: And it still works and everything. This appears to be quite a big deal.

And of Course, Your Friday Morning Video of Two Baby Ostriches Hanging Out with an Injured Baby Elephant: