The Renovated Cinerama Deserves the Hype 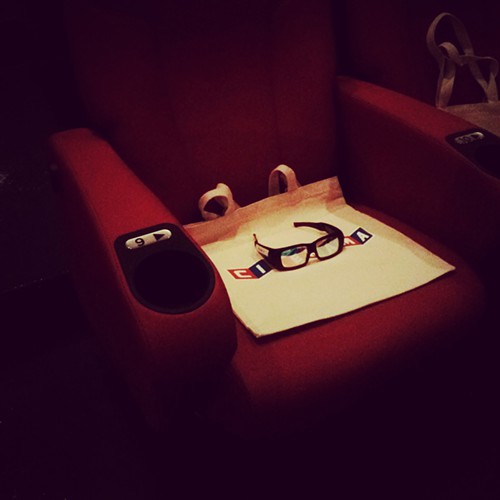 Some serious money went into the three-month renovation of the Cinerama, a movie theater that was opened in the early '60s and has been owned by Paul Allen since 1997. The major changes are to be found in the number of seats (used to be 798, and now is 570), and the addition of a super-fancy Christie 6P Laser Projector (Cinerama is the first commercial joint to have this kind of machine, which by my estimate cost $600,000). The huge space is now fitted with a 110 speakers, and each speaker is dedicated to a particular sound in a movie. All of this sonic richness is mixed and intensified by Dolby Atmos, a surround sound monster conjured by Dolby Laboratories.

The goal of these improvements is of course to stun our senses in a way that no home theater system ever can. This is the battlefield for the future of single-screen theater, and Paul Allen's troops and wizards are betting that the full power and magic of 21st century entertainment technology will overwhelm its many competitors, including smartphones and tablets. The theater opens to the public this Thursday (November 20) with a screening of The Hunger Games: Mockingjay, Part 1. The seats are made of leather, the damage for every screening is $15, and a glass of wine is $8.