Stickers Made Us a Tour Journal (Sort Of), and They Have a Show at Black Lodge Nov. 29

Seattle’s annihilative, sex-wave punk band Stickers recently returned from a West Coast tour with Pissed Jeans. Drummer Emily Denton, singer/saxophonist Gabi Page-Fort, bassist Troy Ayala, and guitarist Colin Dawson took their devil-may-care ways on the road to San Diego, by way of Reno, for some stick ‘n’ Proust adventuring. Stickers’ album, Swollen, is out now on End Of Time Records. They also released a video for their song “Sacajawea” shortly before they left.

Stickers discover Magical Universe on the road, expanding their minds and breathing with their yonis on extraterrestrial stevia of plant neurobiology. Don't drink the menstrual blood. I saw you soak in in that dirty creek! - - Vagina roomba pussy was sticking to the floor, bullet points spark that blood drinking uberpussy. - - Reno freak out for forthcoming regulars at the Thai joint, fly to Thai in Reno. #takeadate - - Turkey leg up horse leg kick from the tree but the demon I most admire has an eye for an asshole. I have an eye for an asshole; keep this pussy of abundance freshly flushed, no signs of danger, no withering leaves. Ahhh. Me and Paul and Babe. Babe totally raged and flared nostrils when he came on me. Threesome by the logger super fire turns sour, wood dampens. Still no Mrs. Bunyan. - - Spag Andy. Sauce that spag, man. Andy's gotta get spagged tonight. 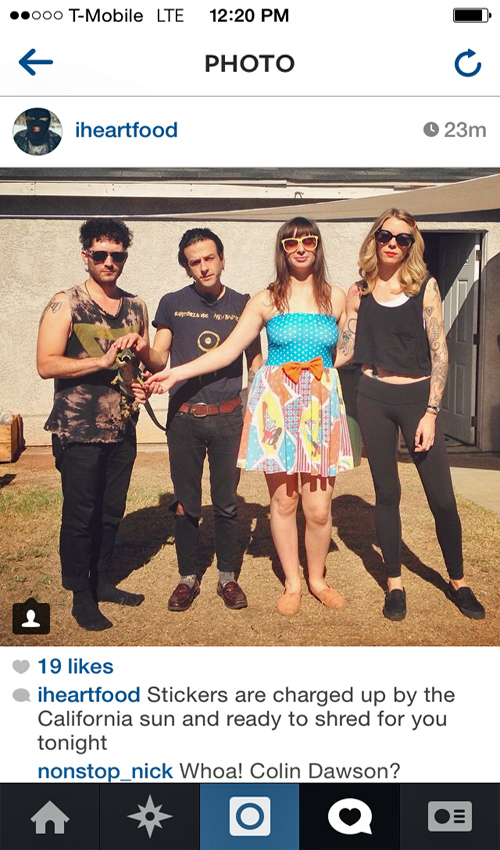 Swimming in Reno through a night oasis, we learn that TM stands for Trout Man. Ever since she went to that cult school she's been taking strange phone calls. We followed Gabi's Sacred Booger Trail to a very rich hot pot site in Reno where spiritual seekers bring offerings as rich as California surf-spliff and some tiny chairs for the Jesus Santas. Strung across the country, and in spots around the globe, these mineral soaking baths are fortified with the phlegm of the founders of the Sunset religion. Much like the Buddhas offered their seminal fluid water to heal their flock, the Sunsets invented osmotic dunk tanks and heated mineral infusions to heal the rockers. Settled among rocks in the yards of hot shredders worldwide, these pots are exclusive destinations for the glamorous modern gypsies galloping our freeways playing shows-a-day in their homes away from home.

Pissed Jeans sound checking. Gnar and fear are settling in as I realize the harness on our rider didn't happen. This stage is so tall. Ever seen a front woman tumble? Strap it to the canon rig still drenched in last night's Weezer confetti. A stage this tall means Matt Korvette can spray into the young boys mouths with an elegant arc of freedom. No harness needed for that.

Tonight's Jeans set was less antics and more pure transcendent shred than earlier on the tour. The Jeans didn't fuck around, rumbling and rollicking the crowd with the whole of the band and not just the mic man. Maybe it was finally loud enough or maybe it was that tall stage, or that Weezer juju lingering, dropping just the occasional confetti tab onto sweat sticky boy nipple. It was definitely my perfect spot of VIP protection with a view. Up the Matt nose and through the row of shred men back to Sean McGuinness jubilantly thwacking his drums, feet never touching the ground. Thank you, stage, noise, and darkness for these Pissed Jeans taking me high enough. Let's get to LA and do it again.

Missive 3/Interview: It's Hard to Use Phones in Southern California. Q: What regional lore has been discovered? 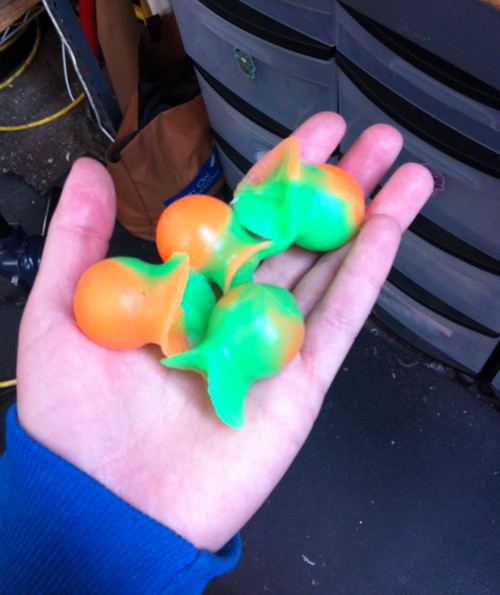 Q: What was Stickers in your previous life?

A: Dinosaur blood cobra blood mermaid blood Buddha blood get in there mandala you glad I didn't say banana?

Q: What are you driving? Who’s driving? Describe how they drive.

A: Our song “Two Ton Load” was inspired by David Attenborough’s Blue Planet. Whales have a custom of gang rape toward fertilization. A bunch of males get their turns in by force, the female writhing and trying to shake them off and decidedly not feeling it. Each of the attackers blows his load in her while wailing his particular mating call. Then the female drops down deep. She sings the song of the male she liked best and it turns her on. That male recognizes the sound, drops deep and lays it in her quite romantically. Her body responds to him and there’s kind of an elegant sway to the love making, think Bones Thugs N Harmony. And he blasts into her and by the power of their connection and the susceptibility of her womb his sperm displaces every other swimmer still in there from his competition, implanting his seed and forwarding the finer lovers of the race. PS: Drinketh of mine yoni, pussy of abundance. 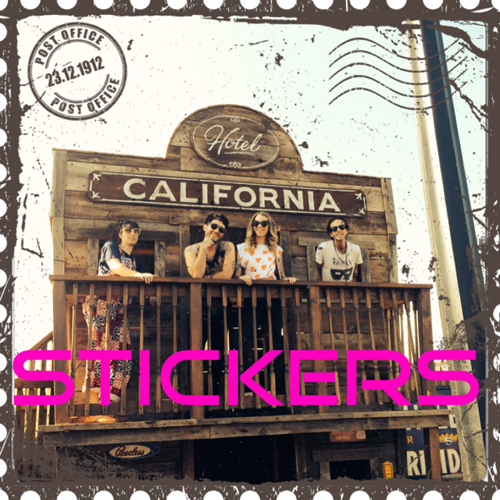 Missive 4: Out of the Weed and Through the Siskiyous

Into the mist and hearing about the Moors, grouse hunting for pleasure. Bunny fondling for sport - don't try to carve that balsa into a female voice. You don't stand an adams apple's chance in Shari's kitchen. Hitch the trailer to it, you won't be sorry at 55 mph. It's important to think about murder in the van. People go missing, slipping over the precipice cliffs of clover never to be heard from again. Would you kill to protect your band? Slaughter an ex-tribal rival to feed hungry Sticky mouths? Fuck your sandal workshop, nobody wants to wear your stupid shoes. Clean all these wretched cattle off my landscape for chrissakes, my eyes my eyes!

Darkness descends over the final ten hours of tour. Fingers re-compulsively clutching disembodied arm phones : I blame podcasts. Too loose, too inviting for such slippery consciousness. Oakland saw us out on a wave of hard knocks bananas. Goddamn Reptoid gave me nightmares. Reptoid the one-man drummer band in the picture. Gas mask crooners of America deserve a prettier tool. Let's make them lucite at least. Sounds like a motherfucking dust storm, cover your nostrils. Salty from the mighty Pacific, which doused me and Costalupes twice. This time at a Ventura God-worship trailer park where the children write sand love notes to the weapon of mass destruction in the sky. "We should be on the Pissed Jeans list." "Uh-huh, you think those men of honor will vouch for your faggy sort? I saw the carnage as your copter of kindness slaughtered hatred in Honduras. Sex is the only evil. The Stickers are banned from the pearly grates!!"

Great. Matt's repression-strip-tease has totally bamboozled the after court, and here our drippy lustiness is irresistible for Crazy Eddy the fucktard in the fire pools downstairs. I put a call in through the internet and summon Captain Planet as embodied by Randall Huth. By these powers combined I can Neti pot in the sacred fountains of Yeshua's green room, raining gloriously viscous mucous down from the heavens to suffocate the flames of evil and lube the sinthetic buttholes for their epic journey into the small intestine of the mighty Thor.

I wonder what food processor emerges when our copter takes its semi-permanent landing on the mossy roof of the glen, leaving us no monument and infinite distraction. Weary hips settle deeper into the plush van upholstery and I get back to my tittie fucking the rolling hills and pillow talking the dragon, master of all realms. Rusty firebreath against in-vitality, or is it un-vitality? The anti-zest. Keep your freedom loosely buckled around your waist. Keep the blankets beneath it so we don't disturb your rest. Get your AfterLife DVD with bonus extras free for 21 down payments of 19 phrases each. By your content combined I am. 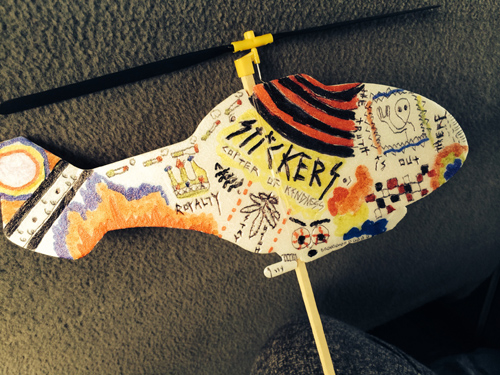 Q: You guys went to a sandal workshop?

A: Sandal Workshop is a Sunday Cairo activity we saw way too much about on Instagram.

Q: Thanksgiving happened. What sort of things did Stickers stuff their Turkey with?

A: Our earliest release features one of my best lines ever, “I'll show you my Thanksgiving if you show me yours.” We stuff our turkey with love and kindness.

Q: How would you sum up your tour in one word?