The Morning News: Seattle Leaders Against the Death Penalty, Senate Republicans Against Bertha

Everyone Is Wondering Why We Still Have the Death Penalty in 2015: On Monday, a unanimous Seattle City Council, Mayor Ed Murray, and City Attorney Pete Holmes asked state legislators from the area to end the death penalty at the state level. The decision arrives while two King County death penalty trials are under way.

There's Also a State Bill to End the Death Penalty: Representative Reuven Carlyle (D-Seattle) introduced a bill on Monday to end the death penalty, as he's done every session for the last five years. Will attention to the local cases be enough to tip the balance in Carlyle's favor? His bill makes a pretty compelling cost-savings argument (death is actually more expensive than life without parole), never mind the fact that it is for-chrissakes 2015, and the United States is the fifth-highest-ranking capital punishment executioner in the world. 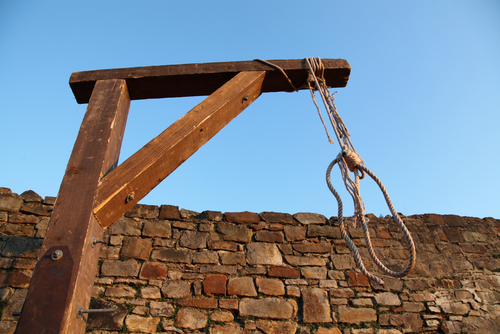 Twenty People on Death Row Have Been Exonerated Since 1993: Thanks to the Innocence Project. You might also remember that executioners horribly botched three lethal injections in Ohio, Arizona, and Oklahoma last year alone. 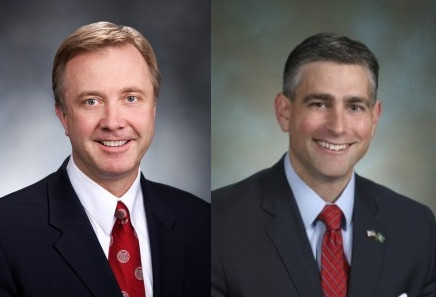 Whoa, There's Now a State Bill to Kill the Bertha Tunnel Project: It's sponsored by senate Republicans Doug Ericksen (R-Ferndale) and Michael Baumgartner (R-Spokane). They're not your typical anti-tunnel crowd, but you can read more about why they want a do-over for the Alaskan Way Viaduct replacement project here.

Another Possible Hate Crime on Capitol Hill: A 37-year-old with a knife allegedly threatened three men and yelled "derogatory remarks about their sexual orientation." He's been charged with felony assault and malicious harassment.

A Man Died by Falling over an I-5 Ramp Last Night: It happened near a homeless encampment.

Here Are the New Seahawks Super Bowl Emojis: The Big Emoji app even includes what can only be interpreted as a queefing football, in honor of the Patriots.

The New York City Snowmageddon Wasn't Actually That Bad: After New Yorkers stocked up on emergency supplies of Jim Beam, lube, and plastic containers full of deli cheesecake, the Snowpocalypse-to-End-All-Other-Snowpocalypses mostly missed the city and hit Connecticut and Massachusetts instead.

Local Fox News Guy Calls Black Lives Matter Organizer a "Lil Girl" on Twitter: Yeah, fourth estate! Afflicting the comfortable and comforting the afflicted! Local Fox affiliate news anchor James Lynch attempted to tweet at Mohawk Kuzma, a Black Lives Matter protestor who was arrested on MLK Day and wasn't charged with anything. "Heard u were crying like a lil girl when u got arrested. Just leaving you up long enough 4 u 2 read then u WILL BE BLOCKED," Lynch tweeted at the wrong account. It almost makes us embarrassed for him. Ansel has the rest here.

Legal Pot Could Become a Bigger Market Than Organic Food: An analysis from a California cannabis investment firm reports that legal pot sales grew 74 percent in 2014.

Scientists Have Discovered How to Unboil Eggs: They've blinded us with science! University of California-Irvine and Flinders University researchers have figured out a way to separate proteins in boiled egg whites that allow them to transform back to their original states. Possible applications of the technology include decreasing the cost of cancer treatments.