Is Football Just for Straights? We Asked 12 People at the Gay Bar Yesterday...

Kelly and Sorin: "We don't really watch football, but we came out today to C.C.'s for the camaraderie. It's fun. It's great to see people so happy. Sorin and I are also celebrating our one-year anniversary. We got married in Seattle." 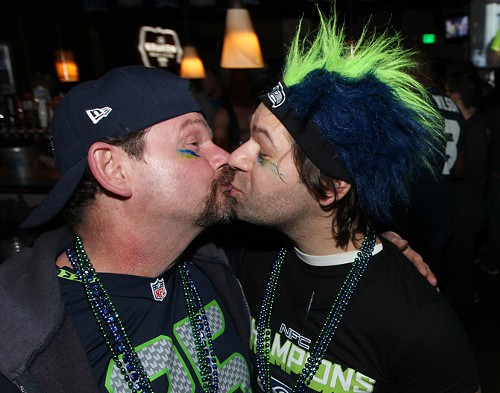 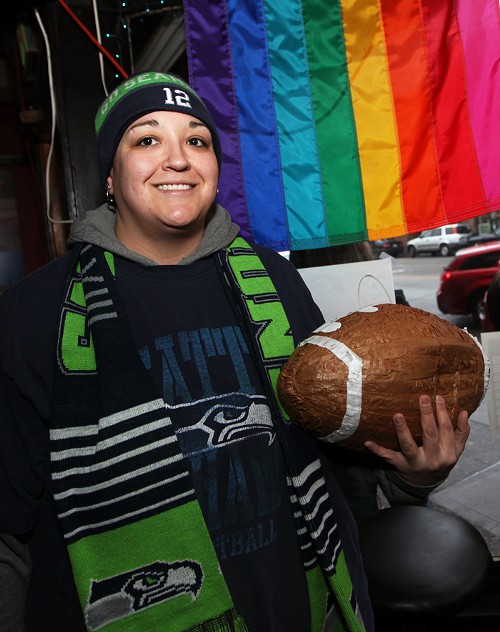 Dannah, Tipton, and Jheanelle. Tipton: "Did I move here because of the Seahawks? Haaa! No. I moved here originally for a girlfriend." 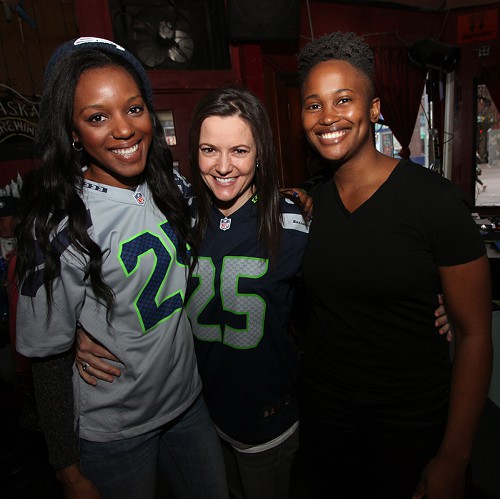 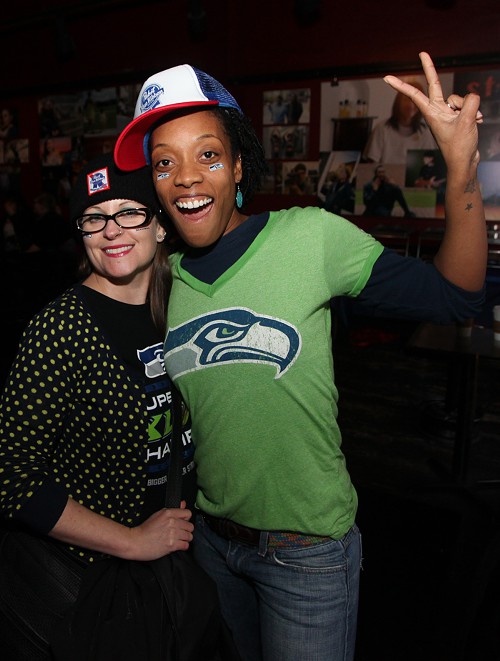 Paul: "I'm from South Dakota originally. They don't have a football team..." 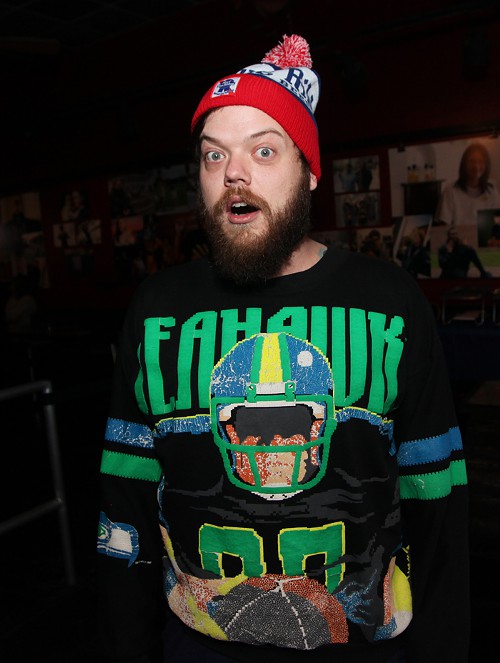 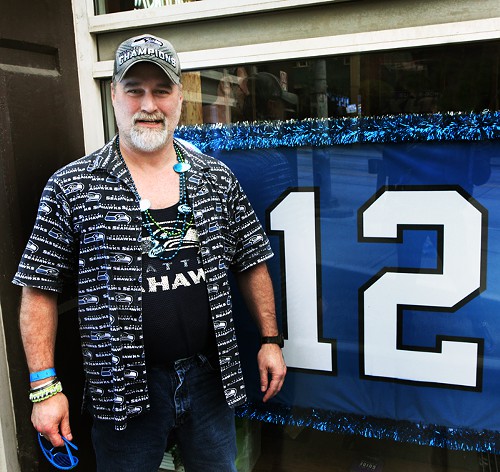 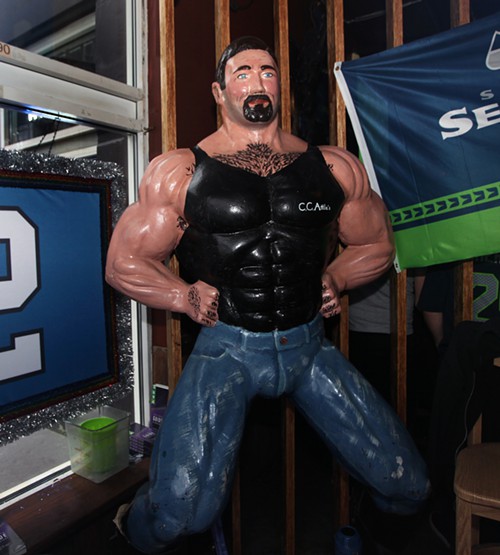 Erik, left (who I ran into at Bar Sue): "We're drinking during the game, and just watching the commercials, really." 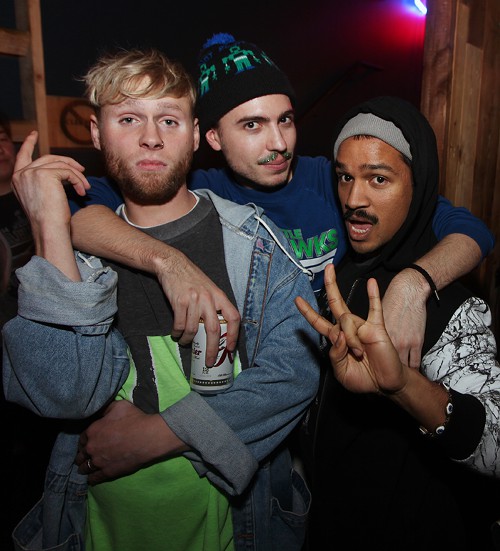 Ray, center, at the Crescent Lounge with Sideshow Ben and Terry Heretic: "I've lived here for 21 years, and I've been a 12th Man ever since I walked up in this mother!" 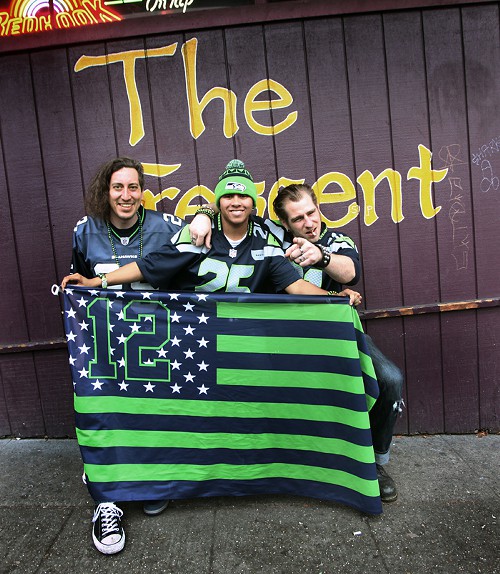 Lastly, check out Ray and Terry's official SEA-Conch Shell. It made a really great sound every time the Seahawks scored. It's the REAL 12th Clam, probably. 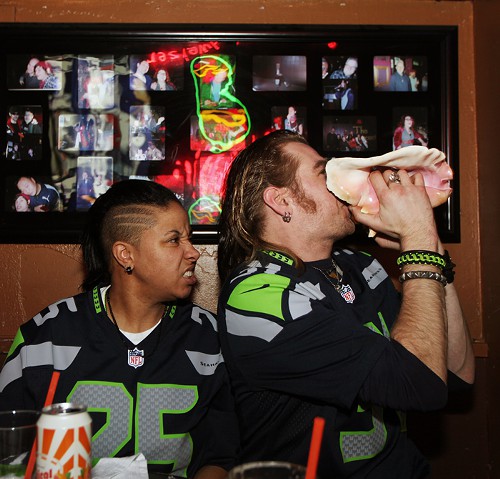 Special thanks to and additional reporting by Nicki Danger!
Sponsored

Slog PM: A Plane Full of Pets, Amazon "Crushes" Expectations and Pats Itself on the Back for a $15 Minimum Wage

How to Look at Michael Heizer's "Against, Adjacent, Upon"

Time Is Becoming More Oppressive As We Near Election Day