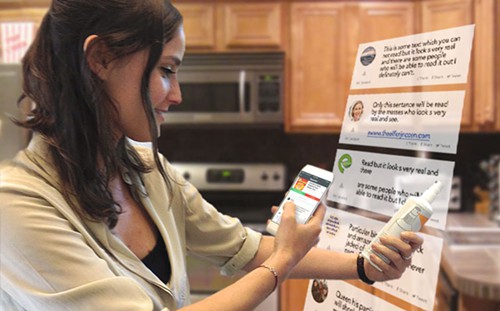 Carol wasn't sure about spraying whatever is inside this bottle directly onto her eyeballs, but then she used OpenLabel to figure it out. Courtesy of OpenLabel
Sponsored

Labels suck. Few contain good information, and just about anyone can slap a sticker that reads "farm fresh" on a package of chewed-up meat parts covered in corn syrup and call it a day. Everyone Googles information about products they have questions about anyway, and often after they've already impulse-bought the things.

But local Seattle software entrepreneur, former BitStar coffee shop owner, and (briefly) former mayoral candidate Scott Kennedy says he has a solution for those moments when you've got a suspicious product in hand but are too rushed to do a Google search from your smartphone. It's an app called OpenLabel, and it's basically a Wikipedia of crowdsourced information about any product. It launched earlier today.

As an example, say you're thinking about buying a stroller for your pregnant friend. OpenLabel would scan the stroller's barcode and pull up comments from nonprofits and the hive mind—sort of like a more refined Yelp. Before you buy, the US Consumer Product Safety Commission might have a warning in the app about the stroller's folding hinge, which can cause "a laceration or amputation hazard." (Yes, this is a real example.)

But Kennedy's app wouldn't just scan for mechanical hazards or toxins. Products might contain warnings about slave labor or unethical supply chains, too.

"I know you can scan products and get deals on your phone, but who's tying together all the databases of nonprofit materials and government recalls?" Kennedy asks. "There wasn't anyone doing it, and that's still bizarre to me. So I hopped back in [to the software world], because similar to my choice for running for mayor, I'm appalled there's no one else adequate." 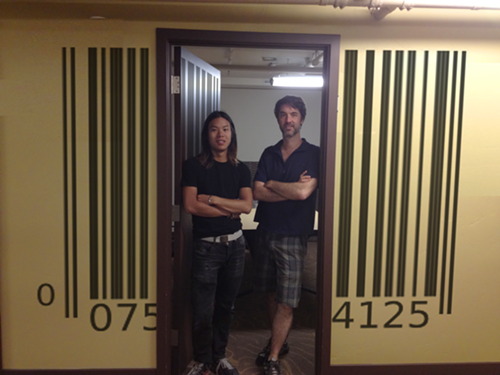 With about $500,000 in funding from angel investors at Google and Facebook, as well as a series of micro-investments, Kennedy and his team have assembled about 21 million products in the OpenLabel database. Now OpenLabel just needs people to download the app and contribute their own comments and products.

Kennedy hopes to one day register OpenLabel as a public company and monetize the database by offering up detailed portraits of consumers' opinions on various products. OpenLabel still has a lot of scaling up to do in the meantime, but Kennedy says the app's already picked up on a number of heinous ingredients in a surprising category of products: Baby stuff.

"There's a lot of bad stuff in baby things," Kennedy says. "You'd figure even the lowest of the low would stay away from that."