Spike Friedman
Back to article

1
A eked out win literally *on the line* -- Man, was that game ever the perfect metaphor for the November election and the near-stalemate in the country right now!
Dunno on February 5, 2017 at 11:42 PM Report this
2
Yeah, evil won. Your preview was insanely, like, prophetically fucking right. It scares the shit outta me how right it was.
charlie-mark on February 6, 2017 at 4:21 AM Report this

3
I woke up this mornings and I said to myself, "Self, you're goibngt o give a fuck about sports today."

And I tried. I gave it so much effort, I strained my occipitofrontalis muscles to the point where I might now require surgery. I pushed myself to give even the smallest fuck about sports that I may have prolapsed by anus.

However, despite my tenesemus, I could not eke out even one fuck.

4
@3: Yeah, sports has nothing on the thrill of desperately (and man, you are coming off as desperate) trying to convince internet randos how much more enlightened and intelligent you are for not caring about sports so much that you make sure to post about how little you care about sports on a blog post about sports.
Theodore Gorath on February 6, 2017 at 7:40 AM Report this

9
I was struck by the three in a row 3rd-down defensive holding penalties against ATL - I believe on NE's 1st scoring drive. good job keeping them in the game, refs. whatever it takes.
Max Solomon on February 6, 2017 at 9:28 AM Report this

10
@9: I was stirring the chili pot during the second call, but the first and third ones were definitely legit penalties. Not flagrant, but calls that could definitely be made.

But to answer the question of "what happened" the short answer is that Kyle Shanahan happened.

I watched every game he called as the Redskins' OC, and all the flaws he had then were on full display during this game:

Abandoning the run at the worst possible time? Check.

Running out of creativity outside of the first half? Check.

Passing on a 3rd and 1 with a top ranked run game? Check.

Good luck in San Fran with far worse talent, an owner who makes Dan Snyder seem reasonable, and a GM who has never held a front office NFL job, Kyle.
Theodore Gorath on February 6, 2017 at 10:03 AM Report this

it didn't win or lose the game, but it was striking.
Max Solomon on February 6, 2017 at 10:25 AM Report this
12
@11 All three holding calls were fully legit, as was the pass interference in OT. In fact, the least legitimate defensive penalty was the one on Butler of the Patriots before the Falcons' last TD.

Anyone who thinks the refs had any impact on the game doesn't know or watch much football. That was about as good a game as refs are ever going to have.
Peri427 on February 6, 2017 at 10:56 AM Report this

Having originally trying to get on board with the 49ers, I've very much enjoyed their post-move implosion and wish for many losing years and undersold games to come. You couldn't imagine a more 49ers-loving neighborhood than mine, and I didn't see a single a Niners flag on a house this season. I wish we could keep the Raiders and let the 49ers go to Vegas.
Dougsf on February 6, 2017 at 4:11 PM Report this
17
we feed on this. so delicious.

19
Three things:
1. That stupid stupid strip-sack. If the RB hadn't bailed on the block and let Ryan get blindsided, the Falcons would have won.
2. The Patriots had way more time of possession, and it showed later on; the Falcons' defense was tired out and couldn't contain Brady the way they did early on.
3. The Falcons' offense got lazy in the 3rd and tried to just turtle and run the clock out, instead of playing aggressively to sustain drives.
venomlash on February 6, 2017 at 4:30 PM Report this 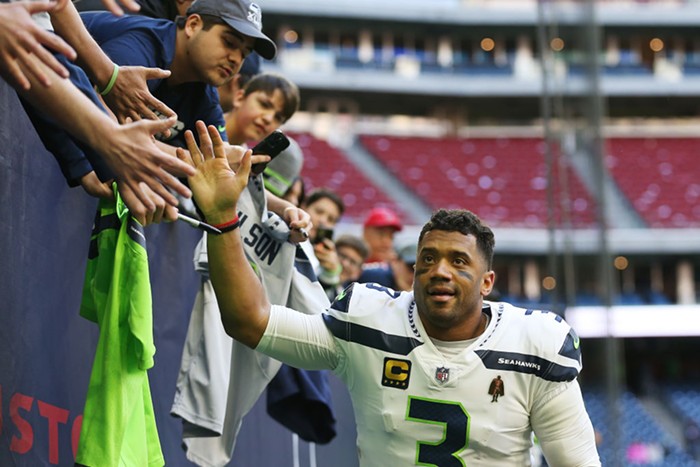