(BOOKS) Bruce Adams's new book You're With Stupid is every self-described Gen X music nerd's dream come true. Before founding kranky in Chicago in 1993—when Whitney Houston's version of "I Will Always Love You" and Tag Team's "Whoomp! (There it Is)" topped the Billboard charts—Adams was working at Touch & Go. The label was synonymous with Chicago—it was home to the Butthole Surfers and Steve Albini's Big Black. Over in Washington DC Fugazi was starting to take off, bringing Ian Mackay's Dischord Records with them. On the other coast, our coast, a Green River press release had just introduced the word "grunge" to the masses via Sub Pop. Just as the wave crested, Adams co-founded kranky, an indie rock label with a deep catalog that includes everything from pre-Sub Pop Low to early Godspeed You! Black Emperor. You can bet there are some stories to be told, and Adams will be at Elliott Bay Book Co. to discuss it all with the one man in Seattle most qualified for the job, Stranger music critic Dave Segal. Segal fell in love with records while growing up just hours away in Detroit in the 80s—he wrote for Creem Magazine and was one of the first music journalists in the country to review kranky releases back in the day. It's going to get gloriously nerdy. (Elliott Bay Book Company, 1521 10th Ave, 7 pm, free) MEGAN SELING

All the Beauty and the Bloodshed

(FILM) On March 10, 2018, dozens of anti-opioid protesters marched into the Sackler Wing of the Metropolitan Museum of Art, threw pill bottles in the fountains, and chanted slogans condemning the family for which the wing is named. The Sacklers have deep business ties to deadly painkiller OxyContin and a philanthropic passion for art; their names were plastered on some of the most prominent museums in the world. Prescription Addiction Intervention Now (PAIN) protesters called on the Met, and all other museums, to remove the Sackler name from their buildings. Among these protesters was the organization's founder and celebrated photographer Nan Goldin. Goldin almost died of an opioid overdose and was incensed by the Sacklers lack of accountability. All the Beauty and the Bloodshed, directed by Laura Poitras, is a documentary that follows PAIN's actions against the Sacklers while also tracing the contours of Goldin's illustrious career as a photographer. It's split into seven chapters, which start with a slideshow of Goldin's work, weaving the past and the present, rare photos and footage, narration and interviews. The film is not only a beautiful portrait of Goldin and her career intimately documenting her community in the late 1970s and '80s, but also one of the downfall of the Sackler family. All the Beauty and the Bloodshed is vital viewing. (SIFF Cinema Uptown, 511 Queen Anne Ave N, various showtimes) JAS KEIMIG

(FILM) Dan Savage wrote a movie! Spoiler Alert, written by David Marshall Grant and our very own Dan Savage, is based on Michael Ausiello's heartbreaking 2017 memoir Spoiler Alert: The Heroes Dies and, well, yes. In this film, as in the book, as in the real life that inspired the book, the hero, Kit Cowan, the love of Ausiello's life, dies. But Ausiello's story isn't just about death! Michael Showalter—who I will forever remember as the puppy-throwing, dildo-loving idiot from Stella's comedy shorts—is the director who brings the poignant story to life, and Ausiello and Cowan are played by The Big Bang Theory's Jim Parsons and Fleabag's Ben Aldridge. Three very funny people! Making a movie written by another very funny person! I promise, you are going to laugh! But yes, it will be sad—Spoiler Alert's publicity team apparently passed out branded packs of tissues at early screenings—but sometimes it feels really good to just ugly cry your guts out. Go see Savage's movie. (Spoiler Alert is showing at Admiral Theater, Regal Meridian, AMC Seattle 10, and more) MEGAN SELING

THEM, King Sheim, and Cherry Ferrari at Barboza

(MUSIC) THEM is a West Seattle girl group composed of four under-21-year-olds who create the kind of music you wished you could have made at their age. Dreamy and nostalgic, their tracks are poppy and guitar-driven, buoyed by a clash of harmonies and cymbals. Over the past year or so, THEM has been blowing up, playing on the KEXP waves, at the Paramount, and during the 2021 Freakout Fest. Their latest EP, the car, is a bite-sized concept album that explores love, breakups, and, yes, cars. And on Friday, the band is playing their first headlining show at Barboza. The self-titled "punk-pop princess of Seattle" King Sheim and Cherry Ferrari are on opening duties. Don't miss this cute-ass show! (Barboza, 925 E Pike St, 7 pm, $12, all ages) JAS KEIMIG

(FOOD & DRINK) Not too long ago, I was eating and drinking at the Taproot Cafe & Bar in Columbia City when in walked the mayor of Seattle, Bruce Harrell. I tightened up for a confrontation with the man because I supported his opponent during the 2021 race. I'm also strongly opposed to his position on homelessness and graffiti. But the encounter was civil, and he ordered Taproot's steak sandwich, which is coffee crusted and packed with good things (avocado, arugula, pickled pepper relish) between ciabatta. After the mayor left the business with his grub, I was informed that he not only regularly bought Taproot's steak sandwich but rated it as the best of its kind in town. A few days later, I tried the mayor's best and found that his reckoning on this matter was not faulty. The best thing about this sandwich is its meat, which obtains that perfect space between flavor and softness. The sandwich is also large. The mayor's bodyguard did not order anything at Taproot. (Taproot Cafe and Bar, 4908 Rainier Ave S, open Tues-Sun) CHARLES MUDEDE

(HOLIDAYS) What could be more festive than the forces of good triumphing over an evil empire? Mark the holidays with a tasteful and tasty photoshoot at Lucky Envelope Brewing, where you can sip adult beverages while a phalanx of Star Wars cosplayers make themselves available for convenient vanquishing. Each $15 ticket will get you a photo suitable for holiday cards, framing, or updating your Scruff profile. And it’s for a good cause: proceeds will benefit Treehouse, a Washington nonprofit that serves youth in foster care. It’s all made possible by the 501st Legion, an international group of Star Wars cosplayers who have, traditionally, emphasized villains: various Storm Troopers, bounty hunters, inquisitors, and Darths of the Vader persuasion. There was a time when dressing up as evildoers such as these seemed like cartoonish good fun, but now, times being what they are, it seems in poor political taste to valorize fascism. So choose your photo opportunity wisely! A Christmas card featuring Storm Troopers in heroic, victorious poses is likely to extinguish any hope of holiday cheer, but you can warm hearts far and wide with a scene of imperialists experiencing the agony of defeat. Happy Life Day, rebel scum! (Lucky Envelope Brewing, 907 NW 50th St, 3-7 pm, $15) MATT BAUME

The Globe at Oak

Tomato basil soup from Caffe Minnie's. Sweet and sour fake chicken balls from Bamboo Garden. The Crispy Baked Polenta appetizer at Georgetown Liquor Company. I have a growing list of food I have loved but will never eat again. When a restaurant closes or changes ownership, too often the recipes go with them. I'm pleased to say that is not the case with another beloved dish, the famous biscuits and gravy from the Globe, the long-closed vegan cafe on Capitol Hill. It's Thanksgiving tradition at Oak on Beacon Hill to replicate the dish every November—they call it the Globe, obvs—but last week the restaurant announced the dish was so popular, they're keeping it on the menu through December 24. GO. GET. IT. Toasted sourdough bread is topped with fat slices of grilled marinated tofu and smothered with mushroom gravy. It's served with a side of mashed potatoes and more gravy and cute little cup of cranberry sauce. I don't remember the Globe ever serving it with potatoes and cranberry sauce—I was skeptical! But I was wrong. The best bite is when you get a forkful of everything—the bright, tart berries, the earthy, salty gravy, the savory tofu—it's perfect winter comfort food. Get an order of the corn nuggets, too. (Oak, 3019 Beacon Ave S, open Mon-Sat) MEGAN SELING

Matt Rogers: Have You Heard of Christmas?

(COMEDY) You might know Matt Rogers from the podcast Las Culturistas, or from the barebacking bit in the movie Fire Island, or from his voice on Q-Force. And now you will know him as the spirit of the holidays, thanks to his new musical revue Have You Heard of Christmas? in which he will perform original songs inspired by Christmas, a holiday. This live show is an adaptation of songs from Rogers’ new Showtime comedy special, which is real and tells the generally-fictionalized story of how he created a live Christmas show that has become iconic and beloved, or at least it will if you bozos buy tickets to see it. Somehow both sentimental and sarcastic, Matt’s show-within-a-show-about-a-show is the sort of weird mind-bender that has the power to beguile cynics who are exhausted by the season before it even begins, and also weirdos who live in Christmas Tree Shops year-round. May your holiday be as festive as it is horny. (The Neptune, 1303 NE 45th St, 8 pm, $35, all ages) MATT BAUME 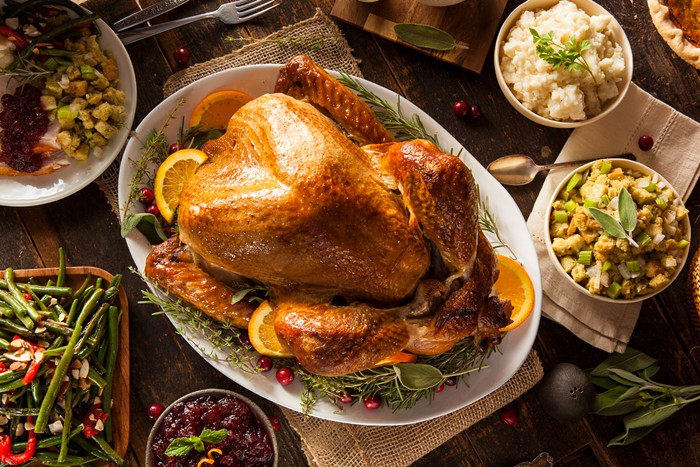 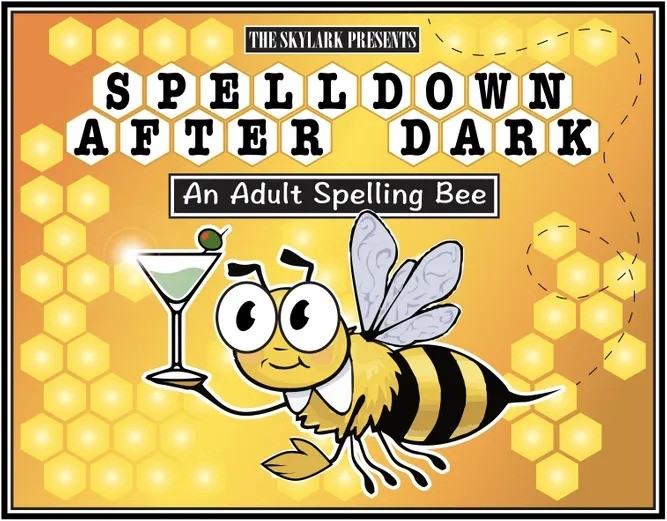 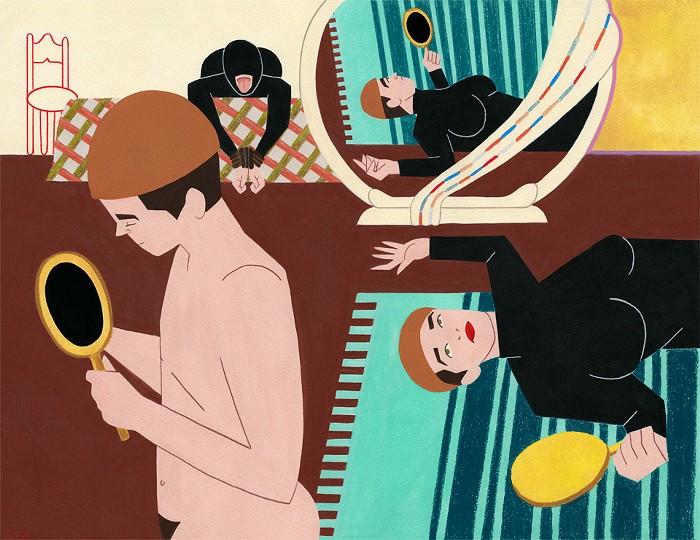 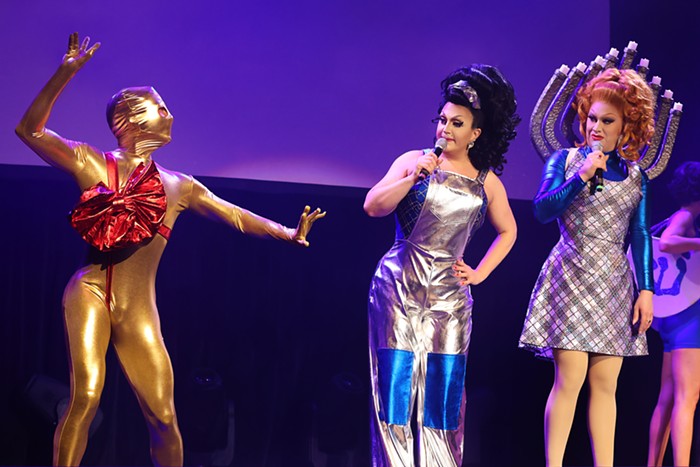