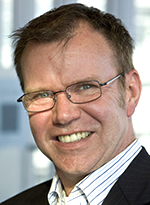 Killoren, an able enough bureaucrat but never a favorite among artists and visionaries, is headed from one Washington to the other. After eight years as head of Seattle's arts office, he's going to lead a program at the National Endowment for the Arts. From this morning's press release:

The National Endowment for the Arts (NEA) announced today that Michael Killoren will join the NEA as the director of Local Arts Agencies and Challenge America Fast Track. Mr. Killoren will manage NEA's grantmaking for these two programs as well as develop partnerships to advance the local arts agency field as a whole. He will begin his work on October 12, 2010.

Killoren's landing well, and he's lucky to be leaving, given Mayor McGinn's determination that arts funding will probably be significantly cut given the city's shortfall. Who'd want this job now? It'd have to be a scrapper. Or will this signal changes to the structure of the office itself?

Comments 2
Tags: Theater Visual Art Blogs Arts
The Stranger depends on your continuing support to provide articles like this one. In return, we pledge our ongoing commitment to truthful, progressive journalism and serving our community. So if you’re able, please consider a small recurring contribution. Thank you—you are appreciated!
CONTRIBUTE NOW