Over at the Hedreen Gallery, two individuals in wetsuits—one blue, one yellow—are quietly inhabiting a kiddie pool ringed with dead horsetails. The individuals have been in there since 1:30 or so. Above that kiddie pool hangs a wolf skin that is slowly and steadily dripping red liquid from its snout. That red liquid, according to another artist who happened to be in the room, is pig blood. It must've been packed with exquisite care inside that wolf skin, because its drips are as slow and regular as a water clock.

The individuals look like slender manatees and are very carefully and very slowly working their way clockwise around the ever-redder kiddie pool, occasionally pulling their heads out of the water or gurgling their snorkels. One observer noticed that when the manatees' butts are in the air, the droplets of blood hit and radiate slowly across their wetsuits in almost intentional-looking patterns—these are the kinds of things people notice while sitting and watching a physically quiet, time-intensive performance.

Then, a couple of people burst into the room and one shouted "I can't believe Argentina won!" The manatees didn't seem to care about the World Cup.

This is the first iteration of the 2014 Yellow Fish Epic Durational Performance Festival, running between right now and Aug 2. There will be more to say in the coming days and weeks—haters will think it's silly, lovers will think it's vital, the rest of us will oscillate between those two centers of gravity as we see different pieces and achieve different levels of engagement or boredom over the coming weeks. (Having dabbled with durational performance in my distant past, I can say with confidence that nobody experiences the tedious lows of that kind of work more than the performer.) But for now, just know that two human manatees are soaking in a large container of water and pig blood.

People have also been sprinkling in handfuls of what looks like salt, sugar, and dried leafy matter (sage?) from a few bowls at the entrance to the room. Nearby, there is a statue with incense, what look like vials of milk, three tarot cards, and some torn-out pages from books pasted on the walls. 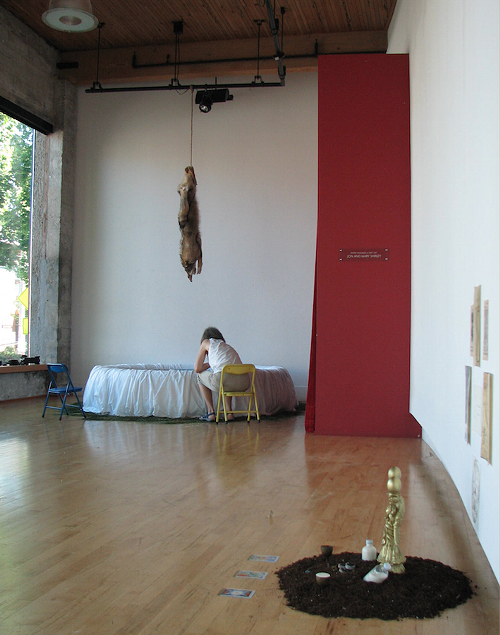 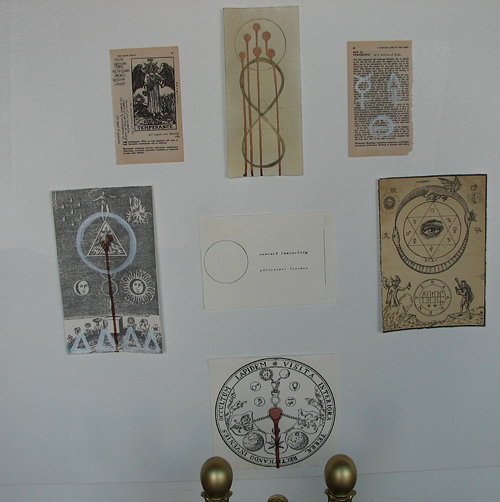 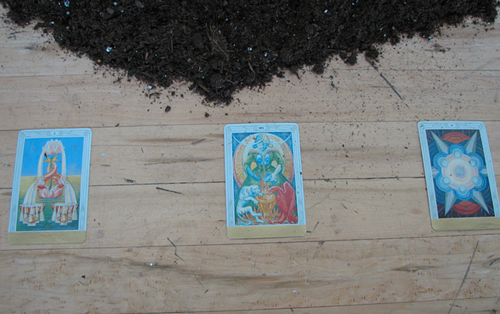 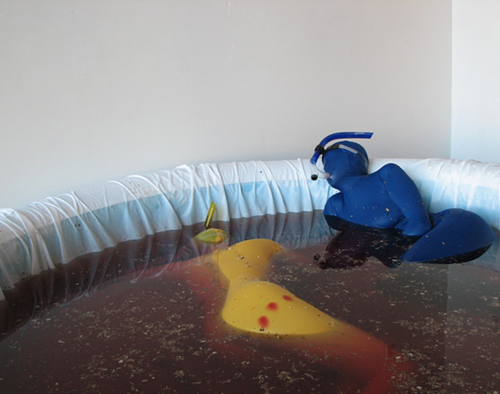 As I sat near the pool, half-facing the window, I saw a young couple walk by. She was wearing a simple dress. He wore a beard, a fashionably ratty baseball cap, and thick glasses. They stopped, stared, and through the glass I saw his lips say: "What the fuck?"

That, my man, is an excellent place to begin. 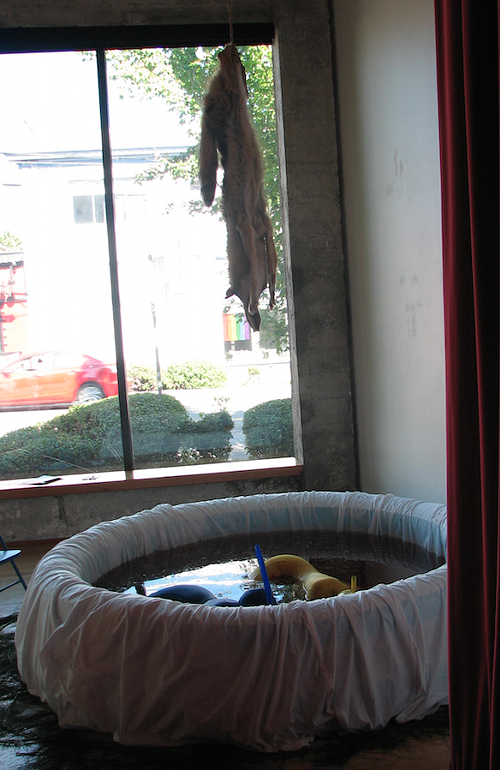 Comments 15
Tags: Theater Blogs Arts
The Stranger depends on your continuing support to provide articles like this one. In return, we pledge our ongoing commitment to truthful, progressive journalism and serving our community. So if you’re able, please consider a small recurring contribution. Thank you—you are appreciated!
CONTRIBUTE NOW