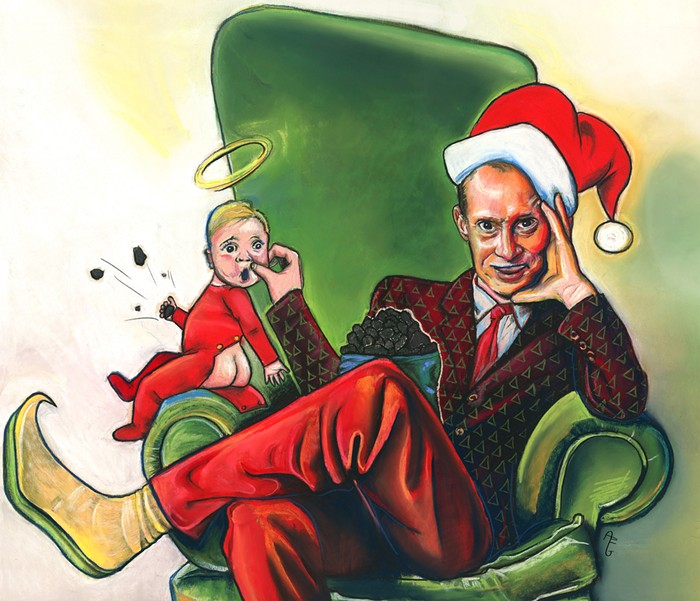 John Waters comes to Seattle every Christmas season, doesn't he? It feels like it. The potty-mouthed original daddy of filth is putting in his time yet again this year, and we're lucky to have him. If you ever wanted your face or butt or bloody tampon to be signed by the troubled filmmaker behind Hairspray, Pink Flamingos, and Female Trouble, he will do it at A John Waters Christmas. Just buy some merch.


Last Christmas, you said you wanted riots. Did you get what you asked for?

Not enough! I want more gay trouble and more radical behavior... What happened to all the kids who were walking out of school?


I don't know. Didn't you say you thought antifa were kind of sexy?

NO! I think they aren't sexy ENOUGH! I read The Anti-Fascist Handbook, and it was kind of dull, you know? There was no humor. The black bloc, they at least kind of have style, and they have those shields made out of duct tape, which I'm kind of jealous of... but I have always thought they should add a little color, a hint of red for communism or something.


Any holiday decorating advice for Melania Trump and the White House?

From the decorations I imagine, the Trumps would have Jeff Koons sculptures without the irony. They would have them for real and think that they make them look richer, when of course that makes them look the poorest in taste.


Did you see her holiday decorating last year?

Yes. It looked like a very goth Las Vegas.


Any holiday traditions that we can do away with?

Black Friday. I don't understand why people would purposefully want to go to crowded stores. That's a mystery to me. Obviously people like it. I could never imagine doing it. It's the same reason I hate gambling. It's embarrassing when you win. You have to admit you're that poor. And they don't even have the cascading coins anymore—they have the sound of it but no coins. When I found that out! I mean, they give you like a credit card—what fun is that?! It's embarrassing. The lights go off, and you have to jump up and down because you won $20. I try to leave as quickly as possible when I go to Las Vegas.