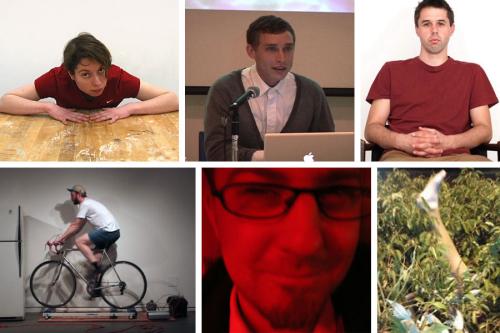 These are the artists shortlisted for the Henry Art Gallery's new award, The Brink: Respectively, Isabelle Pauwels (Vancouver, B.C.), Gareth Moore (Vancouver, B.C.), Isaac Layman (Seattle), Matt Browning (Seattle), Aaron Flint Jamison (Portland), and the apparently basically un-Googlable Alex Felton (Portland) (that last image came up under his name, but we have no idea what or whether it has to do with him).

What do I think of this list? I'll tell you when I find out more about Jamison, Moore, Felton, and Pauwels.

Comments 15
Tags: Visual Art Blogs
The Stranger depends on your continuing support to provide articles like this one. In return, we pledge our ongoing commitment to truthful, progressive journalism and serving our community. So if you’re able, please consider a small recurring contribution. Thank you—you are appreciated!
CONTRIBUTE NOW